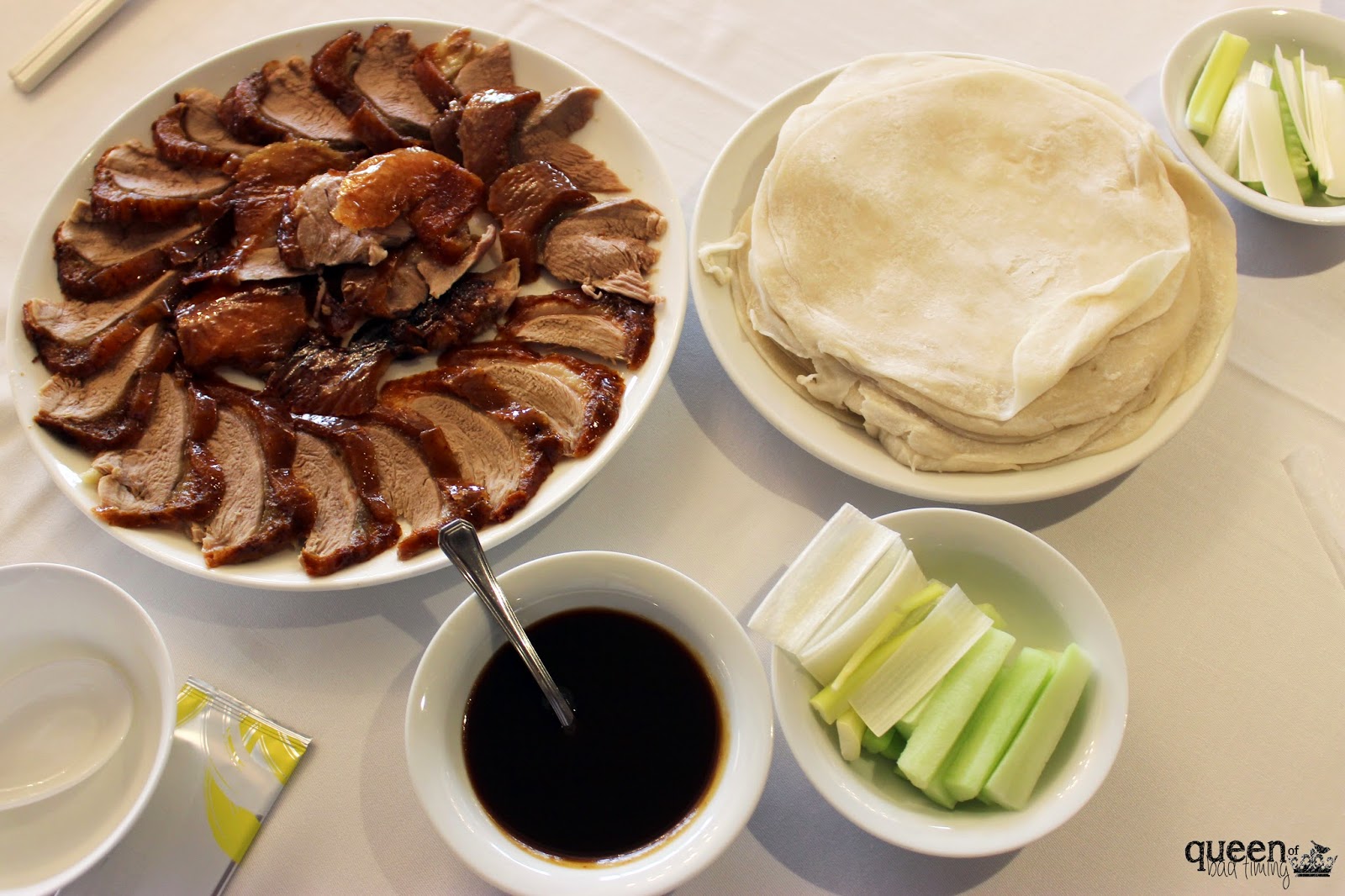 How amazing is peking duck. Seriously. If you don’t like it, you can’t be my friend. Well you can but a part of me will never understand how you can pass on something so simply wonderful as this national dish of China. 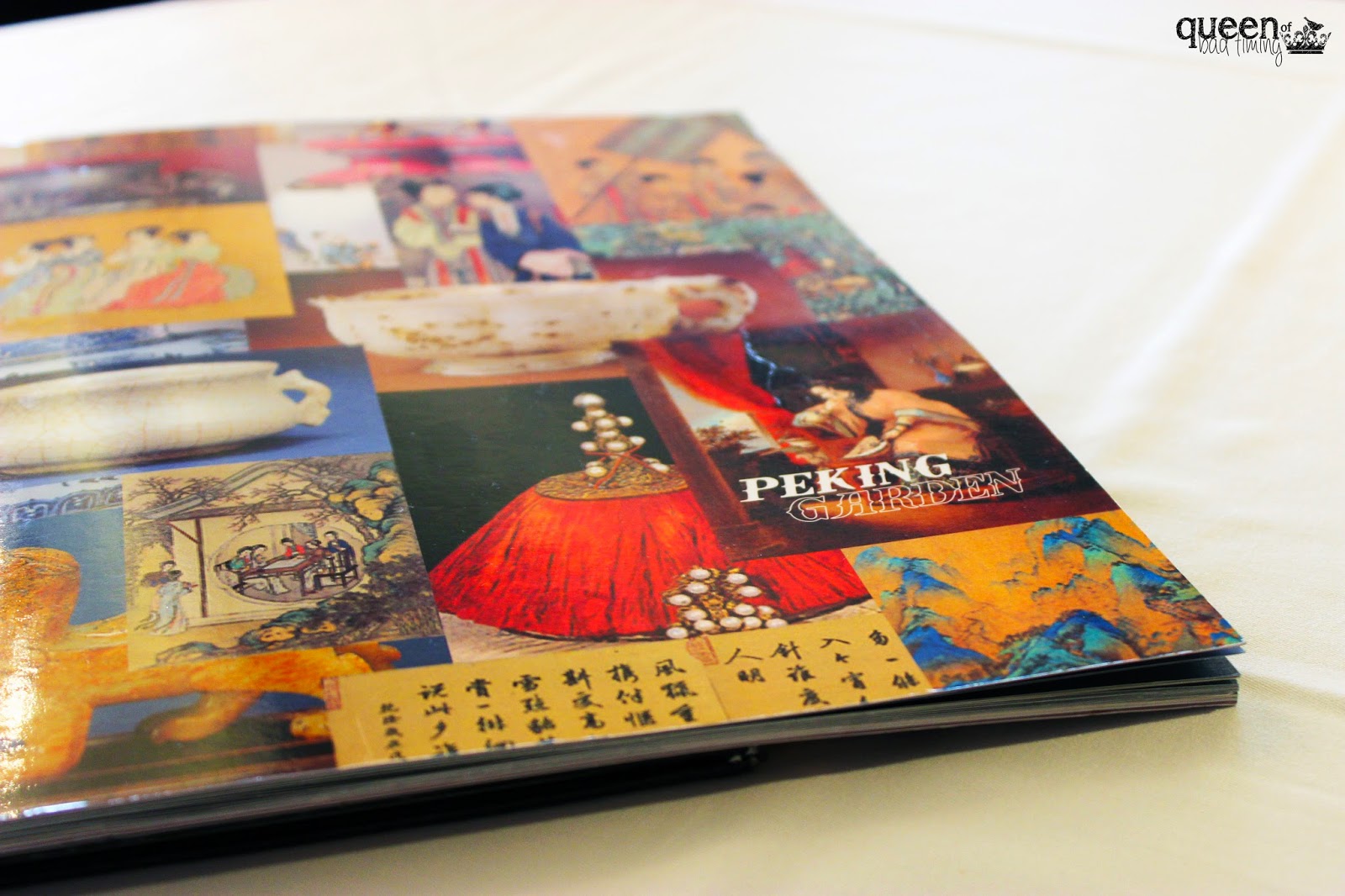 The last time I was in Hong Kong was 2012 with one of my closest friend’s Linda. It was the second stop on our Asian Vacation that consisted of us travelling through Macao, Hong Kong, China, Singapore, Vietnam, Cambodia and Malaysia. What an exquisite trip when it came to food!

One of the memorable places we ate at in Hong Kong on that holiday was the famed Peking Garden, a huge restaurant near Harbour City that as it’s name would suggest, is known for it’s peking duck. We enjoyed it so much that I knew I had to take Jeremy back when we were in Hong Kong since we both love duck. 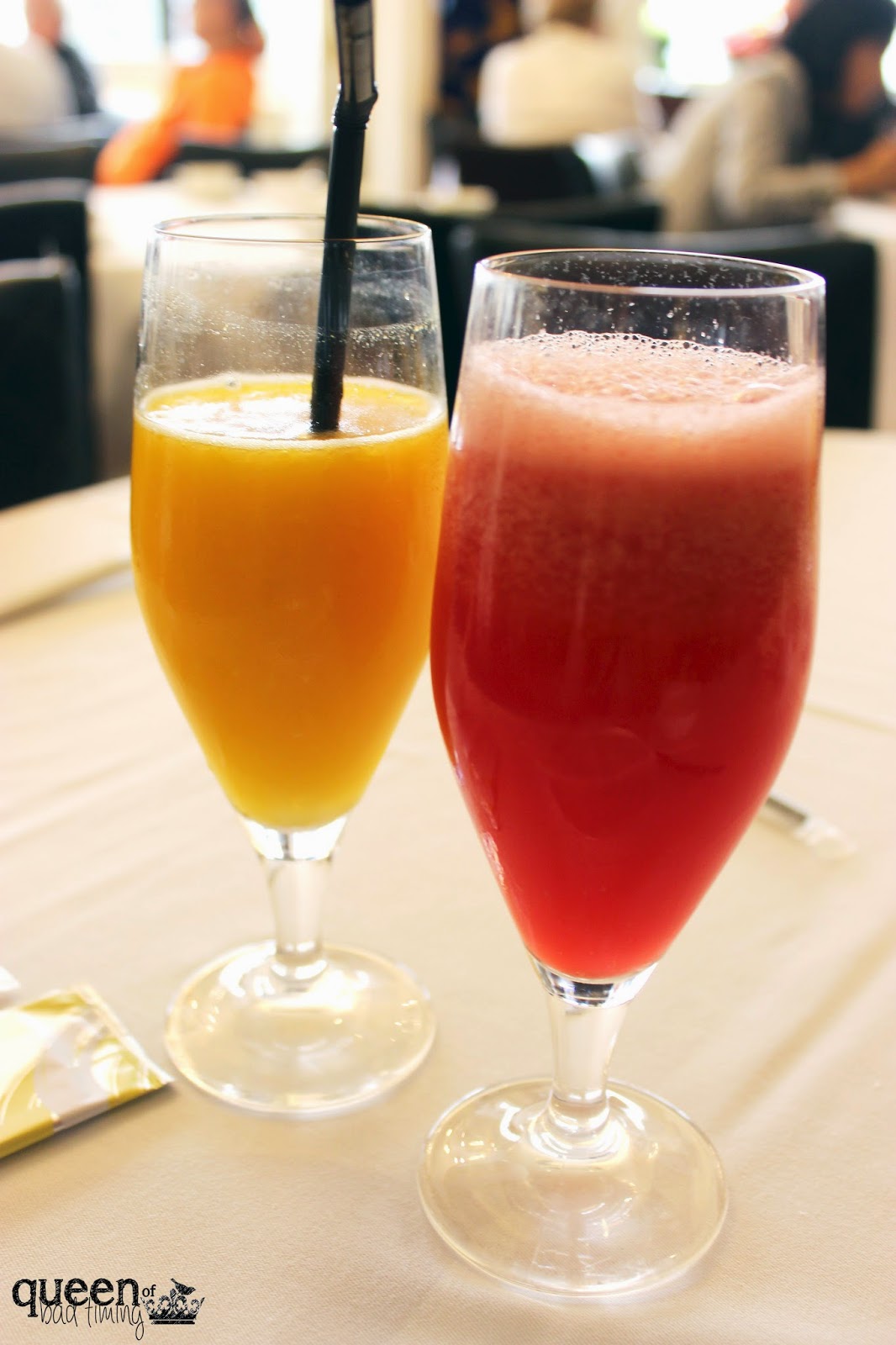 It took us awhile to find the restaurant since I was going off a hazy memory but eventually we found our way their and were finally seated. Tummies were rumbling! While there’s some really great looking items on the menu, we know we’re going to order the peking duck (HK$400 = AUD$55) which sadly only comes as a full duck (too much for us but we were willing to try).

Once our order is placed we also choose some fresh juices (orange and watermelon) which are deliciously sweet and refreshing. It’s a nice way to relax after a day of shopping and sight seeing. 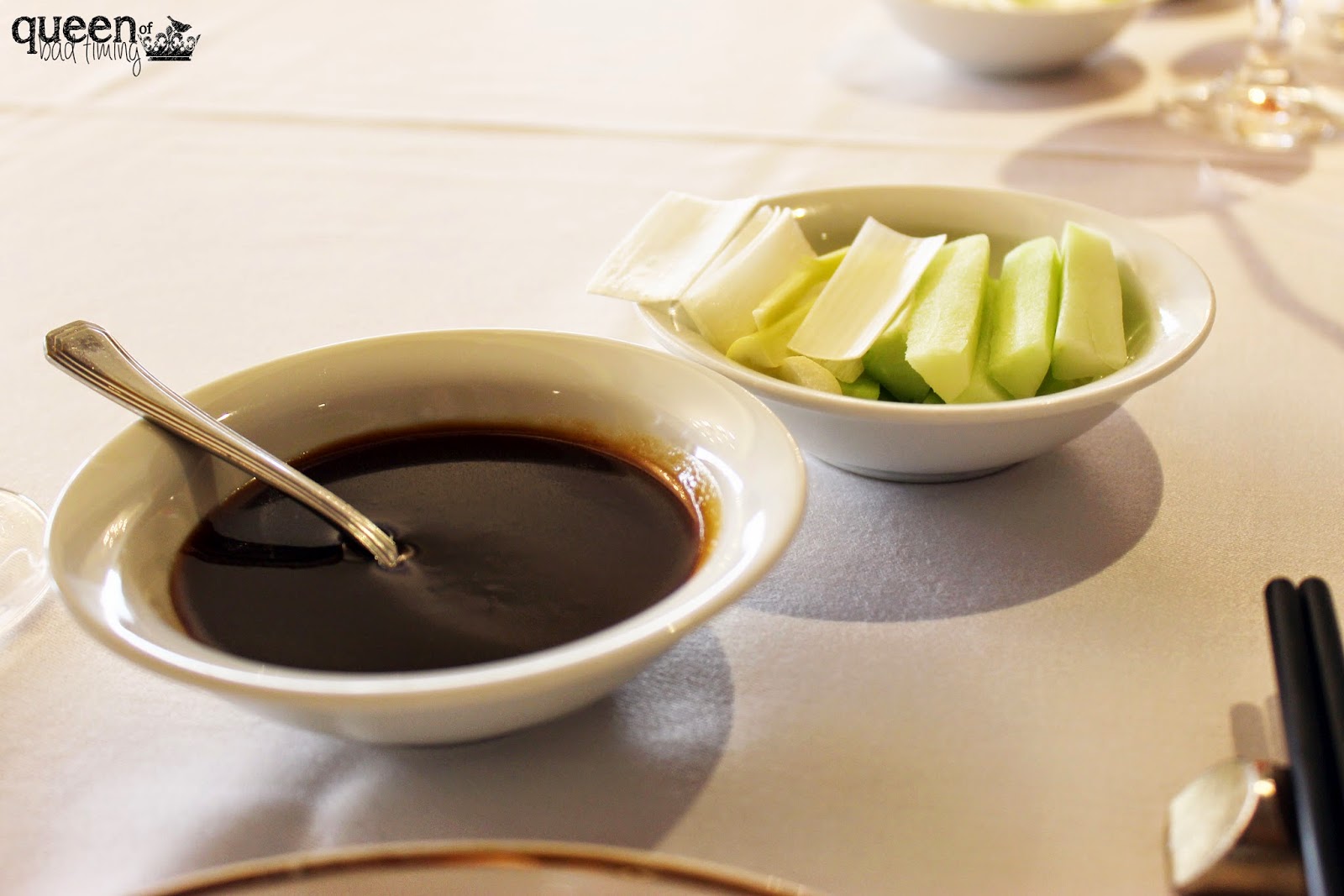 While the condiments (hoisin sauce, cucumber and spring onions) are brought out to the table, a whole duck is presented to us by our waitress. It’s giant! We give our nervous approval and before we know it they’re behind our table carving up that precious skin for us to eat. 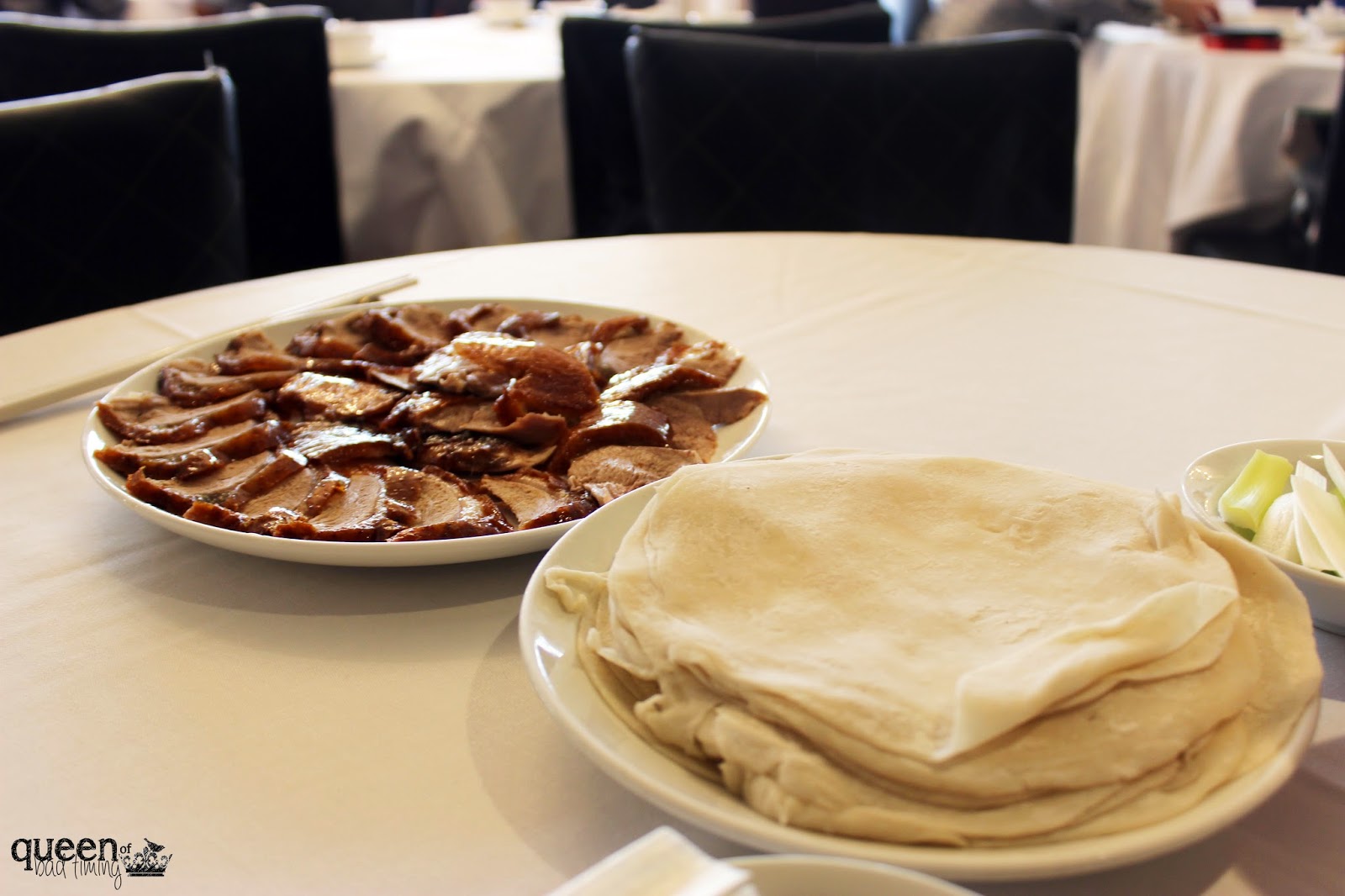 When you order peking duck you mainly get skin and a little meat; with the entire surface of the duck skinned back for you to eat. They don’t serve the meat so I assume they take this back into the kitchen to use in other dishes which is different to what I’ve had here in Perth where they use the meat in soups, noodles or san choy bao after.

Starting to eat the duck my boy can see why I recommended we come. The duck skin is thin and crisp, glistening with oily goodness that you can see but doesn’t detract from the taste. The meat is so succulent, absolutely jam-packed with flavour and just the right amount of fat.

I love the pancakes which are so fresh and soft; encasing the meat and condiments like a mother offering her child a hug. It’s a different kind of comfort food and when you add in that sweet sauce (hoisin is a soybean sauce) it’s magical. 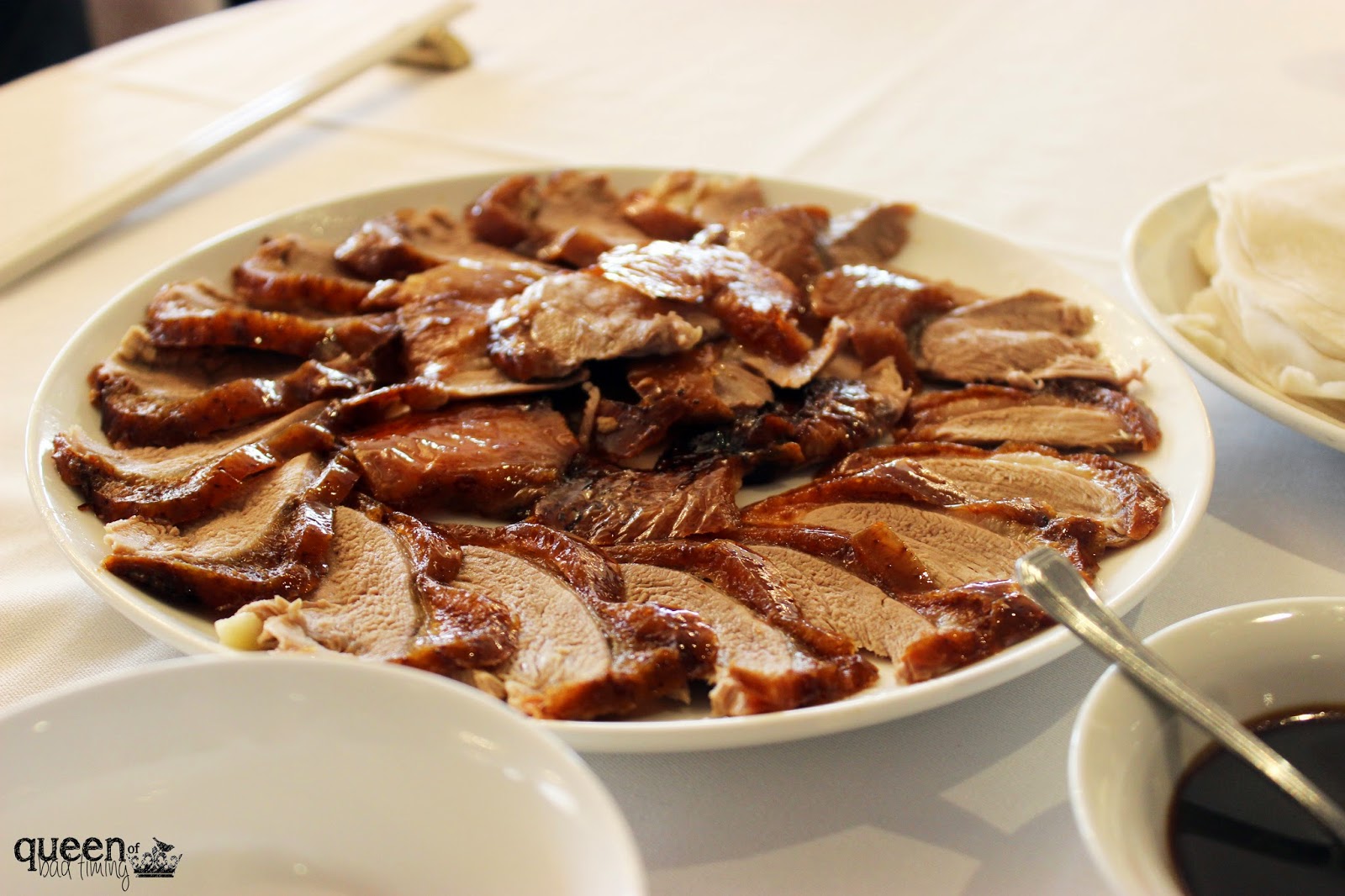 There’s not much more I can say about this lunch so I’ll make it a short but sweet post. Peking duck when it’s good, it’s great and that’s what this one was. Melt in your mouth meat that was definitely more than we could get through but lucky for us we managed to pack it up (my photos show one plate but there were two chocked full of meat!) and take it back to the hotel to snack on later that day.

I miss the food in Hong Kong already!