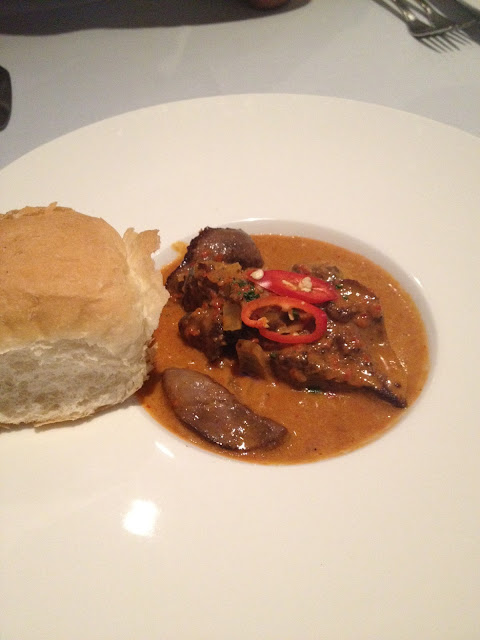 It’s a special occasion dinner for Jeremy and I tonight. And while there’s a nice long list of places we’d like to try out to eat at, we decided to go to the burbs for something that we knew would hit the spot. Situated out in the backstreets of Woodlands (a couple minutes from Innaloo shopping centre) is Blu Grill.

My best friend Carly and her fiancé stumbled upon it by accident and took Jeremy and I there for dinner one night… And we fell in love. It’s an unexpectedly incredible place to go to. Silver service, an impressive menu and staff that are professional, attentive and friendly. A hidden treasure in suburbia. From the moment you sit down you’re shown just the right amount of face time. Water glasses full with a nice slice of lemon and a complimentary bowl of Cajun spiced popcorn to snack on.

Because we were still a bit full from a day of gorging Jeremy and I decided to share an entree instead of having one each. Good plan because the servings here are quite large without being ridiculous.

We started our meal with fresh Mt Barker chicken livers that had been flash fried and served with a lime and peri-peri cream sauce. A beautiful way to ease into our night out. The livers were large and tender; the texture velvety and smooth. The flavour was a spicy but playful experience; the sauce a nice way to add additional taste to the perfectly cooked meat. Nice touch with a crusty bread roll coming out too to mop up the amazing creamy pool in the bottom of the bowl.

Mains came not long after with Jeremy having a plate of lamb cutlets rolled in Egyptian dukkah on a bed of sweet potato mash. Alongside were grilled asparagus spears and three mounds of babaganoush. 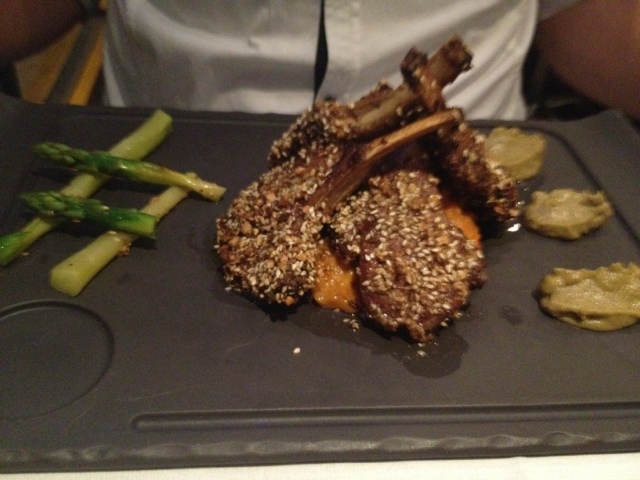 The lamb was moist and tender; the fat rendered expertly and the sweet potato living up to the first part of its name. It was nicely presented and was definitely of a decent size! Last time we came to Blu Jeremy ordered the steak which I’m sure he would have again had we not had it for dinner the night before. But all up he declared It a great meal which lived up to the quality we’ve come to expect from this place. Though it was missing the great touch that comes with the steak – you get to choose your knife from about 10 different ones all with names like the hunter or the assassin. A nice quirky touch.

My main was the cracked pepper gnocchi. It’s a deceptively filling dish, with chunks of feta, handfuls of baby spinach and a topping of sweet potato mash all mixed into a lovely creamy sauce. It’s completely wrong for me but so right at the same time. A definite guilty pleasure! 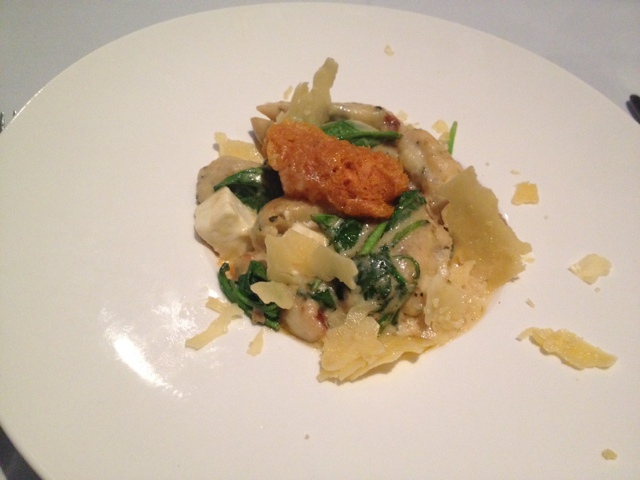 The gnocchi was cooked just the way I like it – so that it still had a bit of pull to the potato and some definition to the shape. The feta was a nice salty touch to the creamy richness of the dish. It’s the dish that I had the first time I went there and one I know I’ll constantly gravitate towards.

We decided to get separate desserts given the occasion. They were drool eliciting!

Jeremy’s berry creme brûlée had that satisfying crack when he broke through the toffee layer on top and the inside was silky smooth. There were blueberries within which offered a fresh burst of flavour when biting into them. 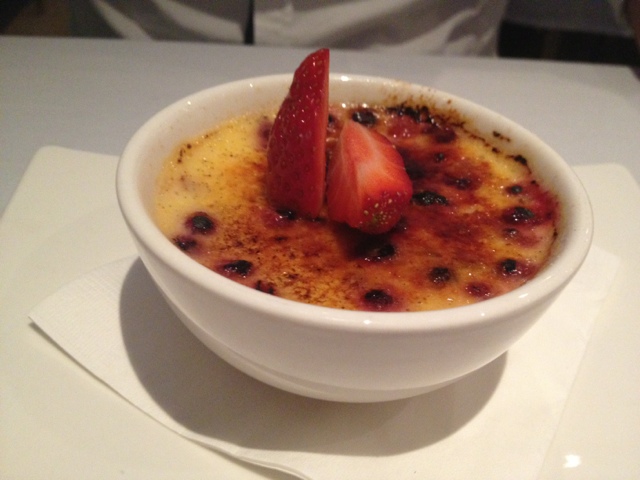 My chocolate fondant was heavenly. Runny in the centre it offered pools of hot chocolate that were a perfect companion to the homemade strawberry ice cream which had actual chunks of strawberry inside. It was sinful and just exactly what you want at the end of every meal. What a winner. 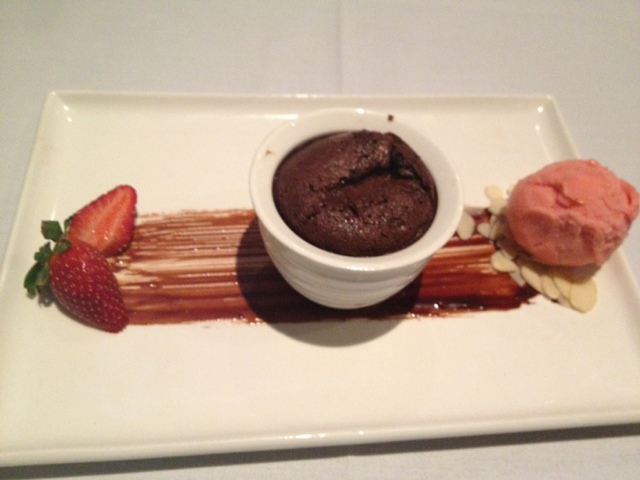 Throughout the service we were looked after constantly with water being kept ice cold and full; and our plates cleared the moment we placed our cutlery down. And at the end of the meal when you ask for your bill you get a small plate of sugary jellybeans to munch on.

Yes the little things do tend to engage me when I go out to eat but at the end of the day Blu Grill is good food. And even though it’s probably unknown to most people, it’s a place that needs to be spoken about because it is just that sensational.

Like I said, it’s a treasure. One worth trying for sure.

A royal feast at Shang Palace