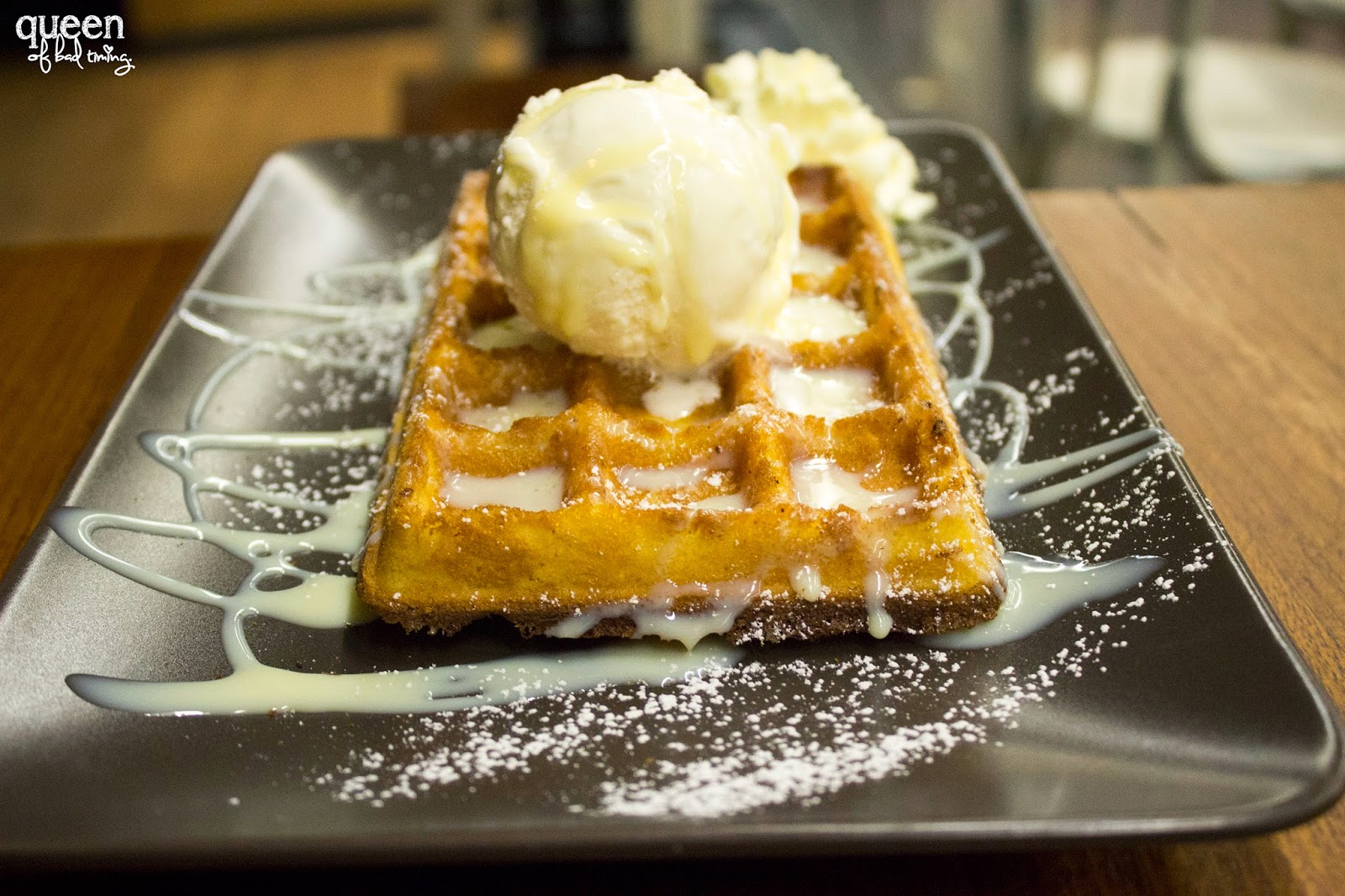 There’s something kind of great about dessert restaurants. Only a few years ago we really didn’t have many options save for a couple different ice-cream chains. Now we have the likes of San Churros, Theobroma, Koko Black and the Northbridge cult hit, Superstar Waffles.

Recently Jeremy had a dinner with his friends but having work the next day didn’t stick around long for the after drinks. So when he came home we decided we’d go out for dessert at Superstar Waffles. 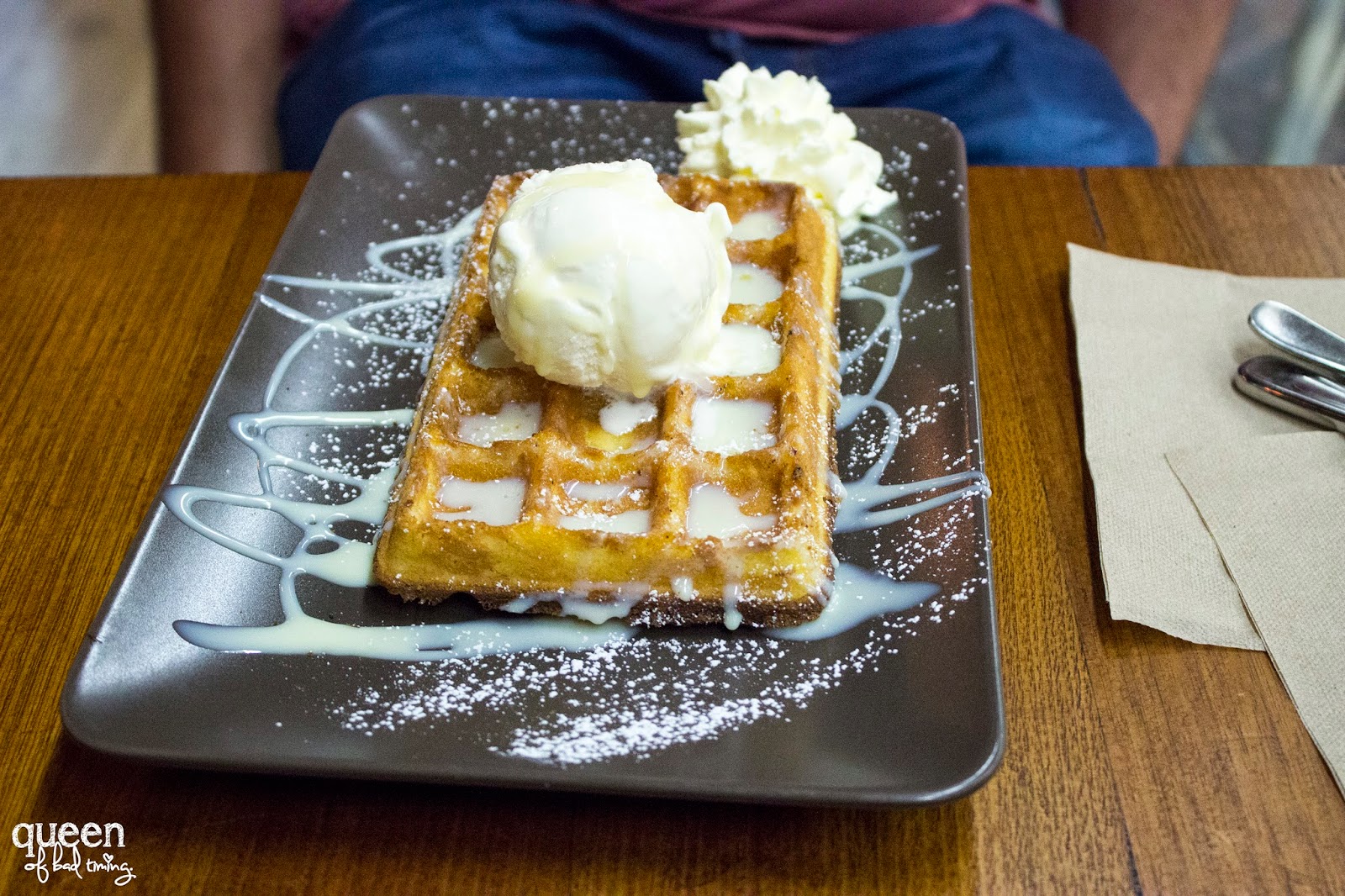 Arriving around before 10pm I’m relieved that it’s still open and it’s actually really busy! I love that lane way with diners from Is Donburi, Francoforte and Superstar scattered throughout. We place our orders, take a seat and before long our desserts are brought out to the table.
Jeremy’s ordered the sweet milk waffles ($8.00) which consists of crispy waffles brushed with melted butter and drizzled with sweet condensed milk, topped with whipped cream. He opts to have a scoop of vanilla ice-cream on top for $1.00.
I’m personally not the biggest fan of condensed milk but he’s pretty happy munching away and enjoying our late night dessert run. I have to say, the waffles here are so good – crunchy on the outside and golden brown, with the centre light and fluffy. 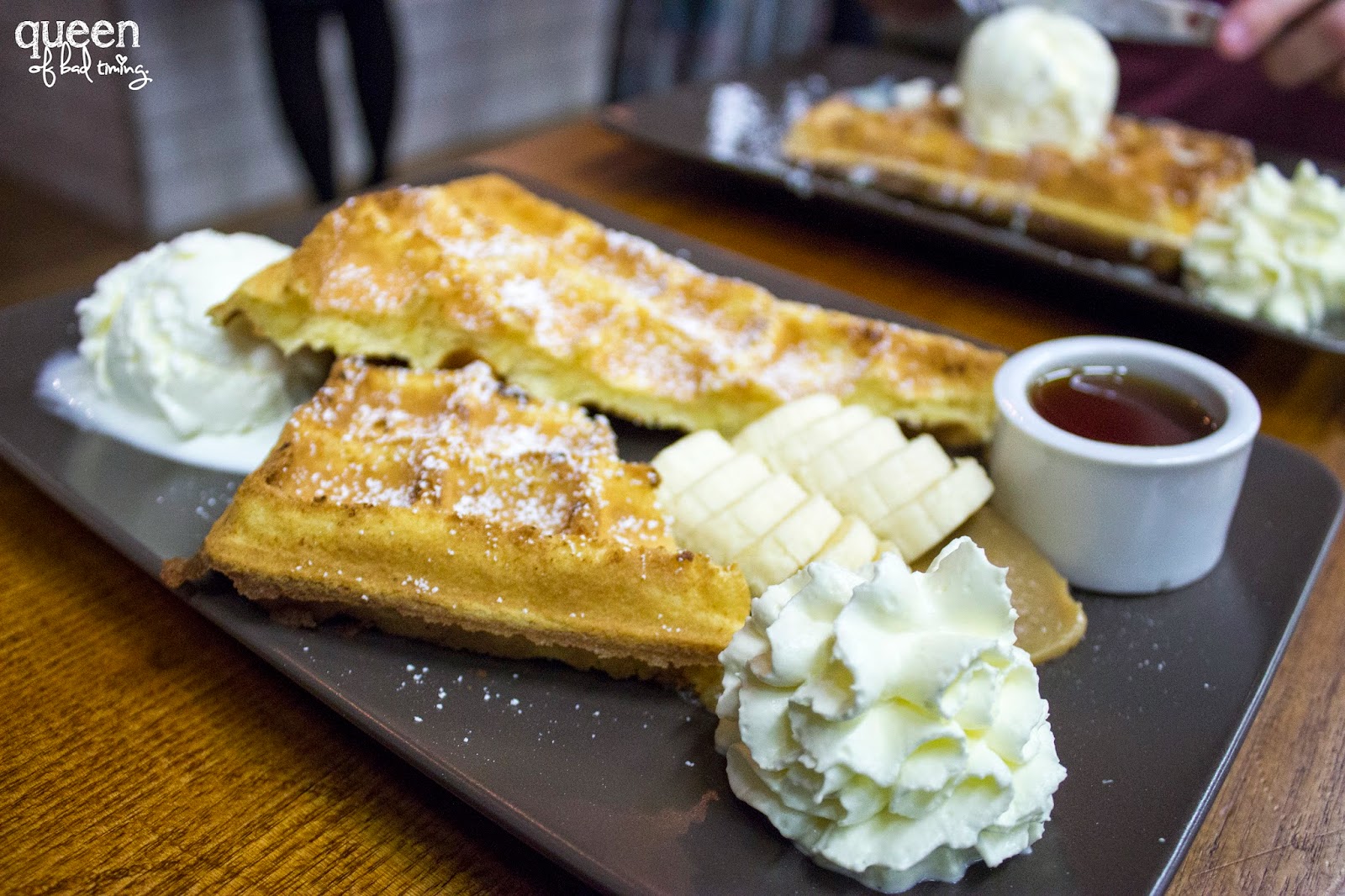 My order of the banoffee waffles ($9.50) comes with fresh bananas on top of warm toffee, with cream and maple syrup. Feeling greedy I also add on a scoop of ice-cream – why not! The banoffee is a waffle flavour my girlfriend Linda introduced me to – and I’ve been hooked ever since.

The fresh bananas work perfectly with the toffee which reminds me of dulce de leche. It’s sweet and oozy and just plain delicious. 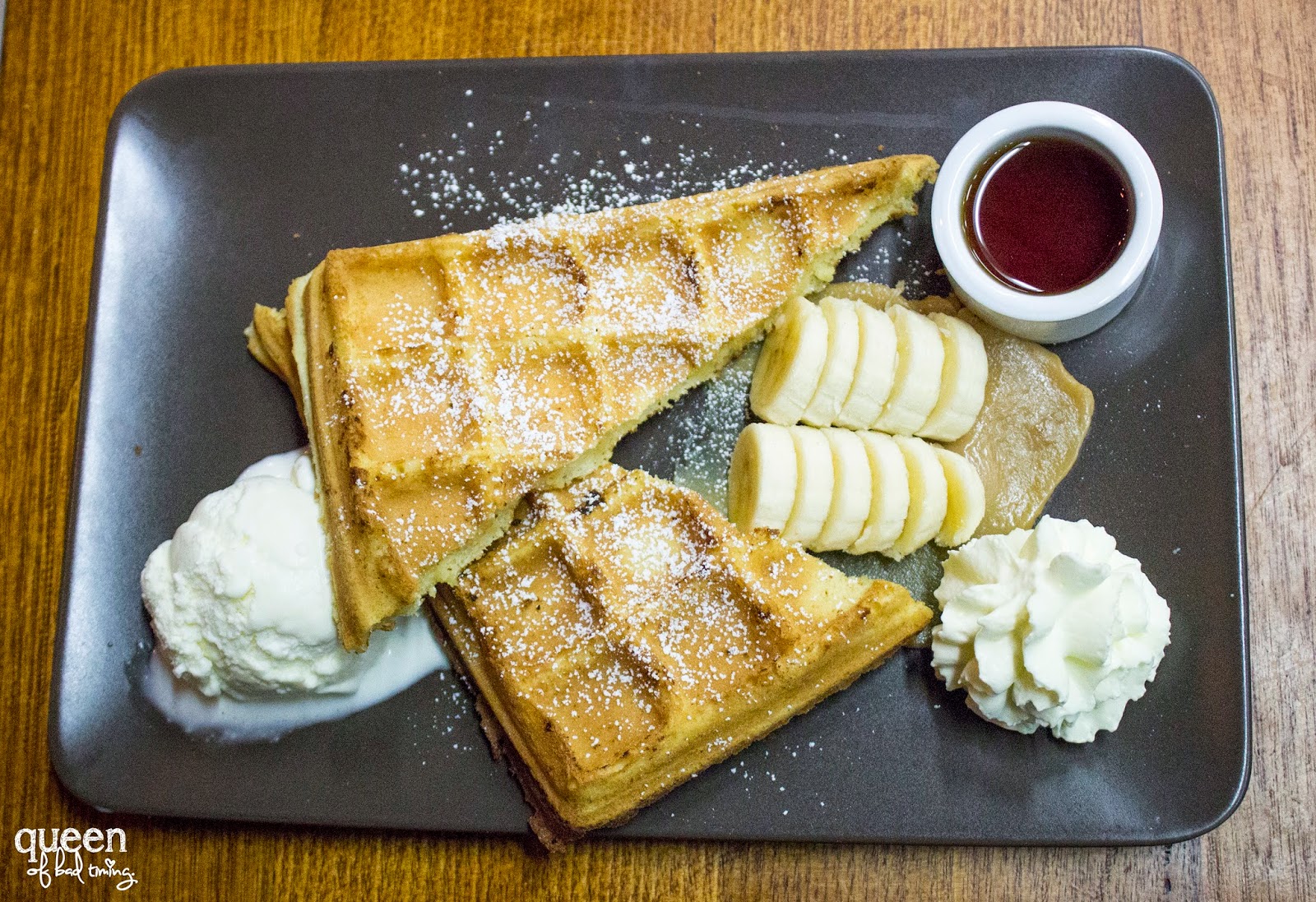 It’s funny how such a simple dessert can be so satisfying but that’s what Superstar Waffles has done. They’ve taken something very basic – your humble waffle – and turned it into a marketable and highly sought after product. Every time I drop by for my waffle fix it’s packed out and I’ve not had a bad experience there – it’s always consistently great. It is definitely a superstar in Perth’s dessert scene and now that I know it’s opened reasonably late on the weekends it’s even better in my eyes!

Birthday breakfast at Architects and Heroes