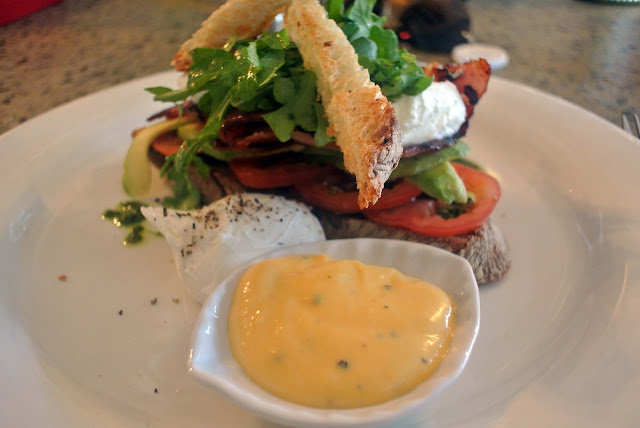 Amongst breakfast goers in Perth, Mark and Stephanie Sayer’s nook in Leederville is an institution. It’s one of the places that everyone needs to try and no one I know doesn’t love. So based on the number of great experiences I’ve had there, it’s no wonder that I have been waiting rather impatiently to try their new venue, Sayers Sister.

Tucked away at the edge of Northbridge near Tarts and Nine Fine Foods, Jeremy and I found ourselves there in the line of other breakfast goers with our stomachs growling in jealousy at the foods we could see the diners outside feasting on. 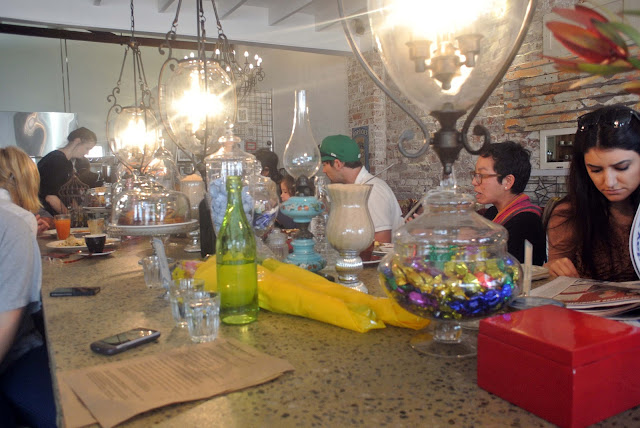 The decor is much brighter than Sayers, with exposed brick and whitewash coating the walls. There’s a long breakfast table going down the middle of the eatery, with different groups of people perched high and munching away while staring at the spreads of cakes and chocolates on display. It’s decorated beautifully and has a modernly urban feel to the space. My eyes are basically humping every corner of the establishment – particularly the food I can see.
Thankfully we were seated within five minutes of waiting (being just a couple rather than a foursome definitely has it’s benefits though the people we bypassed didn’t seem to think so). Our plan was to go out today since the City to Surf was on and it was likely most breakfast spots would be a bit quieter. This was definitely not the case here, but never mind because the service was prompt and it wasn’t long before Jeremy had gone up to the counter to order.
I did find it a bit strange that they shy away from EFTPOS like Sayers in Leederville (they have an ATM inside though) and that they don’t do separate billing (not an issue for us but I overheard someone saying so as they walked past us). However none of that mattered when our food arrived a very prompt fifteen minutes later.
Jeremy’s arrived first, which was a bubble & squeak cake with smoked spec, poached eggs, wilted spinach and chive hollandaise ($19.50). It looked (and smelt) fantastic.
The hollandaise here is just the best visual imaginable. It’s thick and gluggy but not in a heavy way. It’s yellow and flecked with chives as it runs slowly down the side of the eggs.
I’m quick to take Jeremy’s offer to try the bubble & squeak since it’s not something I’m really familiar with. But it tastes delicious; delicate in the blend of spices used to enhance the taste and packed with peas and potato. Pretty tasty stuff. 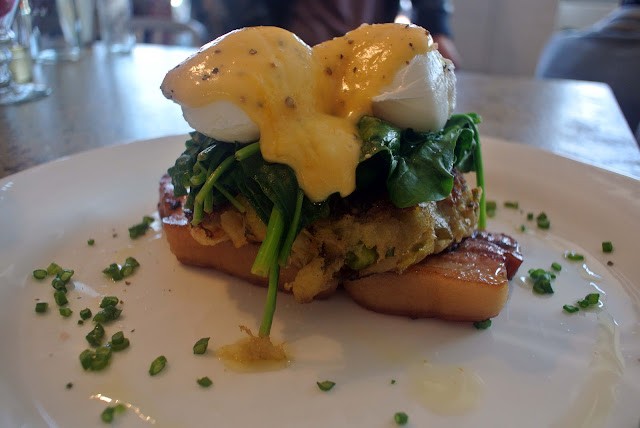 A few minutes later my dish arrives (Jeremy was very patiently waiting for me before he started eating even despite my protests that it would go cold). Since I’m such a fan of The Tuck Shop, I’d spied a very similar dish to what I order there on Sayers Sister menu. It’s nearly identical actually. The bacon, goats curd, fresh tomato and avocado bruschetta with poached egg and basil ($16.50). Because I’m greedy I’ve added a little side of hollandaise to accompany it ($3) and I’m so glad I did!

The dish tastes and looks great. It’s stacked high with rocket and toast points on top. But I would be lying if I said that my heart didn’t lie with The Tuck Shop version. It’s just that little bit more plentiful, that little bit more generous in it’s use of goats curd. But the bacon on the Sayers Sister dish is just perfection. It’s crunchy but meaty and it’s salty in the best manner possible. And the presence of a perfectly poached egg, well that just sends me into swoonsville (if such a place existed).

Unfortunately we’re about halfway through our meals when our drinks arrive (ginger beer for Jeremy, fresh squeezed orange juice for me), which I find a bit disappointing. This is happening at more and more places I’ve eaten at recently which I’m starting to think is unforgivable. But the drinks are fresh and quench any thirst that had potentially started to bud. 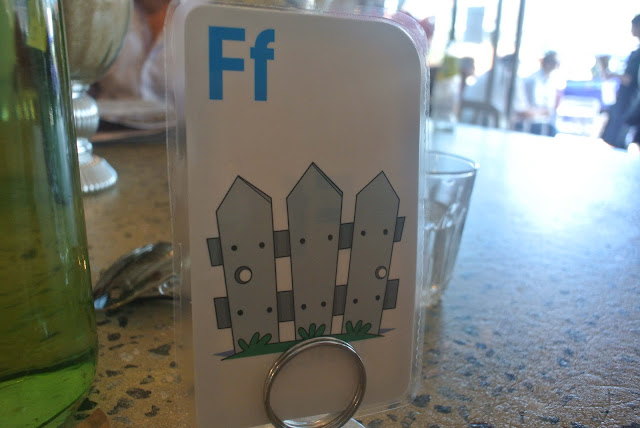 They leave our little table number behind for when they clear everything all together, and I have to say they’re adorable. We had ‘f is for fence’. Cute!

All in all Sayers Sister definitely lived up to the expectation. It’s another win for the breakfast lovers in Perth. And while there are a couple teething problems, I know it’s going to get better and better.

An Odyssea by the sea

Finding some calm in life at The Precinct