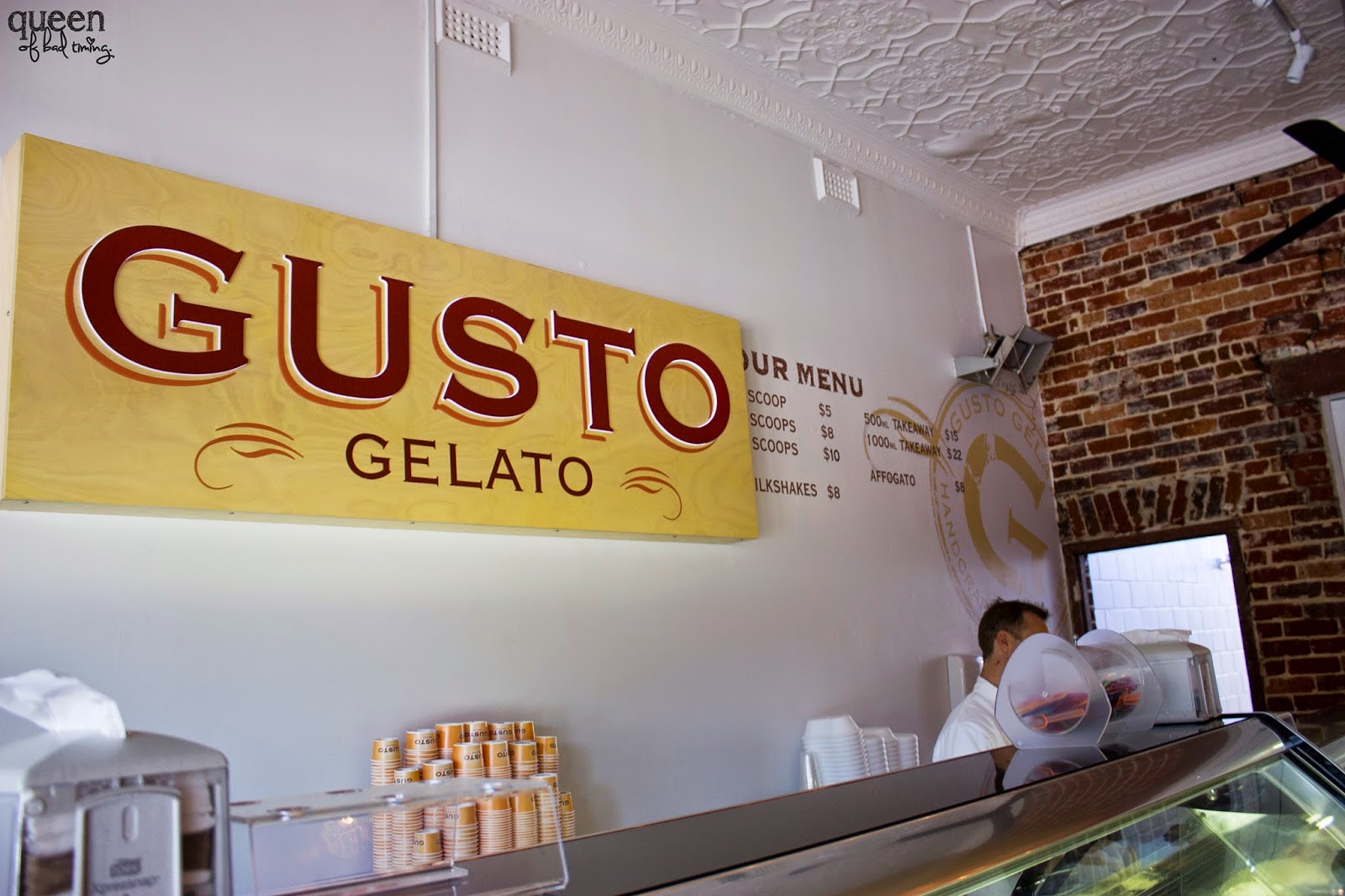 Never trust a person who doesn’t like ice-cream. It’s a motto that rears it’s head every now and then for my friends and I, which I’m not thinking needs to be updated to say gelato instead. Because after attending a masterclass at Leederville’s newest addition, Gusto Gelato, this cool treat is one to really love. Especially when the product is made with as much care and love as it is by owner and gelato maker, Sean Lee.

A former ad man and Chief Operating Officer to the Western Force, he is a self confessed gelato addict – eating 2-3 litres per week! I was invited to meet Sean and partake in a gelato masterclass bright and early one Saturday morning with other bloggers Perth Munchkin, Foodie Cravings, Bitchez Who Brunch and Suan Lee. Never one to say no to gelato, I was eager for what the morning would bring. 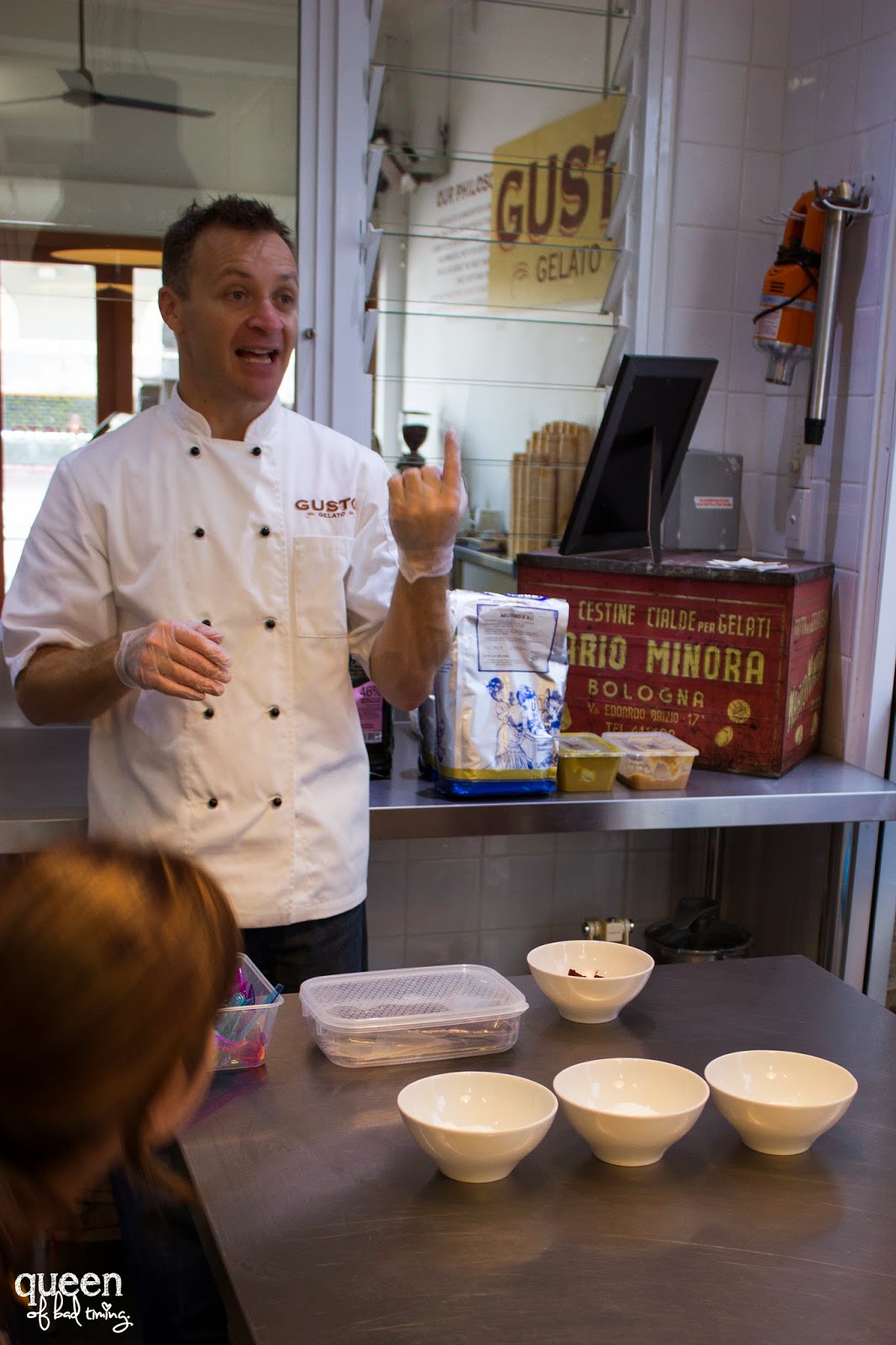 Exploring the sacred kitchen space, it was really enlightening getting to know Sean and hear his story. After years of working, he decided to embark on a new phase in life and sent himself off to the Carpigiani Gelato University in Bologna to learn everything he needed to know about the art of gelato making. He shared some of the key differences between gelato and ice-cream for us novices too – gelato has less fat than ice-cream (it uses more milk than cream), has less air and is stored at a warmer temperature – around -13C rather than ice-cream’s -18C. 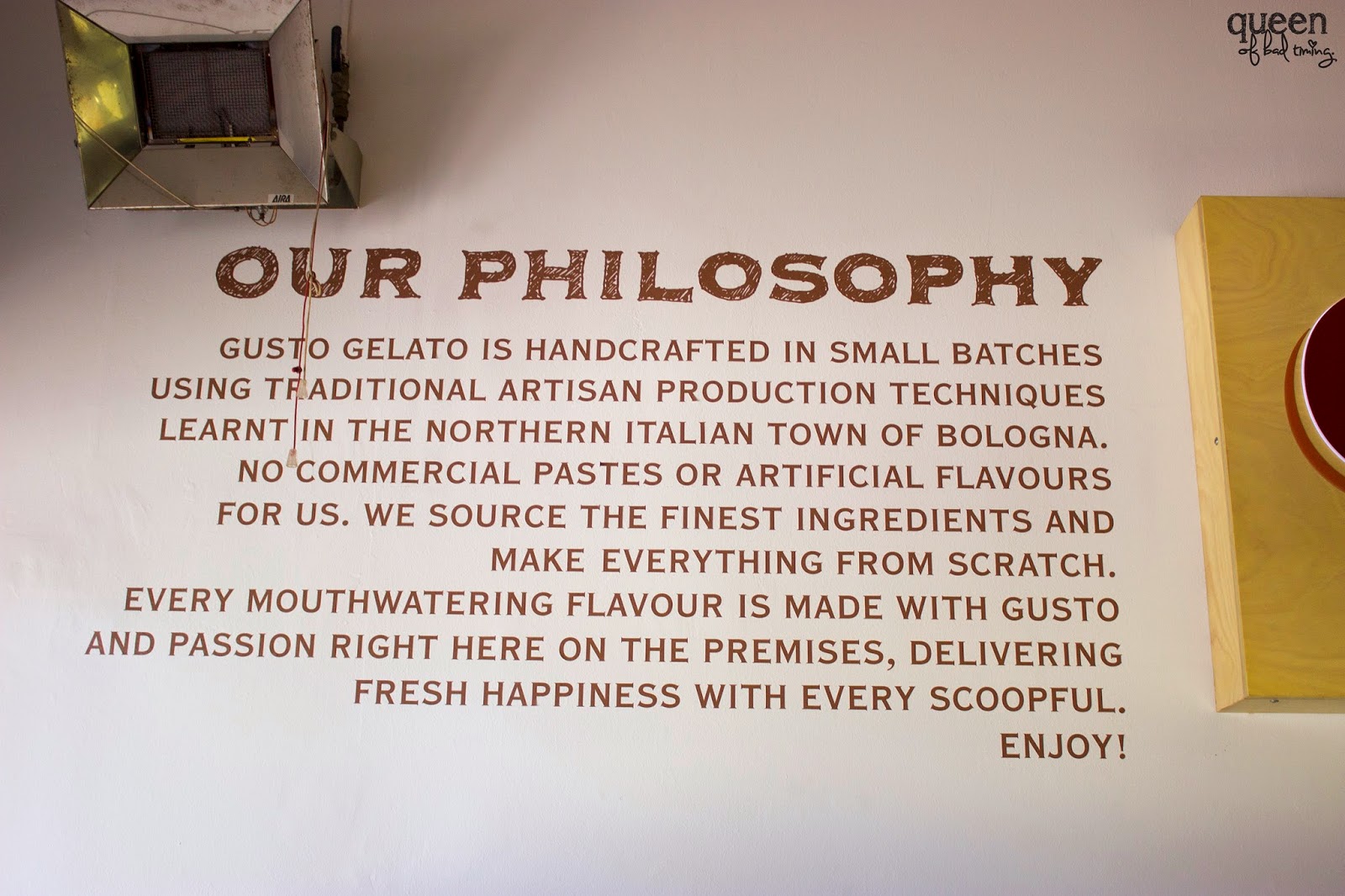 While this in itself was interesting enough, learning that Gusto Gelato is the only place in WA to use only seasonal fruits, local milk and cream and house made pastes and ingredients. For them it’s not just about stocking your standard flavours, but rather they want to showcase innovative and seasonal products that will create gelato advocates and addicts. It definitely sounds like a smart position to enter the market to me! 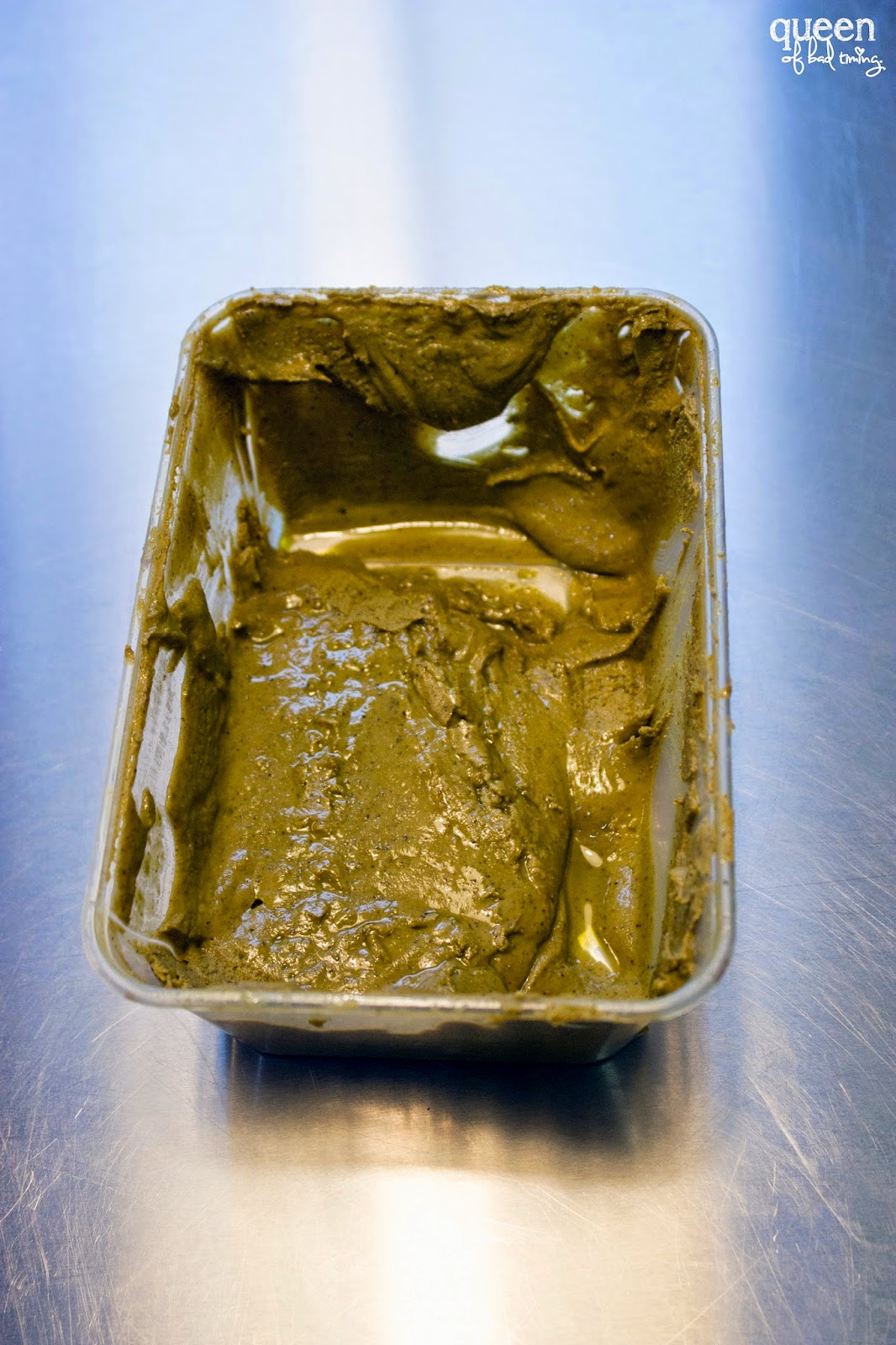 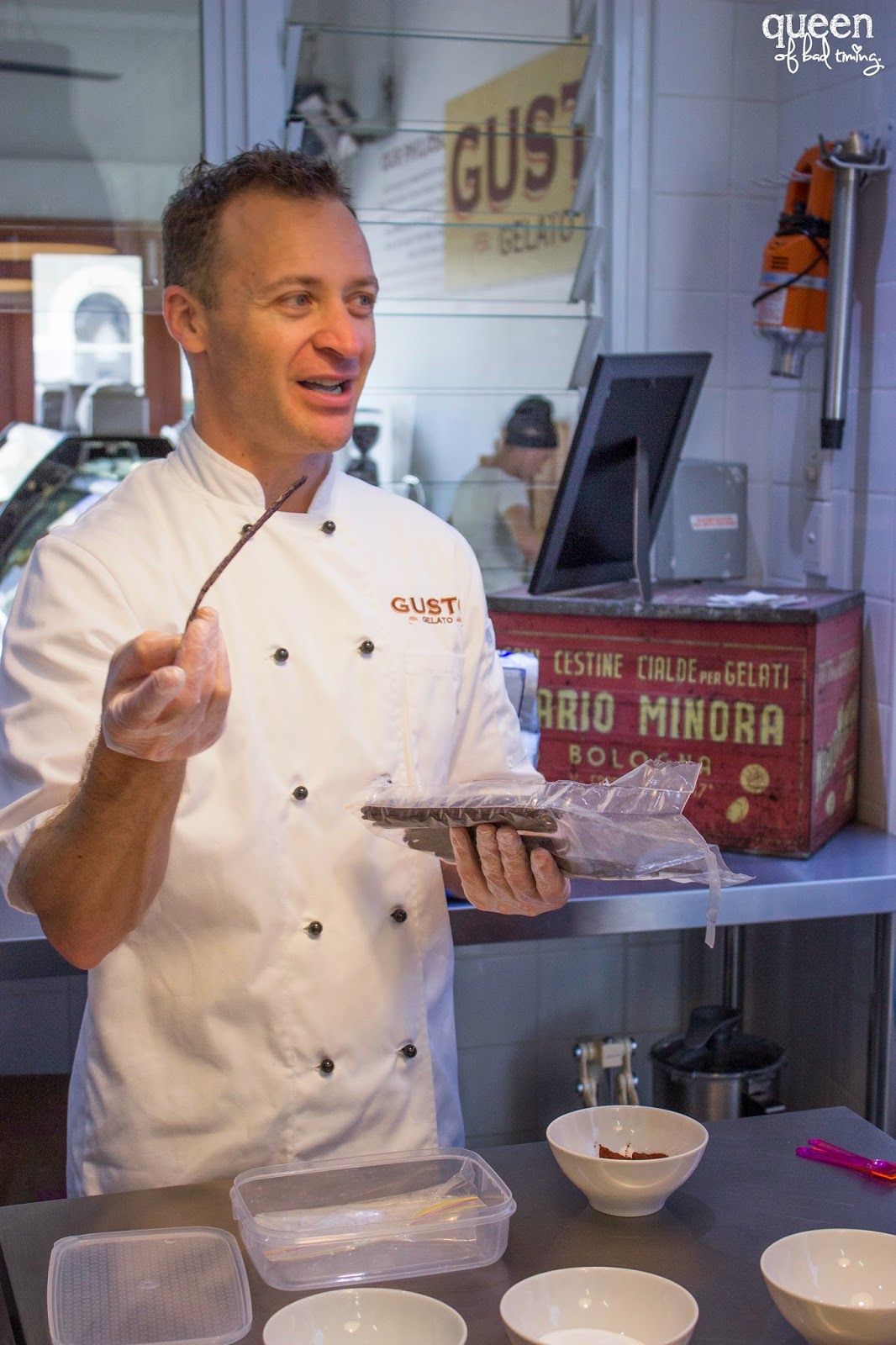 Learning about Gusto’s approach is one thing, but taste testing for greater understanding definitely makes the educational process more enjoyable! We’re given tasters of the house made hazelnut paste, pistachio paste (pictured above) and different types of sugars used.

While I would have thought gelato making was all about the flavour and sweetness, it’s actually a science. A game of ratios with fats and sugars (three different kinds with different strengths and levels of anti-freeze). Rather than use a pre-made base (which has a strong artificial vanilla smell), they like to balance it out themselves. Luckily Sean has a head for numbers otherwise his products would not be as delicious as they are! 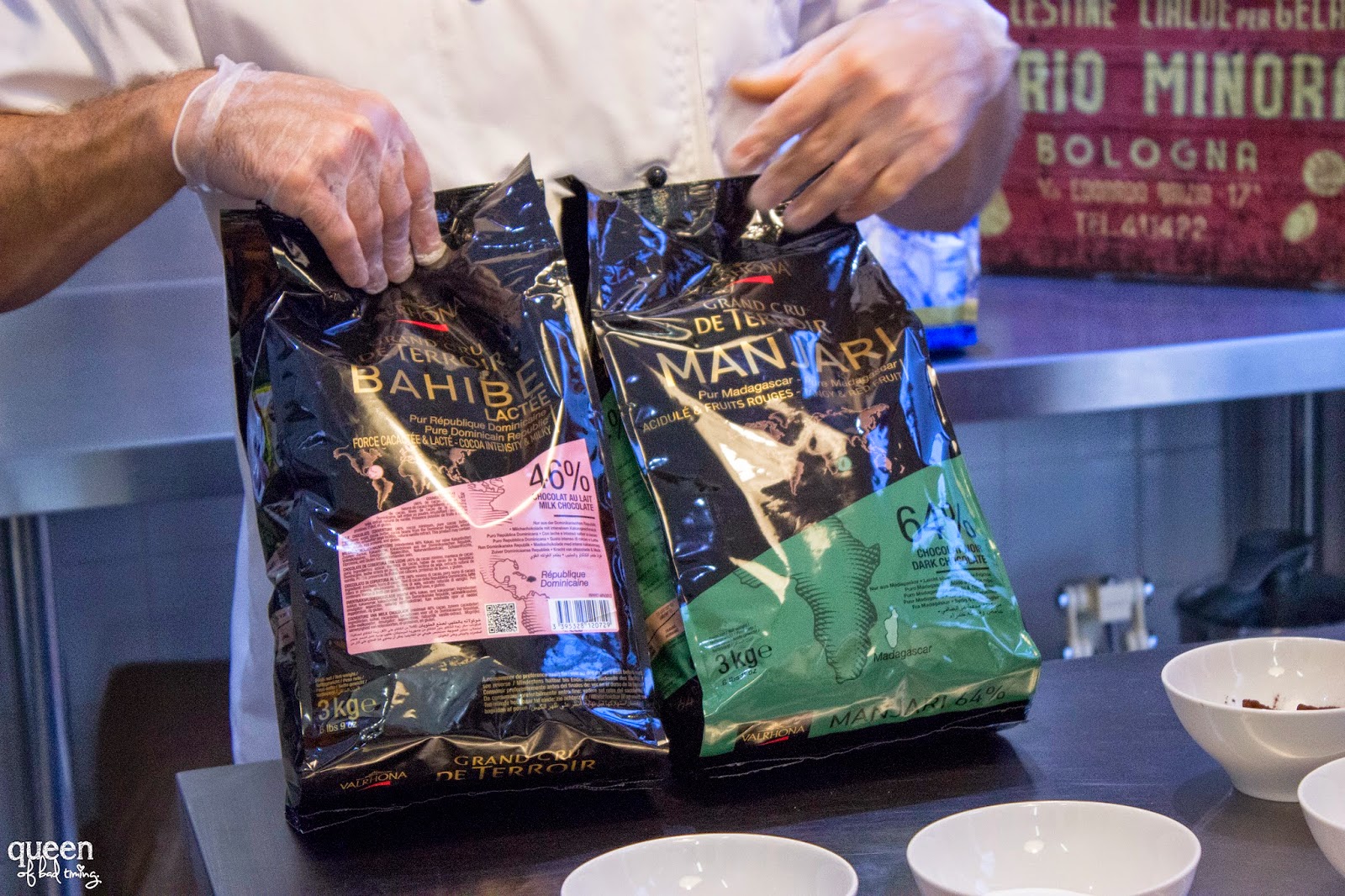 Seeing the quality of ingredients used at Gusto brings some out the innate foodie inside me. Their vanilla is the humongous and heavily fragranced Madagascan vanilla bean – you can smell it immediately as the container housing them is opened.

Their chocolate of choice is Valrhona, which seems to be the buzz word these days in Perth restaurants. It’s a high grade luxury chocolate that is aromatic and silky smooth. There’s two different types that they use – one for dark and one for milk chocolate. We’re making a milk chocolate gelato so we use the Bahibe, which is intense and sweet – originating from the Dominican Republic. 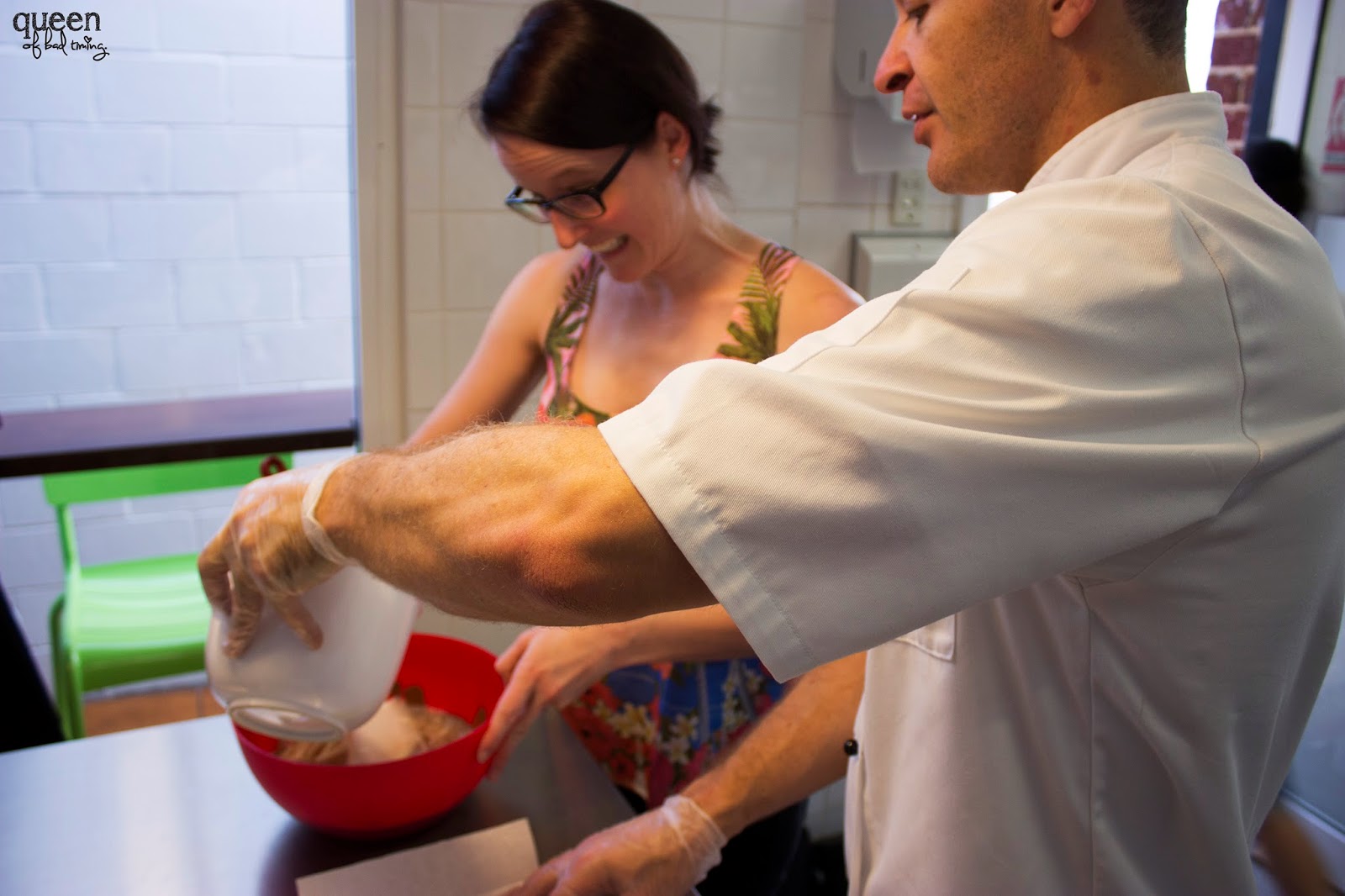 We start off with melting milk chocolate and mixing it into half the milk base to create a ganache. Fellow blogger Perth Munchkin got to put her arm muscles to work furiously mixing them together to create a velvety smooth and glossy chocolate mixture. This is then combined with the rest of the milk base and a big electric mixer is used to get the ingredients resembling a chocolate milkshake. It looks so frothy and tasty! 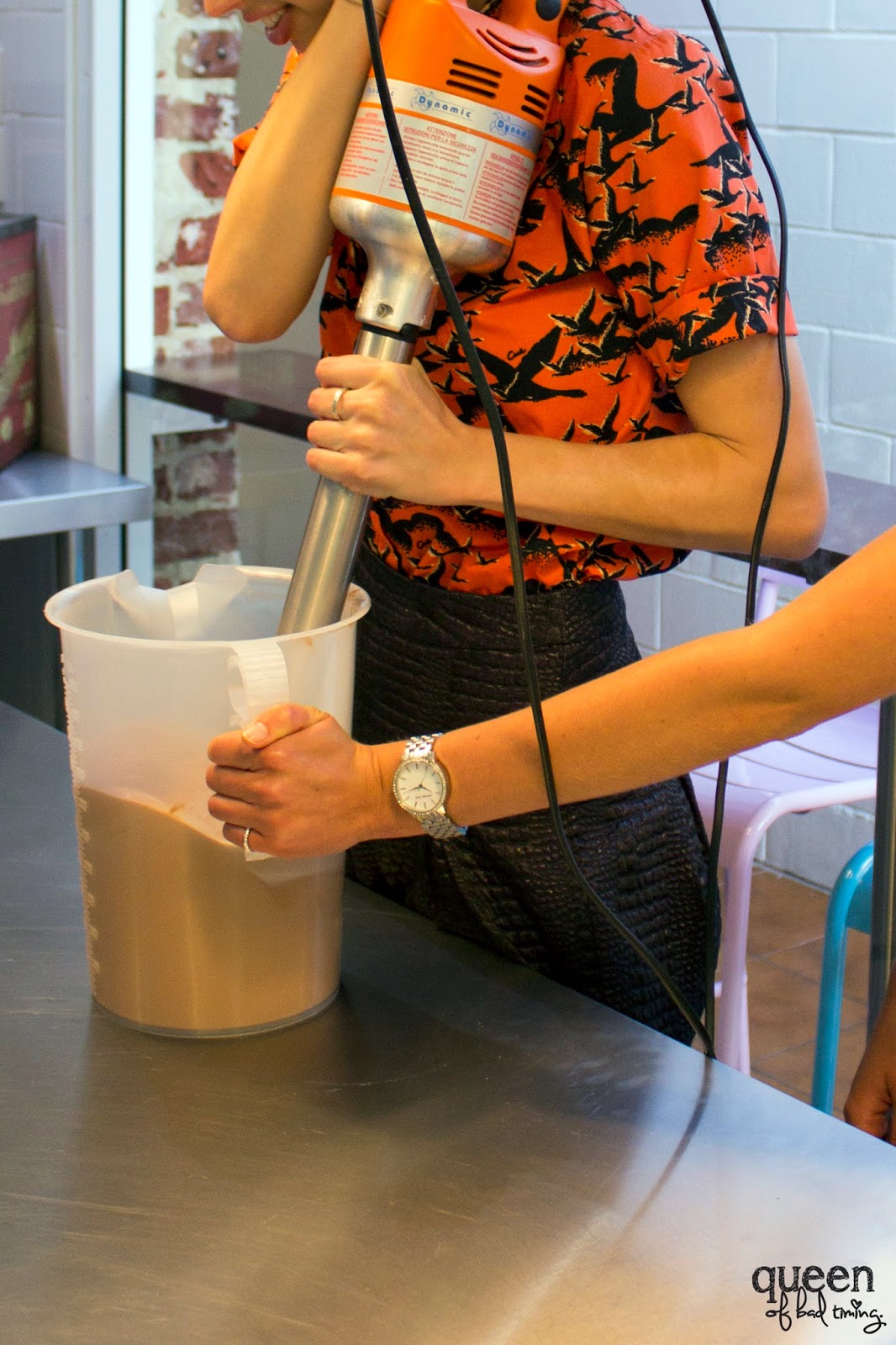 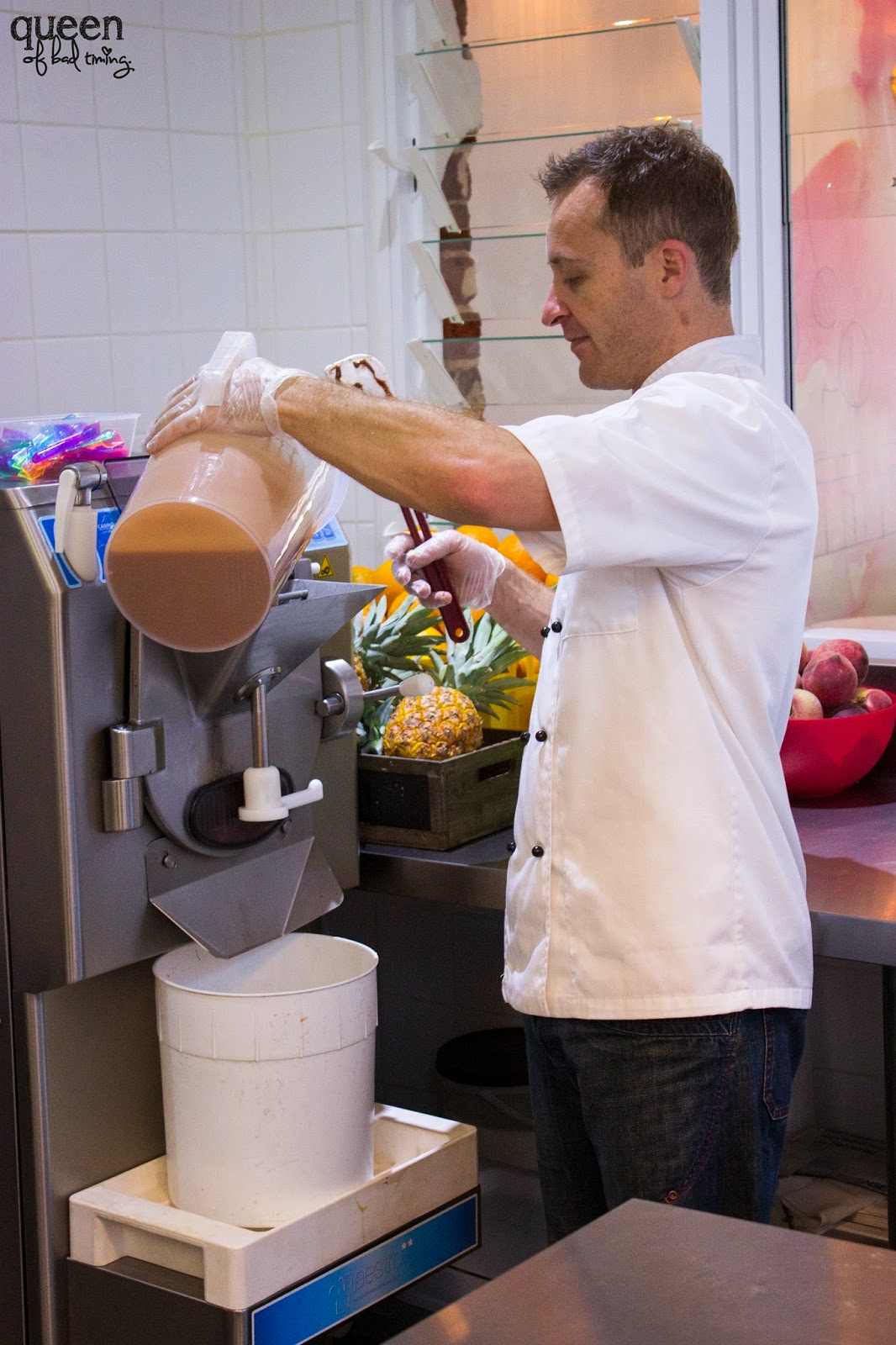 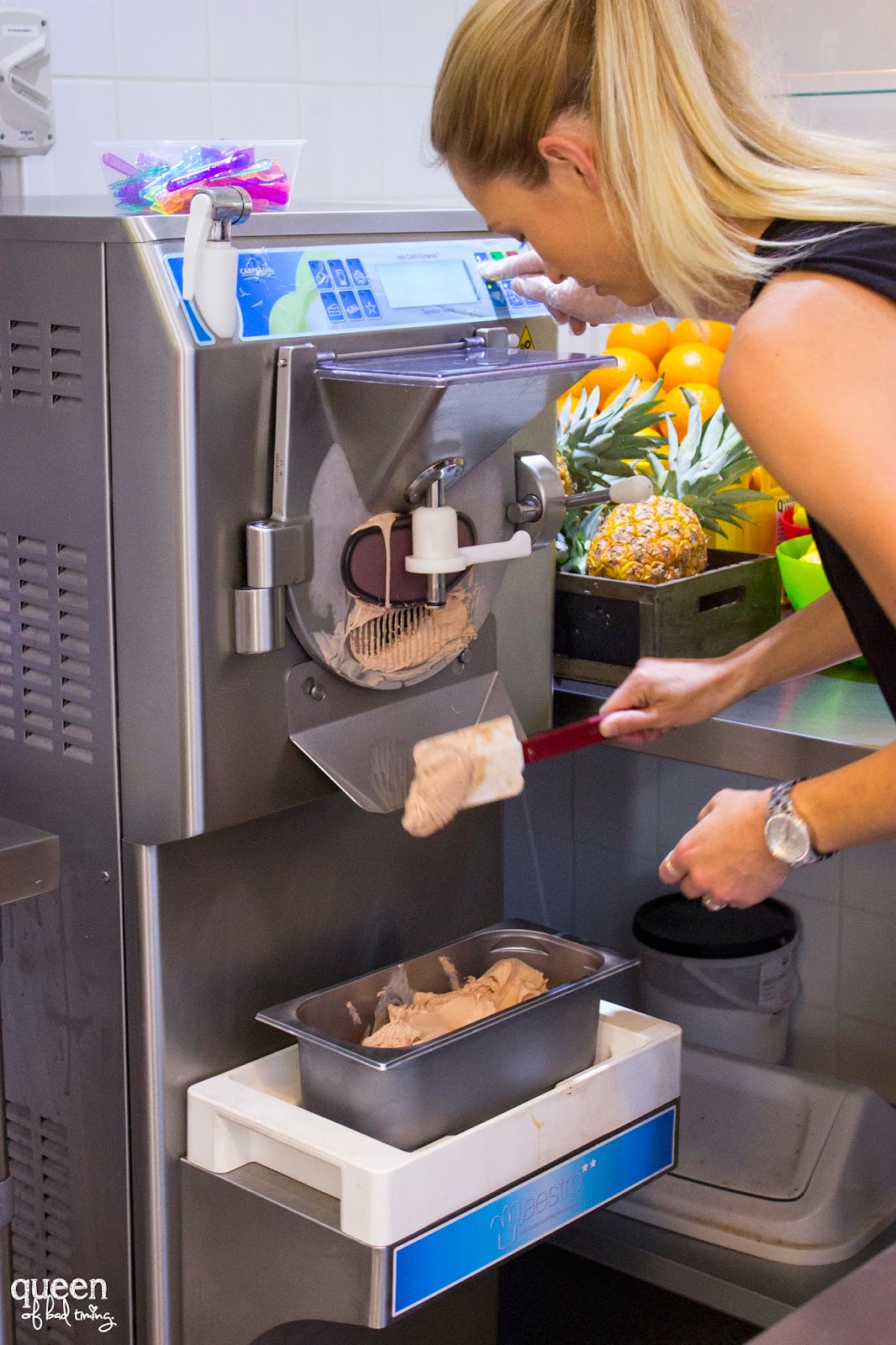 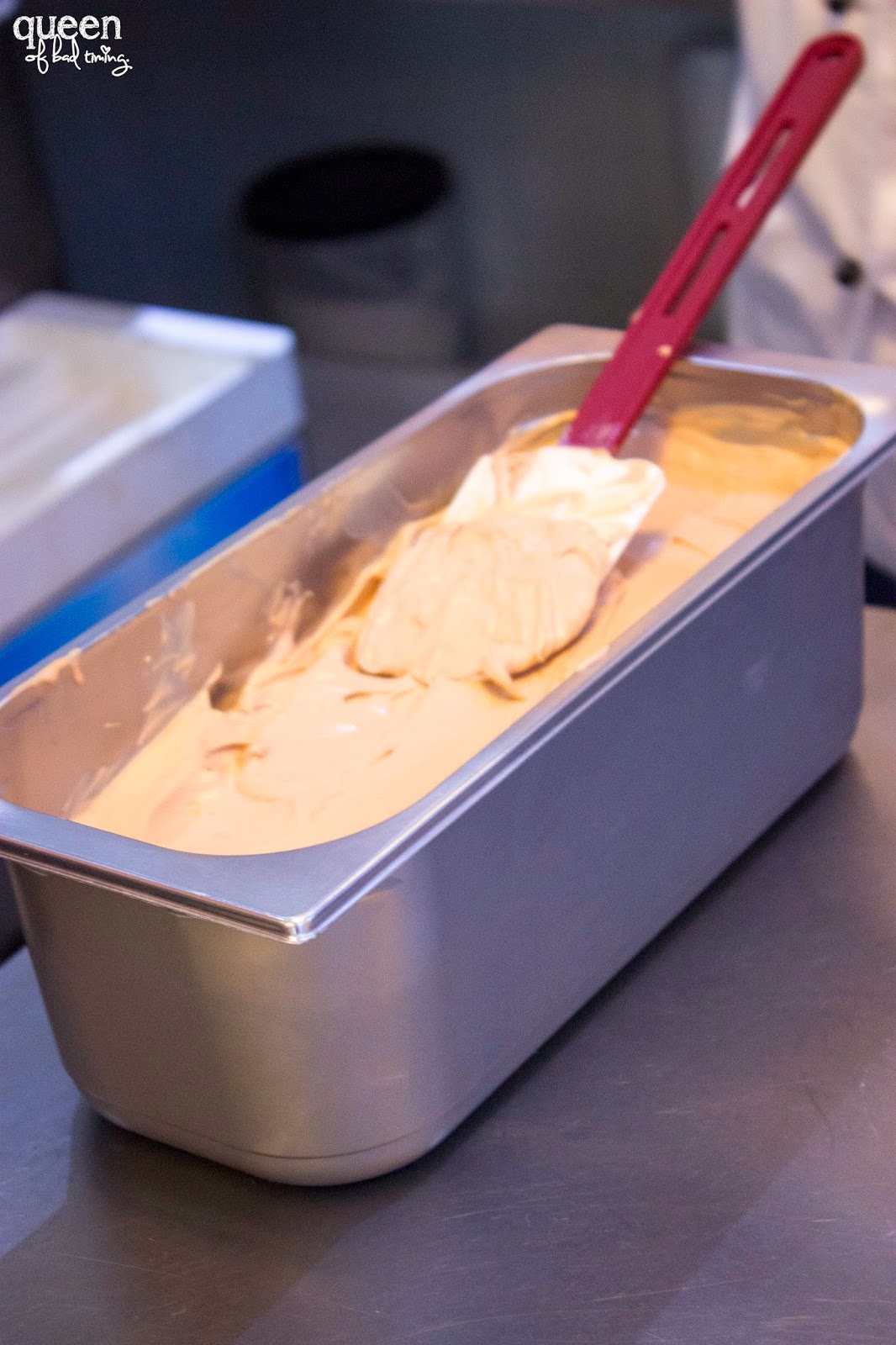 Once Sean’s happy with how it’s looking, the liquid is then poured into the gelato machine to churn. It doesn’t take too long and before we know it, the gelato is ready to scoop out and place into a blast chiller. The trick to a great gelato (one trick of many) is you need to cool it down as quickly as possible to ensure large ice crystals don’t form. Placing it in a blast chiller for 10-15 minutes before storing it at -13C allows for this to take place quickly which gives you the soft, supple texture that gelato is famous for.

We get to taste test our creation before it goes into the blast chiller. It’s not cold enough, only around -7C but wow does it taste amazing! You can really taste the quality milk chocolate used, and it just melts in my mouth. While I’d love to take credit for this, Sean really showed us what to do so it’s all his talent, with our labour. But worth it for what was produced. We’re all feeling pretty proud at that moment! 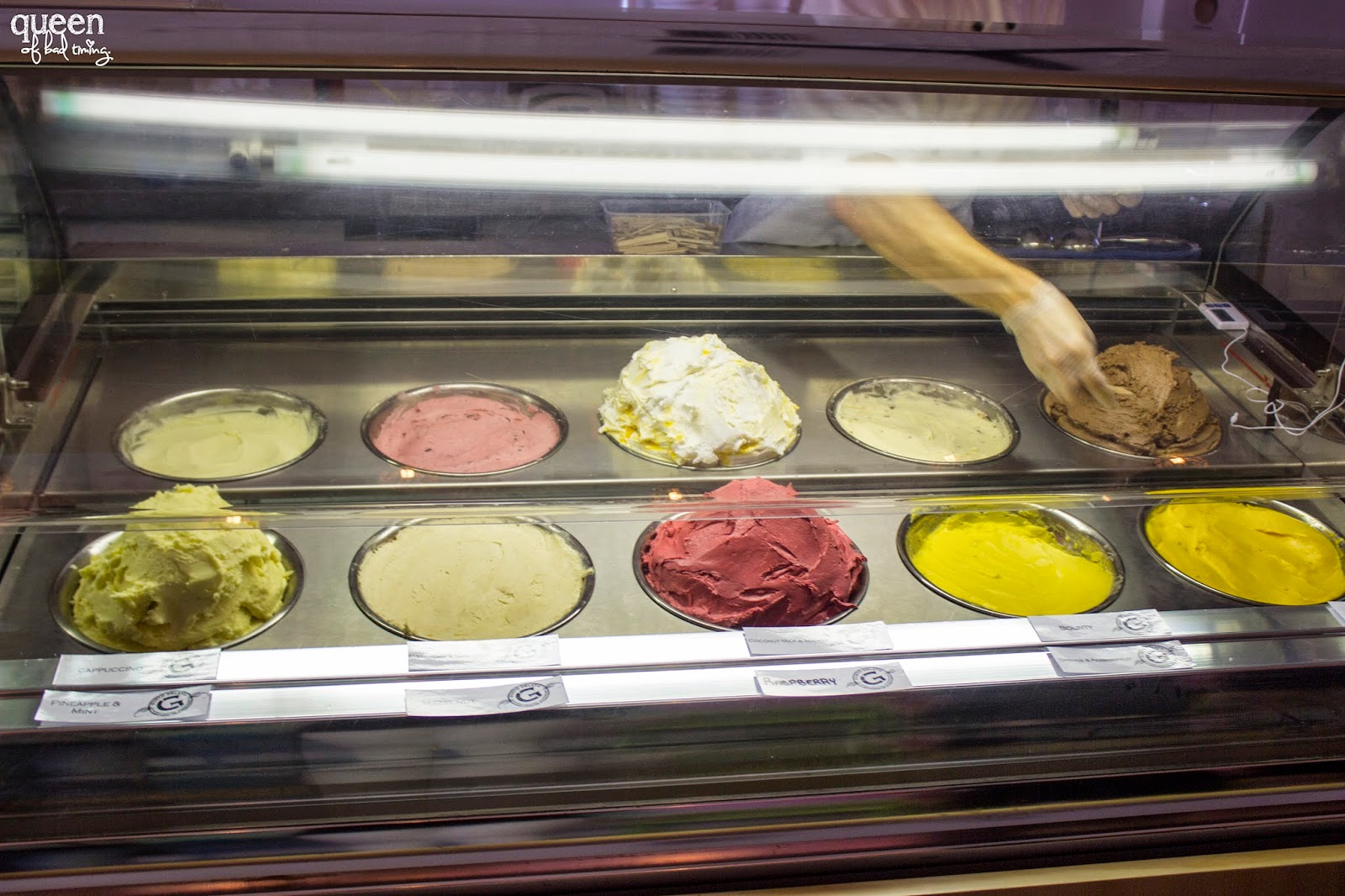 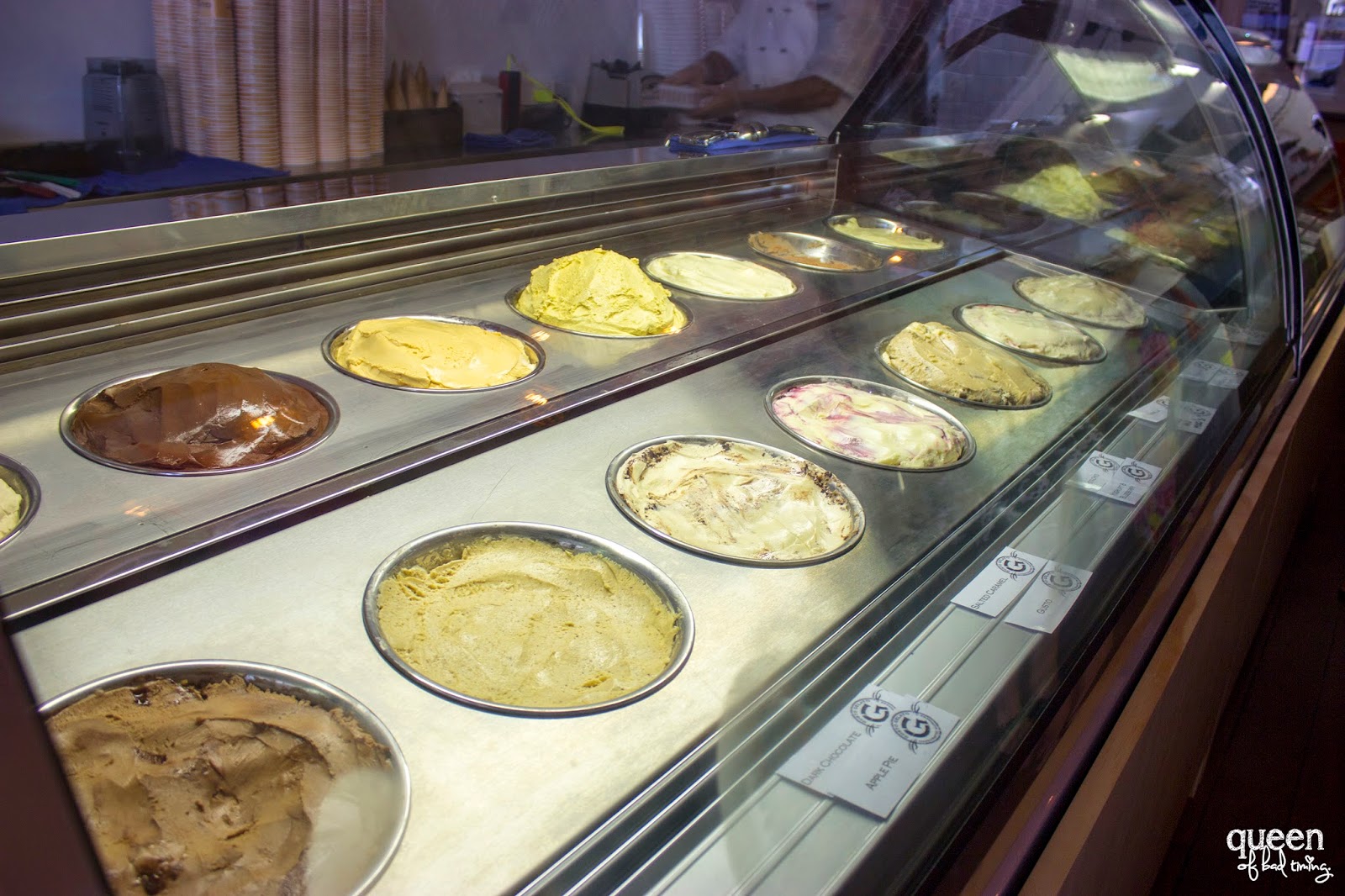 While making the gelato was the focus for our morning, it wouldn’t be the perfect occasion without taste testing the products on offer. We’re fortunate enough that we actually get to try all 24 flavours! They included: 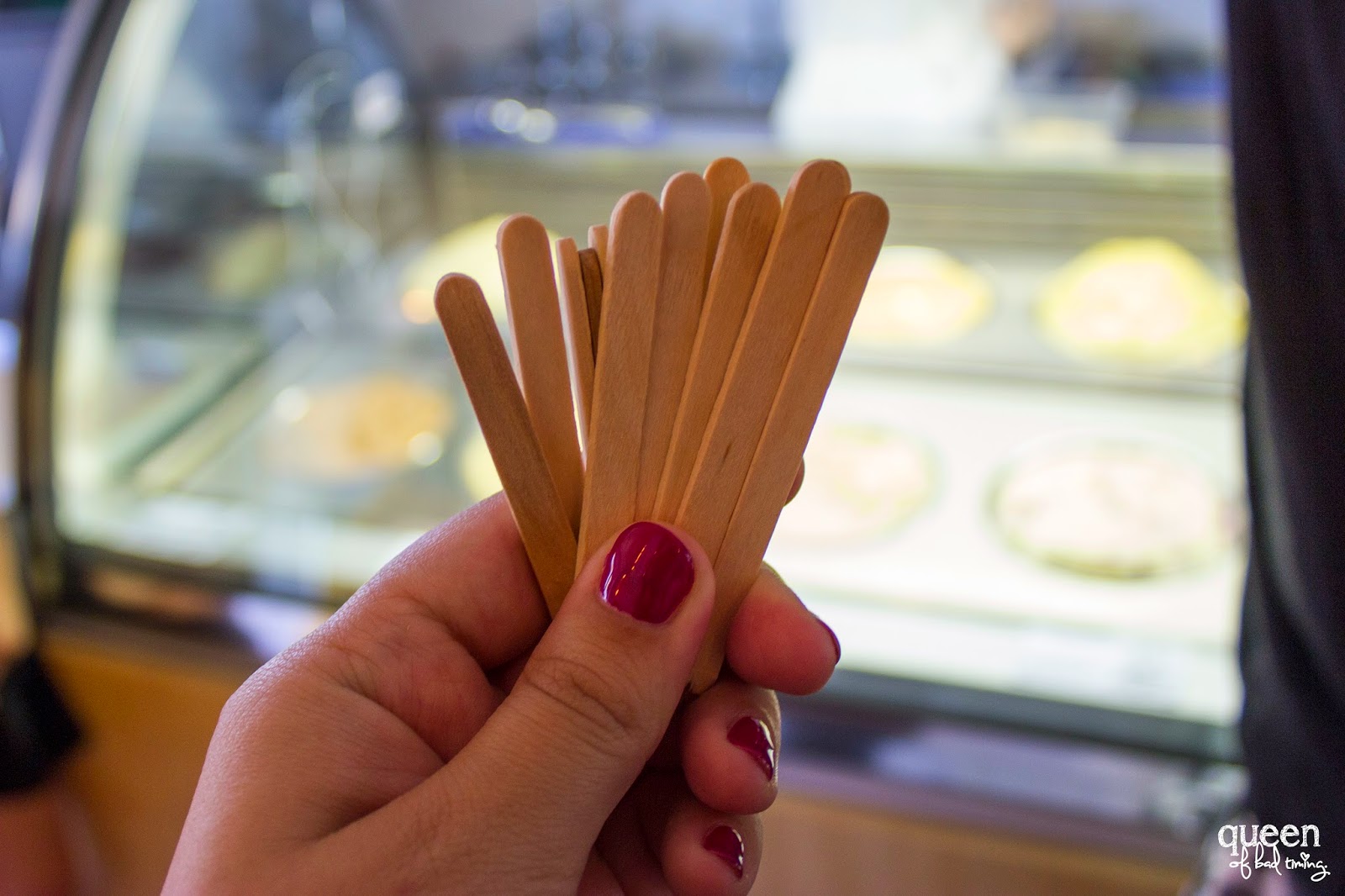 Perhaps I should have felt a little guilty over eating so many bites of gelato first thing in the morning but I enjoyed them all! So creamy, strong in flavour and delicious. My favourites were definitely the strawberry with dark chocolate (you even get the little strawberry seeds throughout), white chocolate and raspberry and the apple pie (made with real baked apple pie that they blitz and include within). 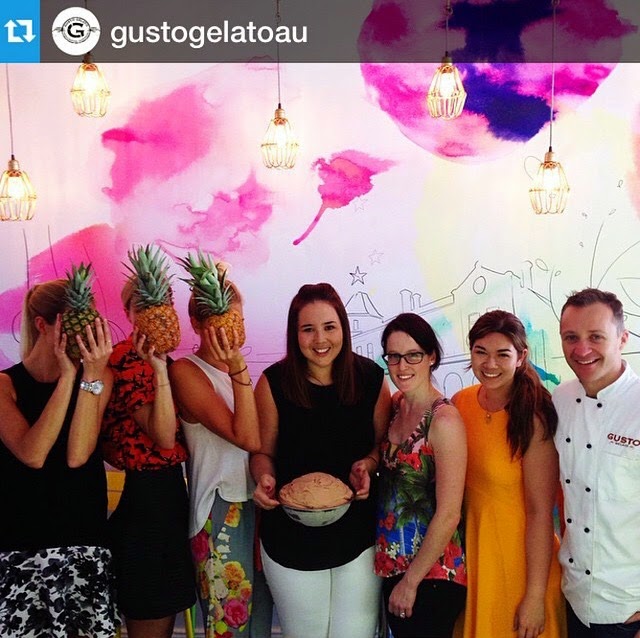 So what did I think of Gusto Gelato? It was a tasty, fun and informative morning with the gelato guru, Sean. I really loved learning all things gelato and indulging in great flavour combinations. I actually stopped by Gusto on it’s opening day and tried the orange and passionfruit and the banana gelato, which were nice enough but after tasting the strawberry and dark chocolate, I’m officially in love. Definitely looking forward to stopping by soon for a scoop or two as the summer weather embarks on us all.

A revolutionised chocolate bar feasted on at The Trustee Bar & Bistro

Health is Wealth at Pax + Co

A Thai explosion of flavour at Nunam