A Taste of Must with a squeeze of lemon 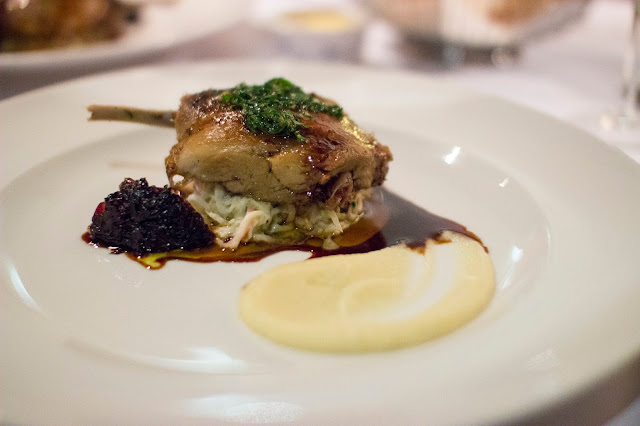 Seasonality is by no means a new trend when it comes to cooking, but it’s one that has definitely become more and more prevalent in Perth over recent years. With supermarket giants Coles and Woolworths offering produce year-round that probably shouldn’t be available, it seems that restaurants are bucking in the opposite direction – paying homage to the natural cycle of food.
I’m actually a huge fan of seasonality. Of showcasing ingredients at the times of the year when they were intended to fully shine. Plums in summer. Asparagus in Spring. Leeks in Winter. I look forward to each season knowing it brings the sweetest, most vibrant and fresh produce. 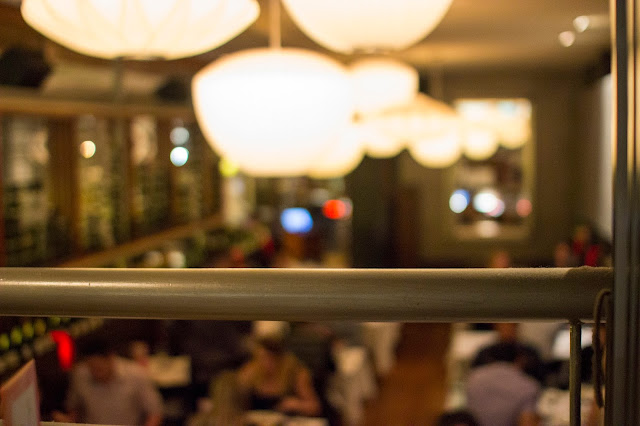 In celebration of all the beautiful goods harvested in our fair state, Must Winebar will be throwing away the a la carte menu once a month to bring guests a four course tasting menu ($65.00) with optional matched wines ($35.00). This event is called ‘a Taste of Must’ and I was lucky enough to receive an invitation to attend the inaugural night where Must’s chefs created a beautiful, cohesive meal celebrating lemon as the star ingredient.
Arriving at Must on the evening in question, you could tell it was something different just from walking in the door. Of course the food here is always impressive but it was great to see everyone digging in to the same dishes, with the staff walking the floor and chatting about the food and the techniques used. 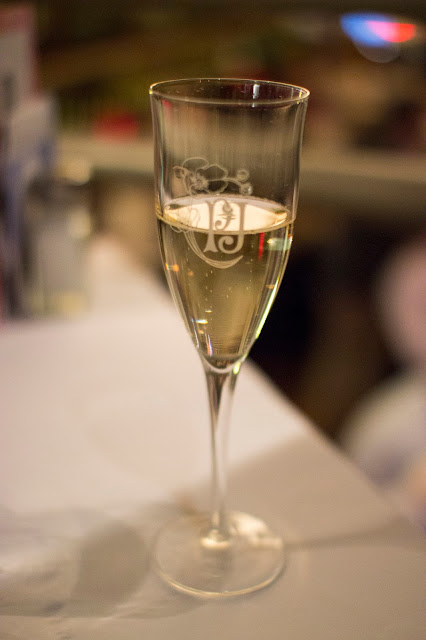 We bumped into Head Chef and Partner, Russell Blaikie as we made our way to our table upstairs, which was a nice opportunity to catch up and learn more about the evening. He told us that it was a really fun exercise offering the chefs free range to have fun, cook the food they love to eat and use ingredients which are fresh and of the minute.

It didn’t take long for the festivities to begin, with a complimentary glass of Perrier-Jouët champagne set down on the table for myself and my dining companion – my best friend Vee. It was deliciously light and sparkling, with a lovely sweet crisp flavour profile. 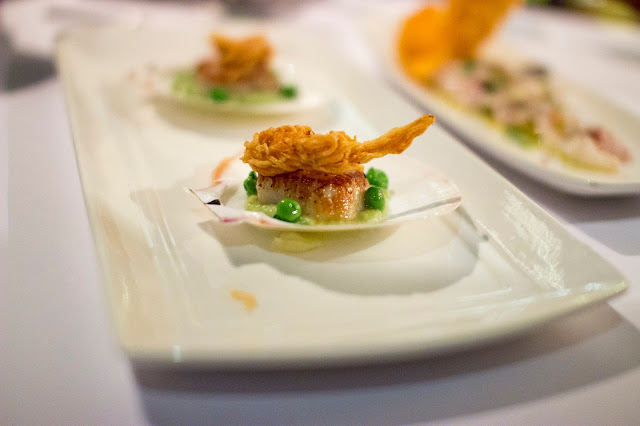 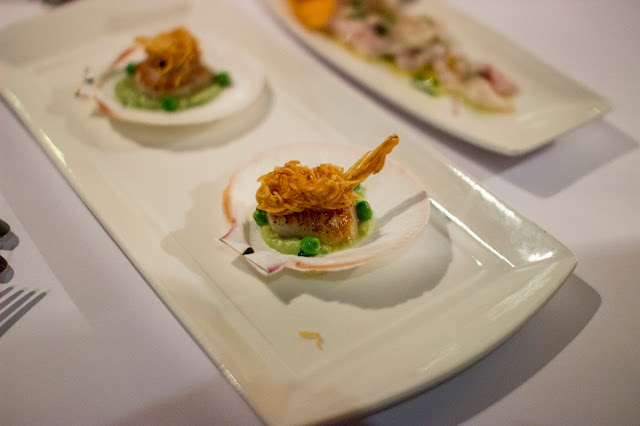 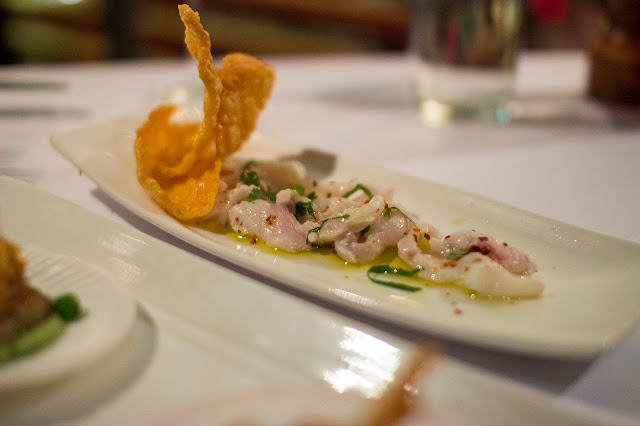 The appetisers for the evening were brought out to the table by Russell, who talked us through the dishes we were sharing between the two of us, but also explained the thought behind them. Our eyes immediately went to the half shell Esperance scallop with fennel puree, peas, potato crisp and lemon salt.
A playful ode to fish and chips, I thought that the scallop (which is one of my favourite seafood ingredients) was cooked perfectly, with spot on caramelisation to heighten the sweet flavour. I could have happily devoured a whole tray of these – they were so ridiculously tasty!
We also shared in a ceviche of Shark Bay snapper which was served with a sriracha rice cracker to scoop up each bite of the tender and zingy fish. That cracker was a really inventive way to introduce some heat and texture to the dish, without distracting from the main flavours. I love how vibrant the citrus was and how tender the snapper still remained – it was cured just right. 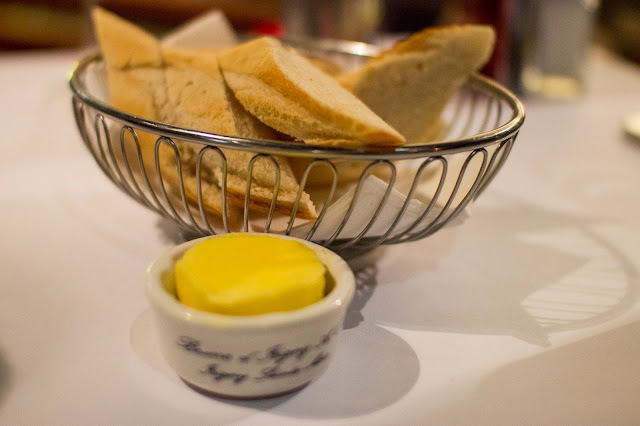 When it comes to bread and butter, I’m a self confessed addict. I try my best not to eat bread too often, but when I go to a restaurant and they bring it out to the table… well it’s like I’m a zombie in the Walking Dead and there is no stopping me.
Must’s baguette is about as delicious a bread as I think I have ever had (true story). Imported in from a patisserie in Paris, it’s half-baked, frozen and flown in to Australia where it finishes baking before being brought out to tables like mine, ready to be devoured. The butter that accompanies it is a beautiful rich and creamy spread that intensifies in flavour as it gets closer to room temperature. All in all, a very impressive partnership.
I’m not going to lie… we had a lot of food on this evening but we also plowed our way through two baskets of that bread. And I regret nothing at all! 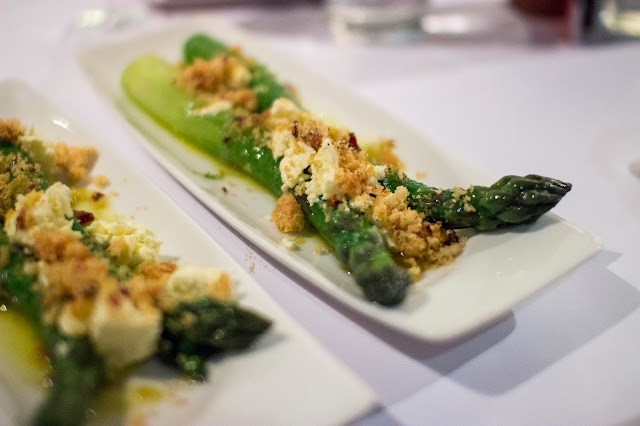 Putting the bread aside (we munched on it throughout the whole meal), our entree soon followed, consisting of Torbay asparagus with Over the Moon feta, and a lemon and pancetta crumble. These were the plumpest asparagus I’ve seen in such a long time! But they were beautifully fresh and cooked just right, letting my knife slide through with a little resistance still.

I’m a big fan of Over the Moon cheeses, and the use of that salty but creamy feta was just what the dish needed – working well with the slightly meaty crunchy crumble. This was again another restrained, simple in essence dish but really knocked me out in the flavour department. 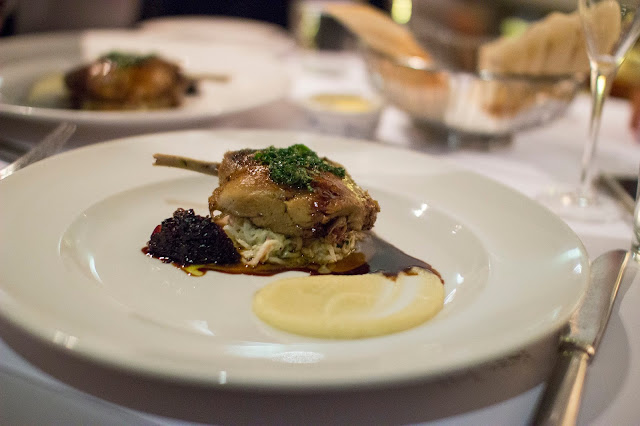 My go to main dish at Must Wine Bar is always the duck, so I was pleasantly surprised to see that the main course for our Taste of Must dinner was exactly this. A lovely serve of confit duck leg came with a radicchio and beetroot marmalade, kohlrabi, smoked celeriac puree and gremolata.

How great is duck! And look at that knife work on the bone, it was clean as a whistle! I really enjoyed just how different this dish was – the duck was soft and juicy, and the kohlrabi underneath was slightly peppery and sharp. I really like this vegetable so seeing it in use at a restaurant was a nice change of pace – especially when you tried it with that sticky marmalade on the side. The creamy puree was jam-packed with goodness – I almost wanted to lick the plate clean… but I had my bread to mop up any residual sauces so there was no need. 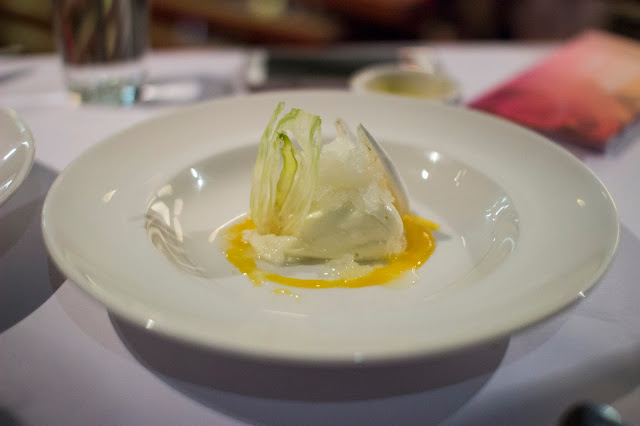 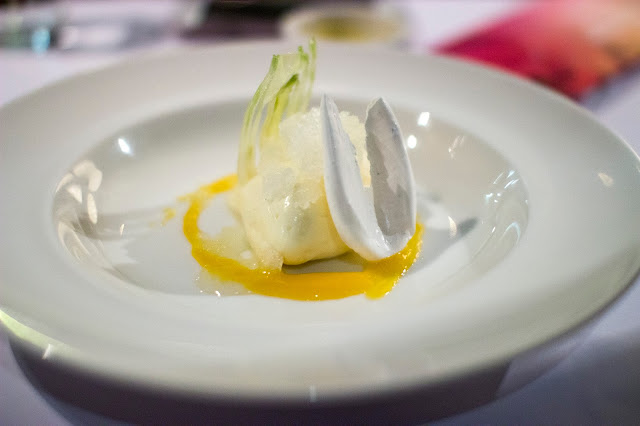 Our final course came in the form of yoghurt mousse with cumquats, lemon granita, thyme and fennel crisp – and a happy little meringue on the side. Visually it was quite beautiful with it’s simple but elegant plating and the varying textures and temperatures included.

The flavour of this dish was somewhat complex on the tongue, with that tangy yoghurt and then the cold, icy citrus hit from the granita. I love herbs in desserts, so it was nice to see that evolve one step closer to the sugared fennel crisp which was sweet, savoury and sang of aniseed with each bite. A clever addition that actually worked well to tie the whole dish together.

I think you can imagine after all that food, and all that bread I was very full! But there were no regrets at al, it was a really special dinner – one that showcased the beauty of lemons in the most subtle manner. I definitely recommend trying out one of the next dinners yourself (egg in November, cherry in December) – I think I will be heading along to those too. It’s not just about the celebration of Western Australian produce, it’s also so exciting seeing what the chefs come up with when they give the diner a Taste of Must.

A theatrical night at No 4 Blake Street

July • another year done and dusted ✌🏼

Business lunch for one ☝️🥳

Well this was a bit stunning. Seeded loaf, salmon

How can one bowl of beans make me so sublimely hap

Find yourself a group of girls who cook you brunch

Guys this is Sancocho aka a truly delicious Colomb

Is this one of Perth’s best burgers? Oui!

What is it about stracciatella that makes me go we

Possibly one of the most delightful dishes I’ve

The ultimate grazing board featuring some of @garu