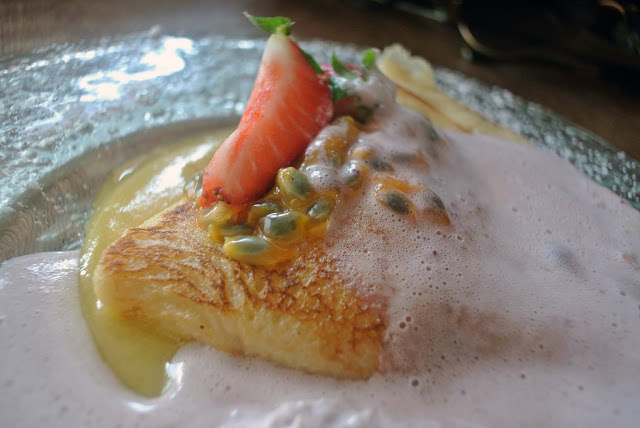 It’s been a good weekend. Friday night I went to the Wildcats first 2012-13 home game and the Twilight Hawker Markets, Saturday brought the Beaufort St Festival and The Classroom and Sunday, I found myself with Jeremy at another venue that’s been on my wish list for some time now – West End Deli.
Situated in Leederville not in the general trail of eateries but rather hidden in suburbia, this little standalone cafe brings hoards of people who rave about its offerings. The menu is simple – one brunch menu with a very small selection of items to choose from; and one dinner menu with even less. I like that it’s so specialised as in my experience it tends to mean they do a few things good. That seems to be the case here too.

Luckily it wasn’t too busy even though it was 9am on a Sunday morning. We found a table straight away and after staring greedily at what the other diners were eating, we scanned the menu for what we’d like to eat.

Straight away I’m captivated by the Crab Omelette with Coriander and Manchego. 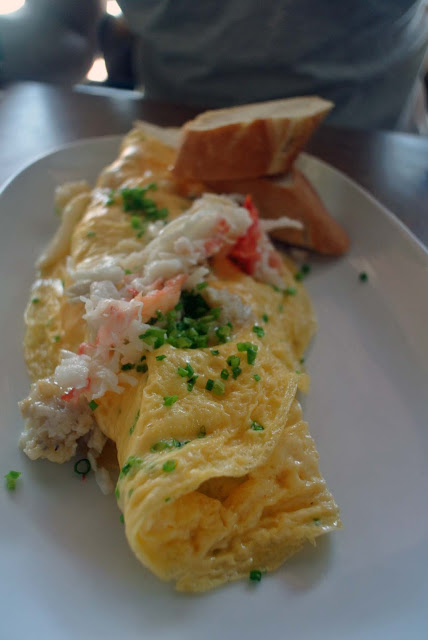 Jeremy is quick to make his mind up too, going for the King George Whiting with Poached Egg and Toast. However all doesn’t go to plan and we’re informed they’re sold out for the day. So we send the waitress away with our drink orders and reevaluate our meals after she tells us that the special of the day is crepes.

While the crab omelette had sung out to me, Jeremy’s not so keen on the crepes and we usually don’t order the same thing. Everything else on the menu is pretty stock standard fare so finally we decide that he’ll get the omelette and I’ll go for the crepes – after all I always ogle sweet breakfast dishes but rarely ever order them. 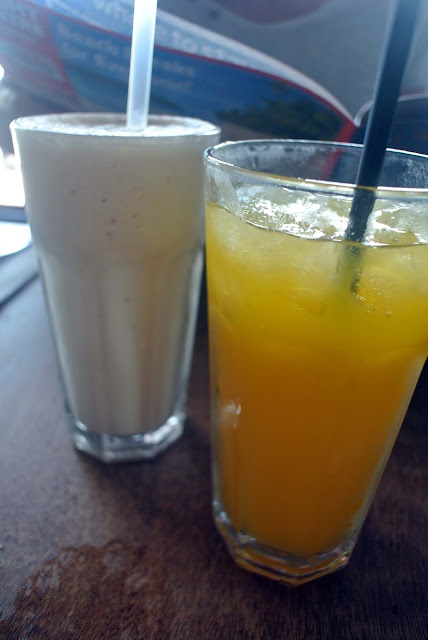 Our drinks arrive shortly after we place our meal orders – Jeremy going for a vanilla milkshake with a dash of cinnamon and myself choosing my typical fresh squeezed orange juice.

The milkshake is declared delicious – it’s light and frothy with a strong vanilla bean taste but also the promised cinnamon spice. My orange juice is equally impressive with its natural sweetness and acidic freshness. Nothing can beat a newly squeezed juice in my eyes – it’s the perfect way to start your day.

When the food comes out I have to admit we’re a little taken aback. The portions are a lot smaller than what I had anticipated. However that said, the plating is beautiful and modern. And they smell wonderful.

The crab omelette is by far the better of the two dishes which initially fills me with some regret at my decision to jump ship. The omelette is fluffy though you can’t taste the manchego cheese at all; and the crab sprinkled on top is fresh, but it’s a small amount considering it’s $22 price tag.

I like it but I can see that it’s a very simple dish that doesn’t seem to have much to it. Jeremy’s enjoying it but he does tell me that it needs some more seasoning – and just generally more excitement factor. However that said, what I ate I really enjoyed so perhaps this was a dish more suited to me.

My crepes come out with orange curd, passionfruit and honey & blueberry cream swimming around it. It’s about half the size of Jeremy’s omelette but it looks impressive. The crepes are strangely savoury with a real saltiness present; but the orange curd is tart and thick which works well with it. It’s a very sweet dish but I can see real dessert lovers gravitating towards this happily. I was still a bit hungry afterwards which is rare for me, so I guess it wasn’t just my initial judgement at thinking it was small. Or perhaps it’s greed because though it wasn’t the sort of dish I normally would like, I did enjoy this. 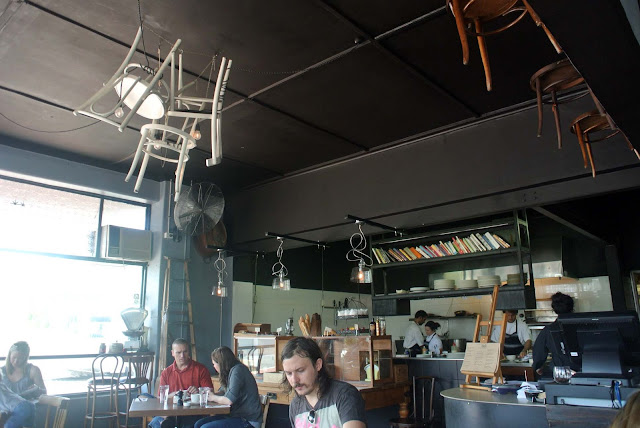 The inside of West End Deli is funky and quirky. It’s wooden furniture and clean lines but the walls have this great urban rustic appearance. And the lighting is awesome – chairs strung haphazardly with lights hanging around them. Pretty damn cool. 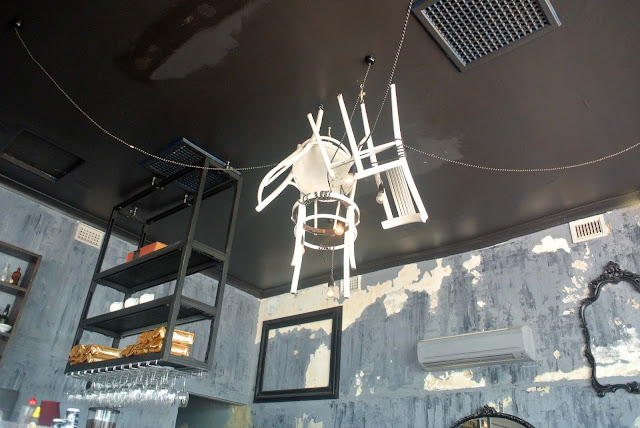 Though the meals had a couple downfalls, overall I have to say I did really like this place. I can see now that the trick is to order some of the many side options on offer to ensure a full stomach when leaving from breakfast. What we did experience was some outstanding service, fabulous ingredients and innovative dishes that I haven’t seen elsewhere. I am sure I will be back sometime though and maybe I’ll get that crab omelette all to myself!

A thing for numbers at Lot Twenty

A suburban escape to The Cabin