An afternoon delight of Ben & Jerry’s 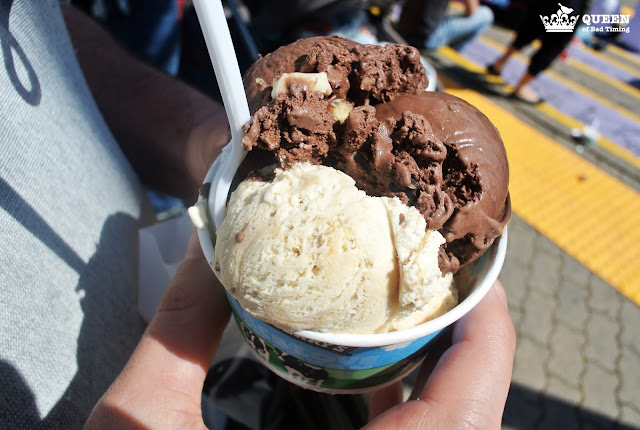 After an extremely rainy and stormy Saturday last week, I was surprised to see blue skies break through Sunday morning. It was very welcome though, considering Jeremy and I were keen to go to the mid-Autumn festival in Northbridge being run by the Chung Wah Association.

Since he’s a kung fu instructor on the side of his normal career, he was particularly eager to go as there were three different schools putting on performances that day.

As we sat down on the steps of the amphitheatre outside Alexander Library watching the impressive skills these martial artists have, I spied out the corner of my eye the Ben & Jerry’s ice-cream truck. Since this opened in Perth a couple of months ago to set up shop, I have been waiting to try this world famous ice-cream out for myself. After all, I am rather partial to this creamy treat! 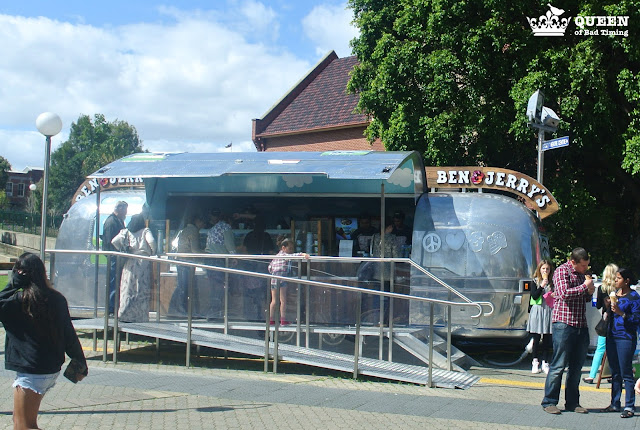 I joined the long line waiting to be served, eying the selection of choices available. They have a pretty slick setup, with staff who serve you your order, and then others that ring up your purchases. The price is a little more expensive than I was expecting, with a single scoop over $5 in a cup. So I have to admit I was expecting big things!

Since Jeremy’s busy watching a kung fu demonstration, I make his choices for him. Cue the pressure! But in the end I decide on a scoop of New York Super Fudge Chunk (chocolate ice-cream with white & dark fudge crumbs, pecans, walnuts and fudge covered almonds), and a scoop of Triple Caramel Chunk (caramel ice-cream with caramel and chocolate covered caramel chunks). 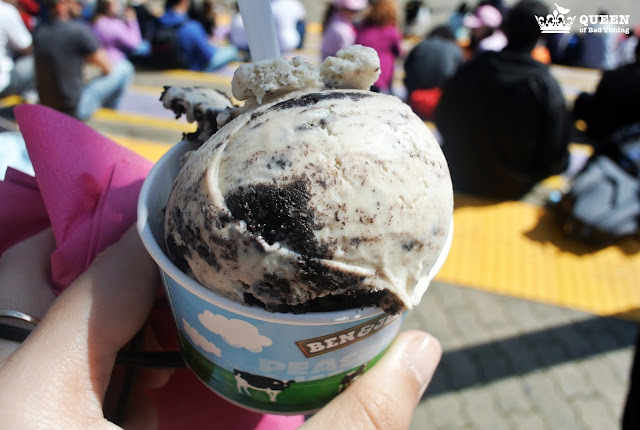 For my single scoop, I go for the Sweet Cream & Cookies (sweet cream ice-cream with whole and broken chocolate sandwich cookies). I usually love cookies and cream ice-cream flavours, so I was pretty excited.

When I’ve been overseas, I usually beeline to Haagen Daaz, which I have to admit is what I was expecting for the flavour of Ben & Jerry’s. But after a few bites I soon realised that this is much different.

The texture is closer to gelato; stretchy and elastic. But the flavour itself lost me, the milkiness of the ice-cream just not quite to my personal preference. I have to admit (and ice-cream snobs may curse me for it) I much prefer my go to Love Potion 31 at Baskin & Robbins! 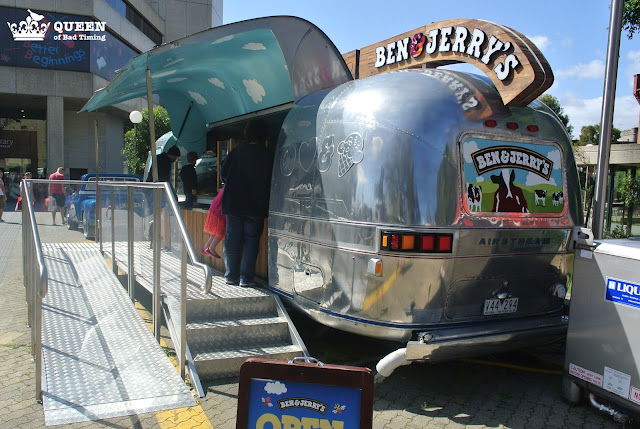 However that said, Jeremy enjoyed his scoops well enough so maybe it’s just my tastebuds. How disappointing since the truck is near my work – I was hoping I would fall in love so I could swing by in summer at lunch for a cheeky icy treat. Oh well, at least my waistline will thank me for it!