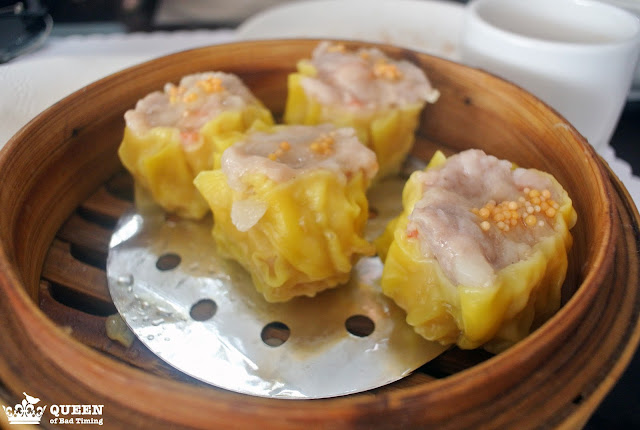 I remember about 7-10 years ago, dim sum on the weekends suddenly became the latest craze amongst those who had not grown up with this custom. For myself, dim sum wasn’t an overly often occurrence due to the quality you could find here in Perth compared with what my mum was used to in Taiwan. But still, it was a part of my childhood and teen years, and when I was eighteen it became the perfect recovery from a big weekend night out with my equally hungover friends.

In recent years, dim sum has dropped off the radar pretty much for me. When I’m holidaying in Asia I tend to try it one or two times, and when I’m in Perth maybe the same amount per year. Don’t get me wrong, I do enjoy it – but it’s not something that usually gets me overly excited.

Last weekend Jeremy and I took my mum out to get some groceries (Re Store for me, Chinatown for her). After a quick stop at Coventry market we decided to try the new(ish) dim sum restaurant in Morley, Silver Seas. 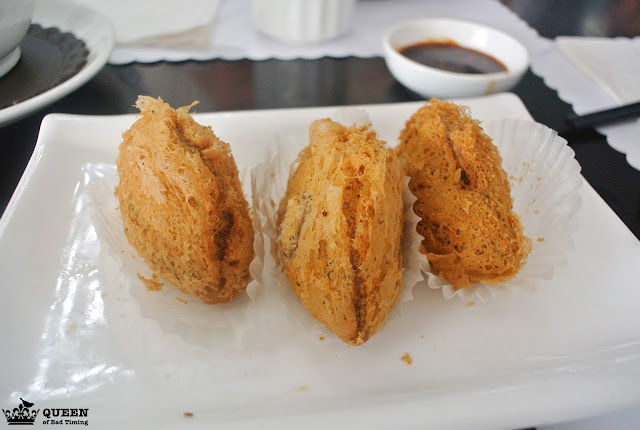 We arrived around 1.30pm, and to my surprise it was still packed inside! The outside is not much to look at, it’s plain and nondescript, but inside is clean with bright lights and happy diners. It’s what’s inside that counts after all.

We wait about 5 minutes for a table and are provided with some fragrant jasmine tea while we wait for trays of food to sweep past us for our taking. Immediately my mum spies some fried yam pastries which she promptly orders. I LOVE yam. Yes I say that with immense excitement because I adore this starchy glutinous food.

These pastries did not disappoint. Crunchy on the inside, soft and chewy in the centre. They’re sweet from the yam, but savoury from the pastry – a nice contrast and a naughty way to start our meal with this fried good. 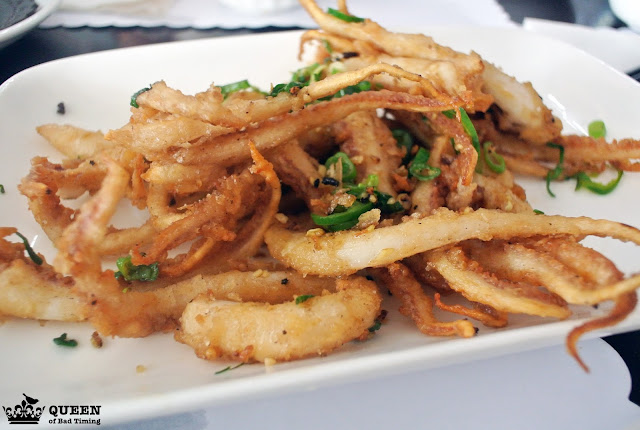 Keeping with the theme of fried items, we opt for a plate of the Fried Squid with salt and chilli. The squid tastes quite fresh which I have to admit I’m surprised by – though it does make sense since there’s a seafood market across the road at Coventry. There’s not enough garlic punchiness for me, but the flavour is still enjoyable.

Even though these are quite easy to make at home, mum and I both agree it’s better ordering them so we don’t have to bother. A few bites is all you need to satisfy this craving!

Soon enough the cart filled with stacks of baskets of steamed dumplings makes it way to our table. This is where the good stuff tends to be! We take a serving of the Siu Mai dumplings, Prawn dumplings and Prawn & Scallop dumplings.

The siu mai is delicious – the pork tender and flavoursome. The roe on top isn’t as fresh as I’ve had in other places and looks a little lacklustre, but the pastry that wraps the dumpling is soft without being gluggy. 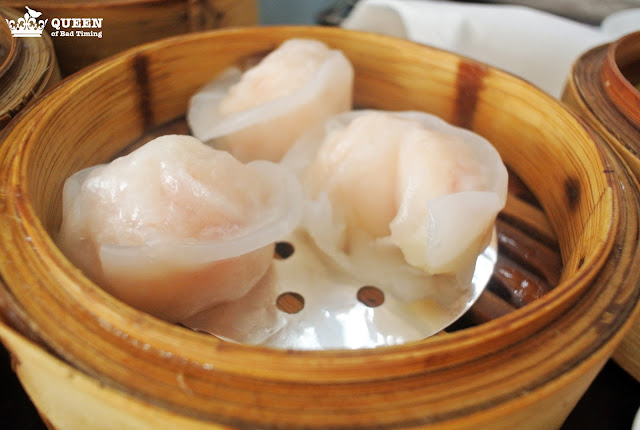 The prawn & scallop dumpling seems to be lacking any scallop flavour which is a little disappointing. But they’re well seasoned and more filled than some of the dim sum places in Northbridge. I like the chilli oil they give our table to accompany these items, it’s adds some depth and a little spiciness which is needed. 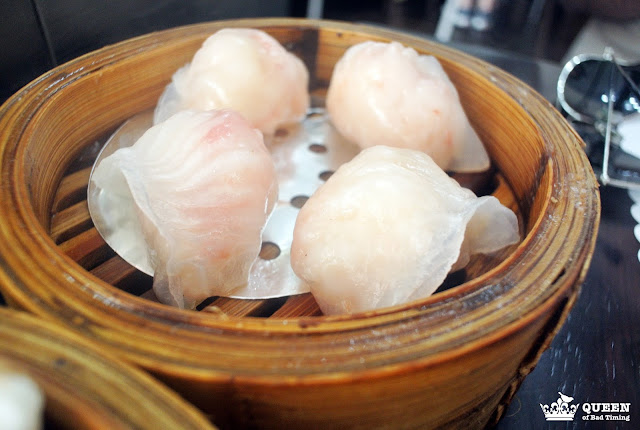 Prawn dumplings are always a staple at dim sum I think. These were as they should be – juicy and piping hot; with actual prawn inside instead of a mystery pink meat. I like that the skin on the outside doesn’t fall apart with the slightest prod, or pull off in one go – this actually manages to stay with the part of the dumpling it covers. 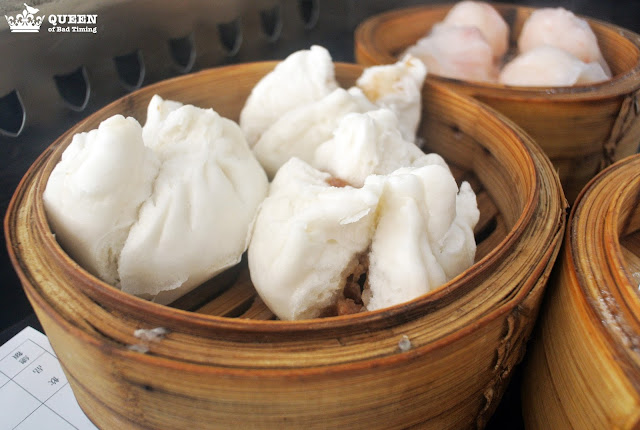 Jeremy’s a big fan of Char Siu Bao (so much that we always keep some in our freezer for lazy day meals) so we order a serving of these. My best friend Carly calls them ‘fluffy clouds’ which is I guess how they must look if you haven’t grown up on them!

I myself usually prefer the plain versions which my grandpa in Taiwan used to go out and buy me in the morning when I would visit (or crispy You Tiao) and we would slather them in butter while munching away.

When I eat the Char Siu versions I expect soft, fluffy bread with sweet, sticky pork on the inside. While these ticked the box for the outside, the filling was definitely not char siu in my opinion. It was a light brown colour, and had none of that sweetness that this Cantonese cooking style is known for. A bit disappointing! 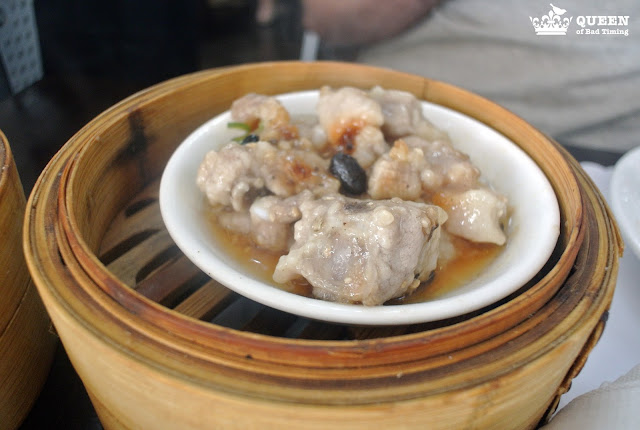 While I was already starting to get full, mum and Jeremy were on a mission to eat so they continued ordering dishes as they’d come past. Next up for them was the Braised Pork. I didn’t try this but I was told it was extremely tender and had a nice amount of fat (we do love fatty food sometimes) without being gristly. 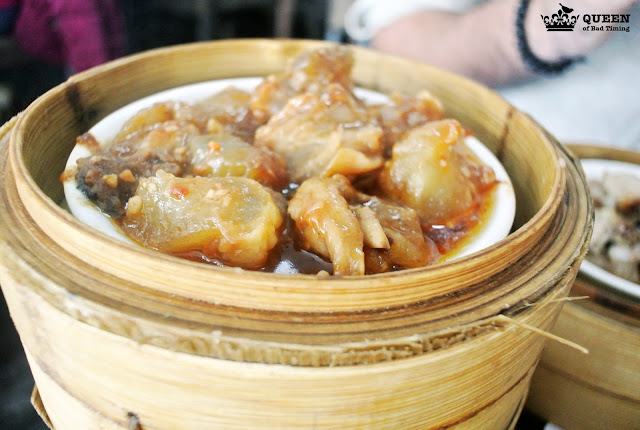 The Beef Tendons were like soft lumps of fat, falling apart in the mouth as soon as your tongue touched them. They were literally melting! The chilli flavour is subtle but compliments it quite nicely. 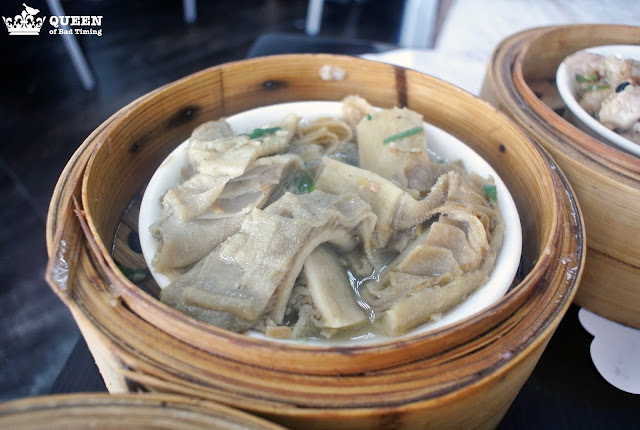 I have to admit, I’m not the greatest lover of Ginger Tripe. The texture tends to put me off even though I can appreciate the taste is enjoyable. But my two fellow diners loved this and were happy eating every last bite. 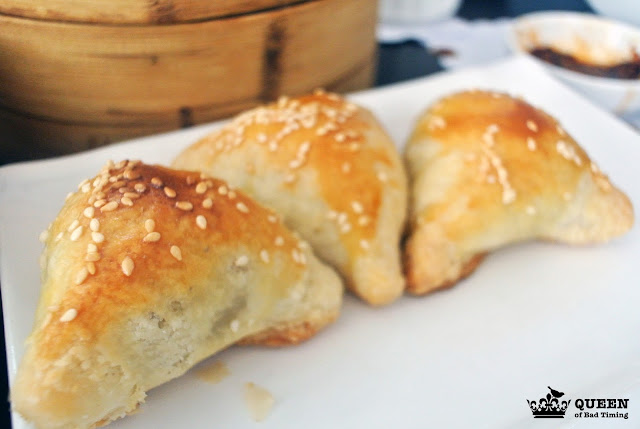 The final dish ordered was one I usually love – Baked Char Siu. But much like the bao before, the filling was not what I would normally get which left me unsatisfied. The pastry on the outside was nice though, flaky and buttery – so short it crumbled everywhere. Ahhh, I love pastry.

All up, when we paid our bill we were full and for the most part satisfied. At $56 total for the three of us, this was a great deal cheaper than the city/Northbridge dim sum joints I would normally go to if I felt like this type of food. The service was great at Silver Seas too, so really the only downfalls for me is that char siu flavouring, and the fact that our tea was so jammed with leaves we couldn’t pour it without making a mess… which we did. Whoops!

If I lived closer to Morley I could definitely see myself returning here for a cheap dim sum meal when I’m craving it. For those who do live near Silver Sands it’s probably worth checking out, especially since I hear they serve dim sum for dinner too.

The battle of the Taipei omakase

A gluttonous affair at PappaRich