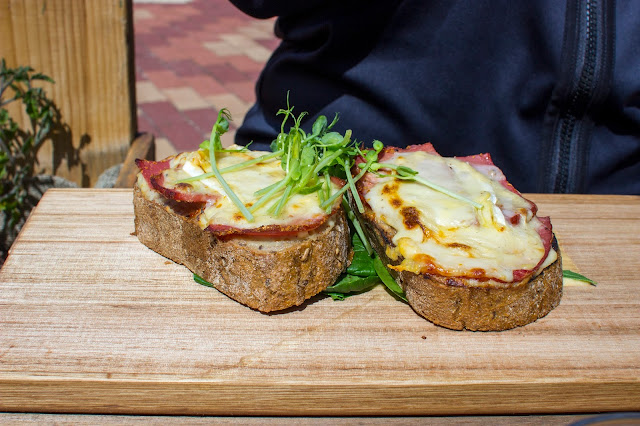 I have such a love affair with our beautiful city – some days more so. Today was one of those days. A Sunday of promised rain that was dominated instead by beautiful blue skies and sunshine, it was the kind of weekend moment that felt soul restoring and blissful.
If you know me at all, you’ll know I’m not a fit person. Sure, I walk my dogs, ride my bike on occasion and enjoy the very odd spin class, but my normal stance on exercise is I know I should do way more of it, but I just can’t quite get my butt into gear.
However on this lovely day I started it off with a long walk (with little bursts of running much to my dismay) with my girlfriend Linda at Kings Park. Normally when Vee, Linda and I exercise together (they’re my fit friends, I’m usually just there for the promise of food after… sad but true) we do circuit boot camp routines, or Jacob’s Ladder. So it was nice for a change of pace this time with my first experience of the Law Trail (we were meant to go to Kokoda but we took a wrong turn).
After sweating it out for over an hour – and somehow being convinced to do a lap of Jacob’s and Suicide Hill after (my thighs are aching), we decided to reward ourselves with lunch at Finlay & Sons in Inglewood. Vee lives just round the corner so she met us there before going to do Jacob’s Ladder herself later in the day. 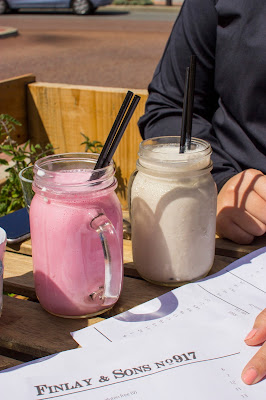 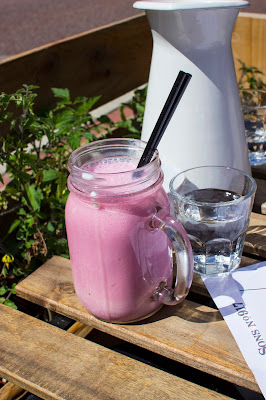 Though still relatively in it’s infancy, Finlay & Sons was really quite busy. We managed to snag the last table available which was outside in the lovely sun, though probably was too small for three of us – there was definitely some tetris action happening when our plates came out.

The appeal of fresh juice tugged at my heartstrings momentarily as I stared at the menu, but in the end I gave in to the sinful lure of a strawberry milkshake instead ($6.00). When it came out to the table I have to admit I had a little pang of regret – that bright pink colour definitely meant this was a fake sugar syrup instead of the real deal. It was light and milky (I tend to prefer them on the thicker side), and just a touch too sweet for me.

Linda’s banana smoothie ($8.00) left me in a state of drink envy, it was definitely the winner of the two. Smooth, cold and packed full of banana, honey and milk flavour. I did find the whole walnuts floating at the bottom a bit of a strange decision, it felt a bit irrelevant. 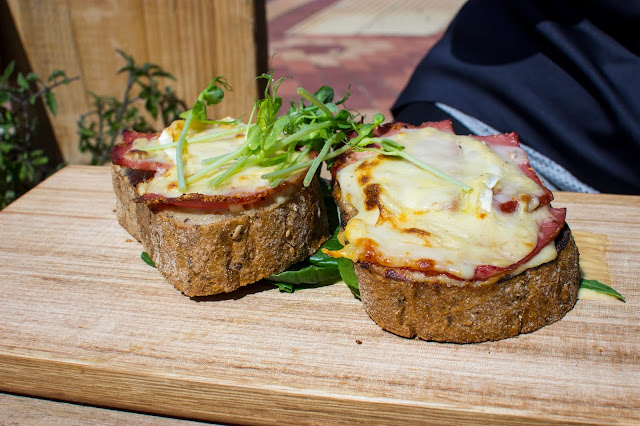 The food at this cafe is simple and the prices are comparable to other places of a similar style and calibre. I’m not a person who loves food presented on a board (it never photographs well I swear!), but at least the boards here are large enough for items not to be falling off.

Linda’s croque monsieur ($13.00) was an open faced version of the classic French toasted sandwich, with pastrami, brie and truffle oil on top. I couldn’t help but laugh that we all had a generous sprinkling of sprouts on top since I’m the only one of us who likes them – but I was happy to take them off their hands.

This dish is apparently one of the cafe’s most popular, and reports back from Linda was that it tasted great – the pastrami was a nice point of difference, and the gooey cheese on top made for decadent bites. I think that the truffle oil, while tasty, probably shouldn’t have been atop the dish, rather on the bread to soak in – it would have made the dish a little less greasy on the surface. 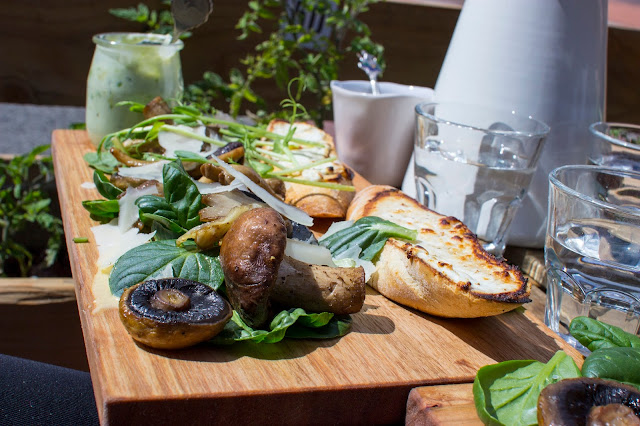 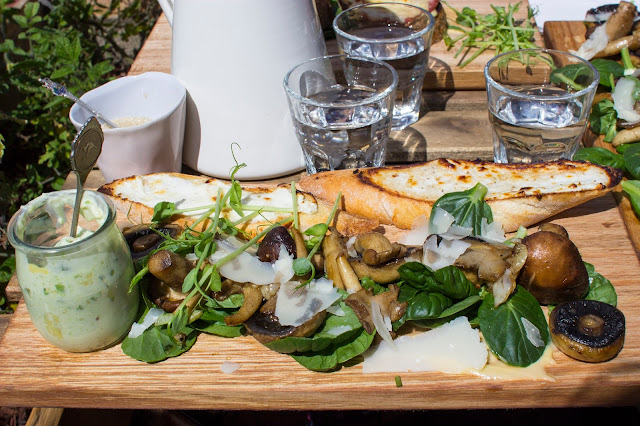 Both Vee and I ordered the goats curd baguette with roasted mushrooms ($19.00). I chose a side of the smashed avocado with yoghurt ($4.00) and Vee added on a poached egg ($3.00) which was perfectly gooey when she cut into it.

The presentation of the dish wasn’t quite what I was expecting, but I enjoyed this dish – there was a nice selection of different mushrooms which had been cooked well, offering a little resistance still to each bite. Shavings of sharp parmesan were mixed up with the spinach leaves and sprouts on the board.

The goats curd had been spread onto the baguette and toasted together, offering that lovely fluffiness that comes with cooking this type of cheese. I was really happy I ordered that side of avocado which was again not what I was expecting but in the best kind of way. It was creamy, smooth – almost like a guacamole but without the citrus kick. So yummy! I happily spread it over each slice of bread before piling up my mushrooms to get bites of it all together. It was a filling dish, and wholly satisfying. 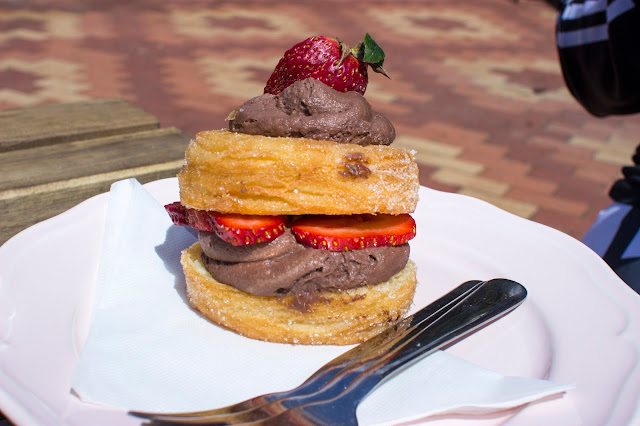 Since I am a ridiculously slow eater and the girls had powered through their meals, Vee ran inside to check out their dessert offerings. She is probably the biggest Nutella fiend I know, so when she ordered the Nutella cronut with strawberries I wasn’t surprised. I was disappointed for her though when she reported back that it didn’t have any trace of the hazelnut spread flavour, instead it was more like chocolate icing instead. You definitely don’t want to get between my best friend and her beloved condiment!

All in all, I thought Finlay & Sons was a nice cafe. I’m glad we sat outside since the interior was so crowded and cramped, especially because it was such a lovely sunny day. While there were some things that didn’t hit the mark, I thought the main food itself was tasty and I definitely was inspired by that unique avocado side dish, which I think I’ll be replicating at home!

A measured tbsp. of love in every bite

An old fashioned crab boil at the Beach Club, Cottesloe