Chicken, charcoal and chips for breakfast at Chimek 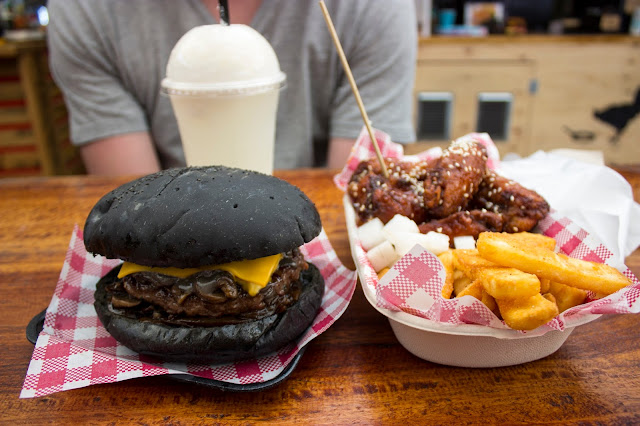 Sometimes when people talk to me about my food journey they often joke that I fall prey to all walks of life. But it’s actually really quite true – I love all different cuisines, different cooking styles and different dining types. While I do love getting dressed up and indulging in a night of fine dining, these days my favourite meals tend to be ones at a market or small cafe, chilling out with beautiful sunshine and sampling the wonderful variety available in our lovely city.
After exploring our local farmer’s market one Saturday, my boy and I found ourselves not quite committed to any of the food stalls on offer. However we were both really keen to eat though so after a bit of brainstorming, we jumped into the car and motored on down to Fremantle to the markets. I had eyes for one thing only – Chimek, the chicken and beer stand.
Okay so some people might baulk at the idea of burgers and chicken wings for breakfast (it was about 10.30am – that’s practically lunch in my opinion), but for us both we don’t really have a filter on when certain foods should be eaten. You’re just as likely to see me downing scrambled eggs for dinner one night as you are to see me eating salad for breakfast. I guess I’m weird like that. 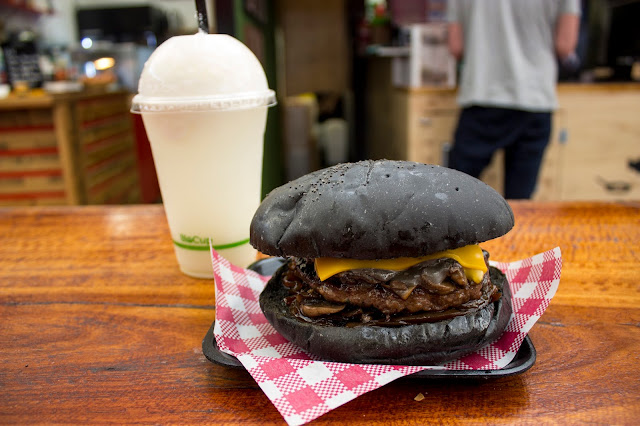 Chimek are a small little business within the back end of Fremantle Markets and have developed a bit of a cult following in social media. The amount of times I have seen snaps of their charcoal burger buns and had my mouth instantly water… well I guess you could say dining there was a long time coming.
The first thing we noticed was the reasonable price – we soon realised that we could get a meal each and share a drink for about the same price that we’d pay for a single meal at most breakfast spots. While I love the variety of Perth’s food scene, you’ll often here me vent about the constant scope creep of pricing so it’s refreshing when you find value for money. The only question is – would the taste be there? Because while I love a bargain, I’ll always choose flavour over price. Always.
Deciding to share a couple items between us, Jeremy quickly suggested the famous charcoal beef burger ($10.00). The bun was an inky black but still pillowy soft, encasing cheese, beef, mushrooms and caramelised onion. It was definitely on the sweeter side so could have used just a little extra seasoning for contrast, but outside of that it was all kinds of yummy. It actually depresses me that I keep finding great burgers down in Freo – it’s not close enough! But maybe that’s a good thing for my waistline. I did find the burger a little on the wet side which wasn’t an issue at the start but towards the end it got a little messy – not a deal breaker at all though. 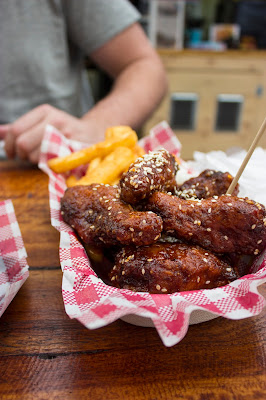 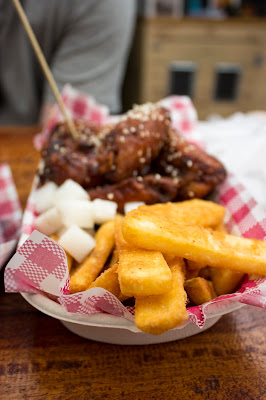 After looking at the different chicken wings on offer, I opted for the Korean gochujang ($10.00) which was described as having a mild level of spice. Initially I had my eyes on the spicy one but after a word of warning from the girl serving, I went for the safer option. It came out with thick cut chips and cubes of daikon.

I love that you got disposable gloves to wear while eating these – they definitely came in handy! The wings were sweet and having the sauce on the outside created a sealed crust, something that was very satisfying to crunch your way through to find the soft, steaming hot chicken flesh underneath. I was really pleased to see that the chicken was perfectly cooked and remained tender.

The spiciness of the sauce was present but didn’t quite have enough kick for me so next time I’m back I think the hot version is the way to go for me personally. With the sauce being so sweet it was nice to have those crunchy, fluffy potatoes and the peppery daikon to snack on to restore my palate. I was also pretty happy when I got to the last couple of wings and discovered a pool of sauce to recoat my chicken – something I would have liked to do from the start. I am one of those people firmly in the camp of the more sauce the better. 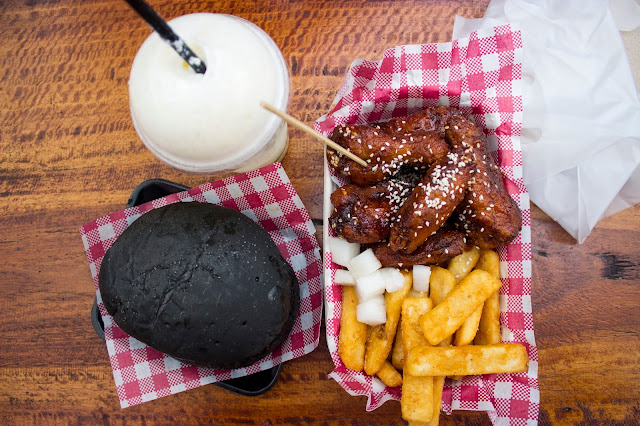 Since it was still kind of breakfast time we decided not to go too crazy with a drink each and shared a butter beer float ($5.00). It sounds so hogwartsesque don’t you think? It had a vanilla like flavour and was extremely fizzy, but was quite addictive! I wouldn’t say I loved it just because with the food being so sweet, I found the drink too much so – and it didn’t quite quench my thirst. That said, I wouldn’t pass on having it again, just maybe not to accompany my wings. I would like to try their root beer float next time I come by though!

When we finished our food we were both feeling really full! Spending only $25 we were surprised by the generosity of the servings, and the punchy flavours. A return trip is definitely in order, we thought it was fantastic and there is a lot to love about this place. It might be small and limited in their offering, but I prefer this approach where they nail what they do, and they do it with love. 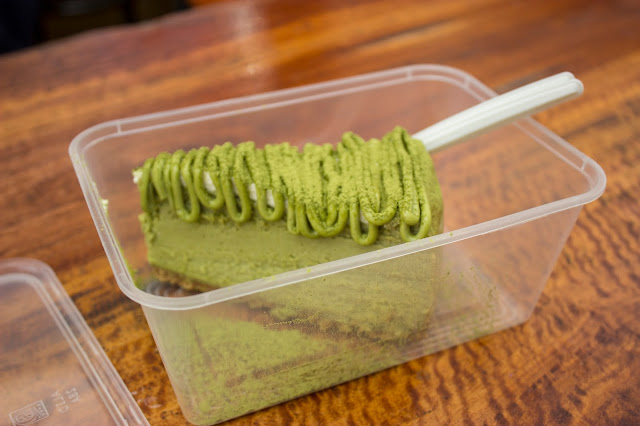 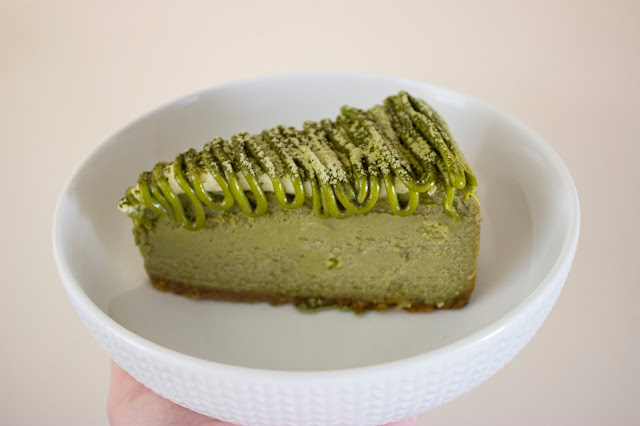 Because we couldn’t fit anything more in, we decided to take away a slice of their green tea cheesecake ($7.00). I’ve heard really good things about this, and so I was looking forward to sampling it for myself. Matcha is definitely in vogue at the moment so there’s stiff competition with so much variety around!

Did it live up to the hype? Like the burgers and wings, yes, yes it did. Creamy, smooth and with a strong green tea flavour, I thought this cheesecake was delicious. I prefer my base a bit more buttery and short but the filling itself was really pleasing. A nice way to finish such a positive first experience at Chimek.

An old fashioned crab boil at the Beach Club, Cottesloe