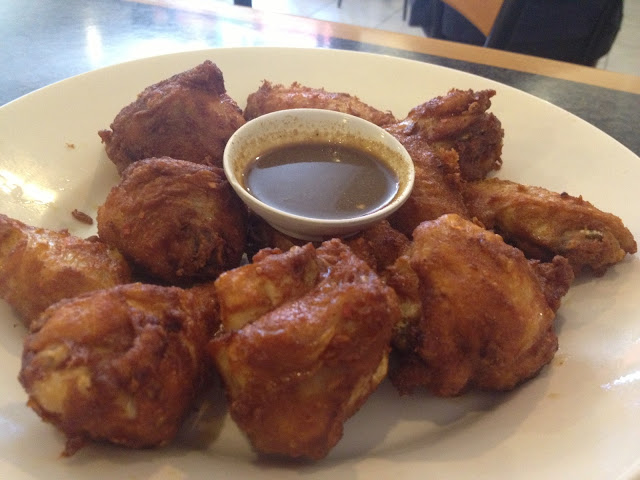 For those unfamiliar with the area, nestled in between the car yards is a little village of mostly Asian shops and restaurants. There’s Malaysian, Cantonese, Japanese and so on. Basically you have your choice and from what I can see on Urbanspoon, all seem to rate pretty highly in the public’s eye.

Jeremy and I have brought my mother out for a Saturday lunch, and though we wouldn’t normally drive this far for a meal at a place we hadn’t been to before, she was keen to try a Malaysian curry place there. Unfortunately for us, it was closed but we decided to stick around and try a different venue and afterwards we grabbed some delicious Korean marinated meats to eat for dinner (these meats alone are worth the drive).

After some deliberation, we settle on Ipoh Garden Restaurant which thankfully was air conditioned, allowing some temporary heat from the warm weather outside.

The menu was a little confusing, offering a selection of Malaysian and Chinese dishes but the photos accompanying didn’t quite look authentic. Nonetheless it was busy, and full of other Asians which is usually a good indication of the quality of food. 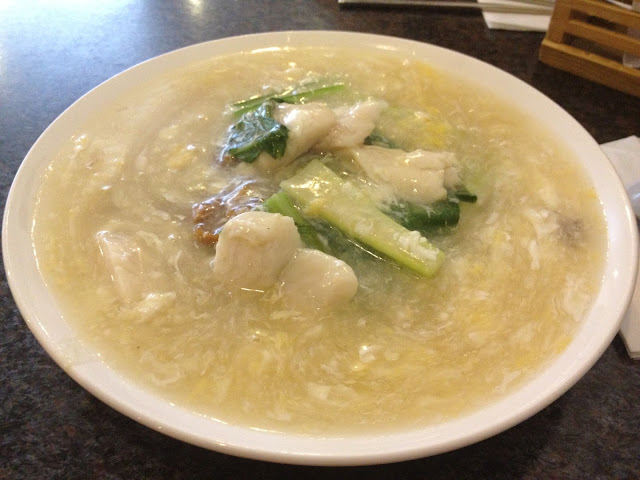 From the menu I choose the fish fillet hor fun ($16), which is flat noodles with fish and vegetables in an egg gravy.

The serving is huge. Actually mammoth is probably a better word. The egg gravy is thick and delicious, made from a wonderful stock (which makes all the difference). There’s a bit too much raw garlic for my liking which is a bit distracting from the overall taste.

The noodles used have been stir fried in soy sauce which is where this deviates from the traditional dish. The soy sauce starts to seep into the gravy and changes the taste – I definitely prefer the normal way of preparing hor fun. That said, the fish is extremely tender and flakes apart with only the slightest prod of my chopstick. 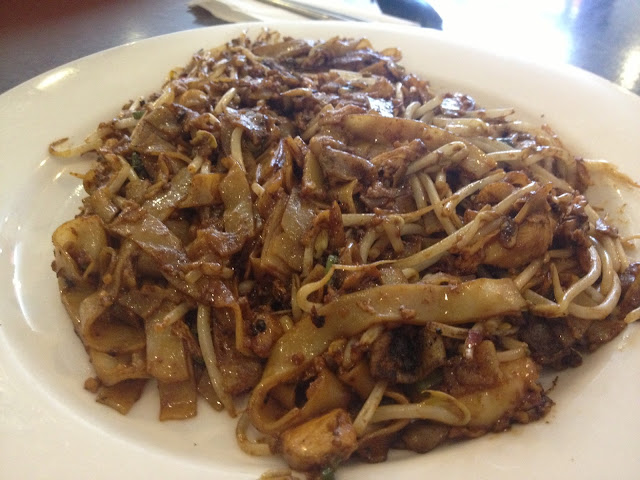 They both say it’s okay, but it’s not the best kway teow any of us have ever had. It’s really only average since there’s been an over indulgence in the use of soy sauce. The ‘extra hot’ chilli is more mild and not so present, but overall it’s not too bad.

To accompany our noodles, we all share a serving of fried chicken ($13.50). It’s a pile of crispy golden chicken that when you split it apart, steam shoots out and tender oily strips of meat pull out with ease.

It has a slight curry flavouring to the meat, but it’s a mild taste that allows the succulent meat’s goodness to shine through. I have to say, this is the best part of our meal out and a must have when coming here. No wonder all the tables around us had this too.

All in all our meal at Ipoh wasn’t too bad. The food was nice enough but that said I’m not sure I’ll be going back – especially since there’s so many other places nearby calling out to try. But if I ever do go back here, I’ll be getting more of that fried chicken for sure.

Crisp, crunch and cream at The Sarapan, Victoria Park

Don’t mind me, just colour coordinating with my

A little happy rendang to start the day @dinebyarr

Love her but keep her wild: @skol.perth’s herby

Just what the doctor ordered after a day of splish

A plate of wholesomeness @goodthingsmp ✌🏼

My fave dish from our lunch @emilytaylorfremantle

Cuteeeee 🤍 as if I couldn’t love @thehoneycak