Healthy, wealthy and wise at Solomon’s 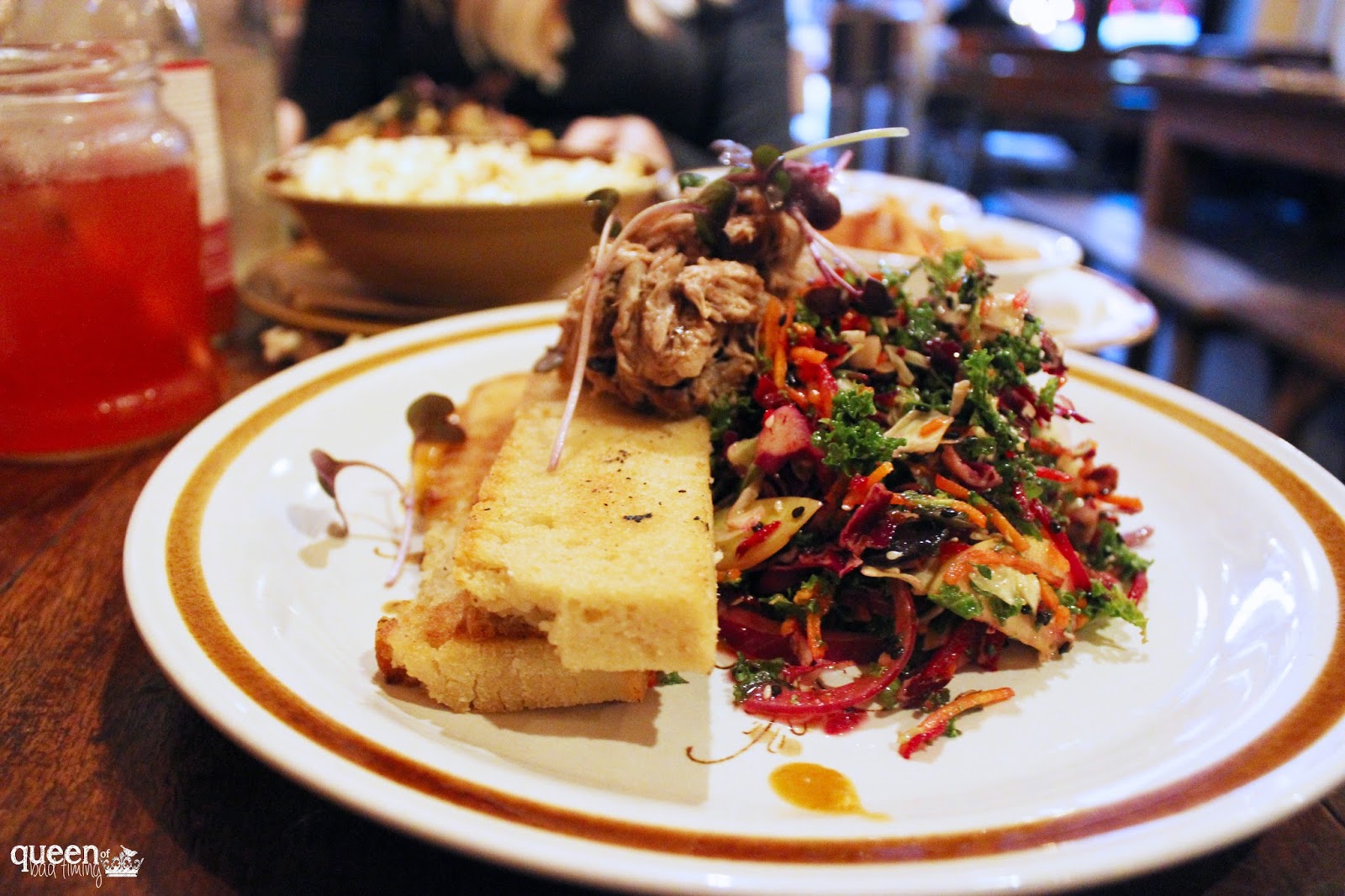 These days restaurants have it tough. As the years gone on tastebuds don’t just change and involve, but it seems new intolerances, allergies and diets have emerged which brings on all kinds of challenges to the chefs. Most places seem to cope quite well, but then there’s some restaurants that take it to a whole new level like the Raw Kitchen in Fremantle (still on my wish list sadly) and Solomon’s Cafe in Highgate.

Solomon’s opened it’s doors last year and is the brainchild of rapper Drapht. The philosophy behind it – a restaurant that caters to the more common allergies, diets and eating preferences like vegan, paleo and the like. But more than that, it’s food that’s good for you – vegetable heavy and many dishes featuring ingredients like cashew cream or nut parmesan. I love my real cheeses so I have to admit I was a bit worried!

But my best friend Carly has been raving about Solomon’s – mainly because she suffers from fructose/sucrose malabsorbtion, gluten intolerance and lactose intolerance. For a girl who loves her food, she really does have a hard time which always means we need to be careful when we dine out. That’s why she likes this little Beaufort St gem, it’s food that she has no trouble eating, which makes me happy knowing we can have a night out and not worry! 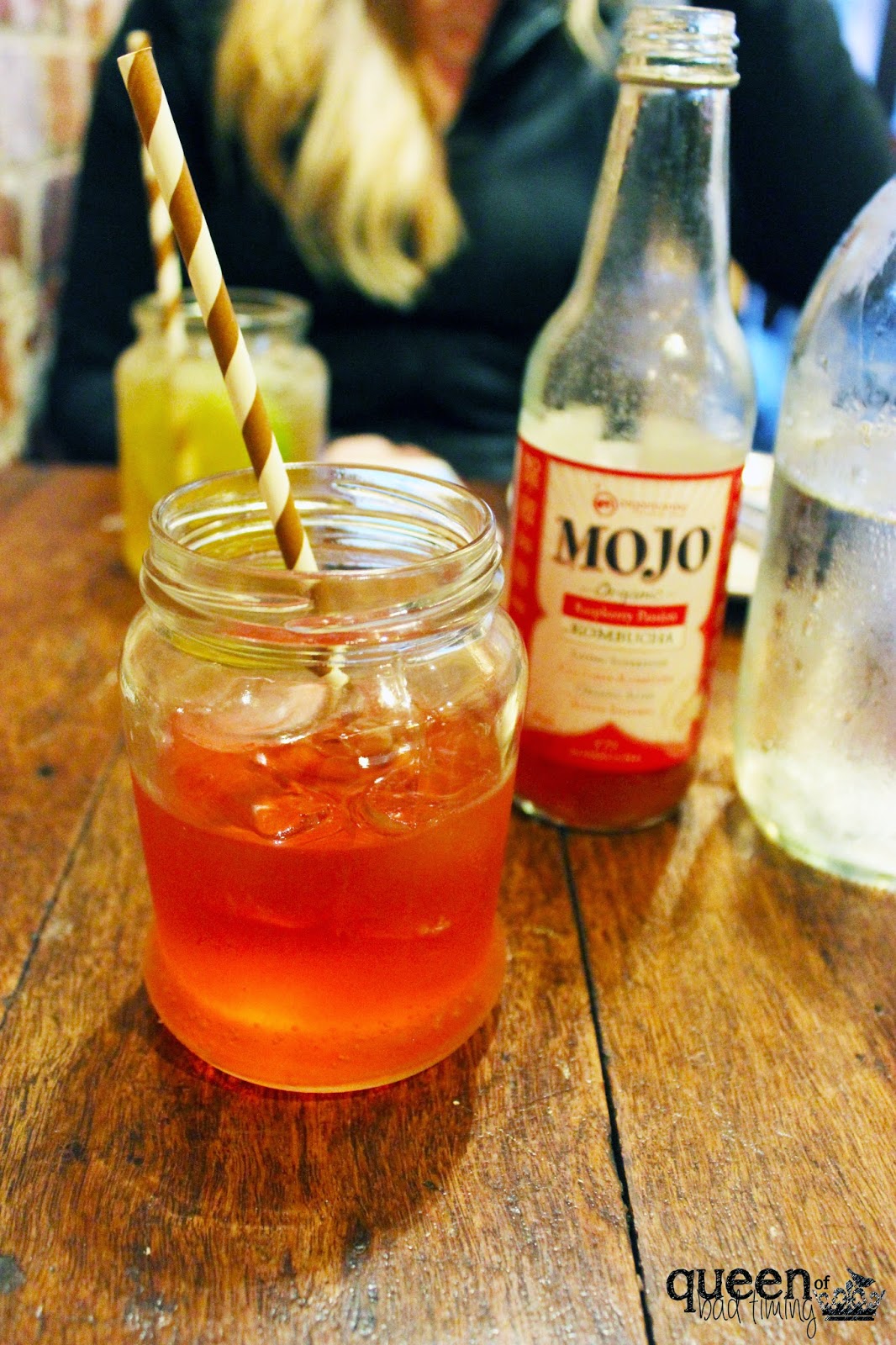 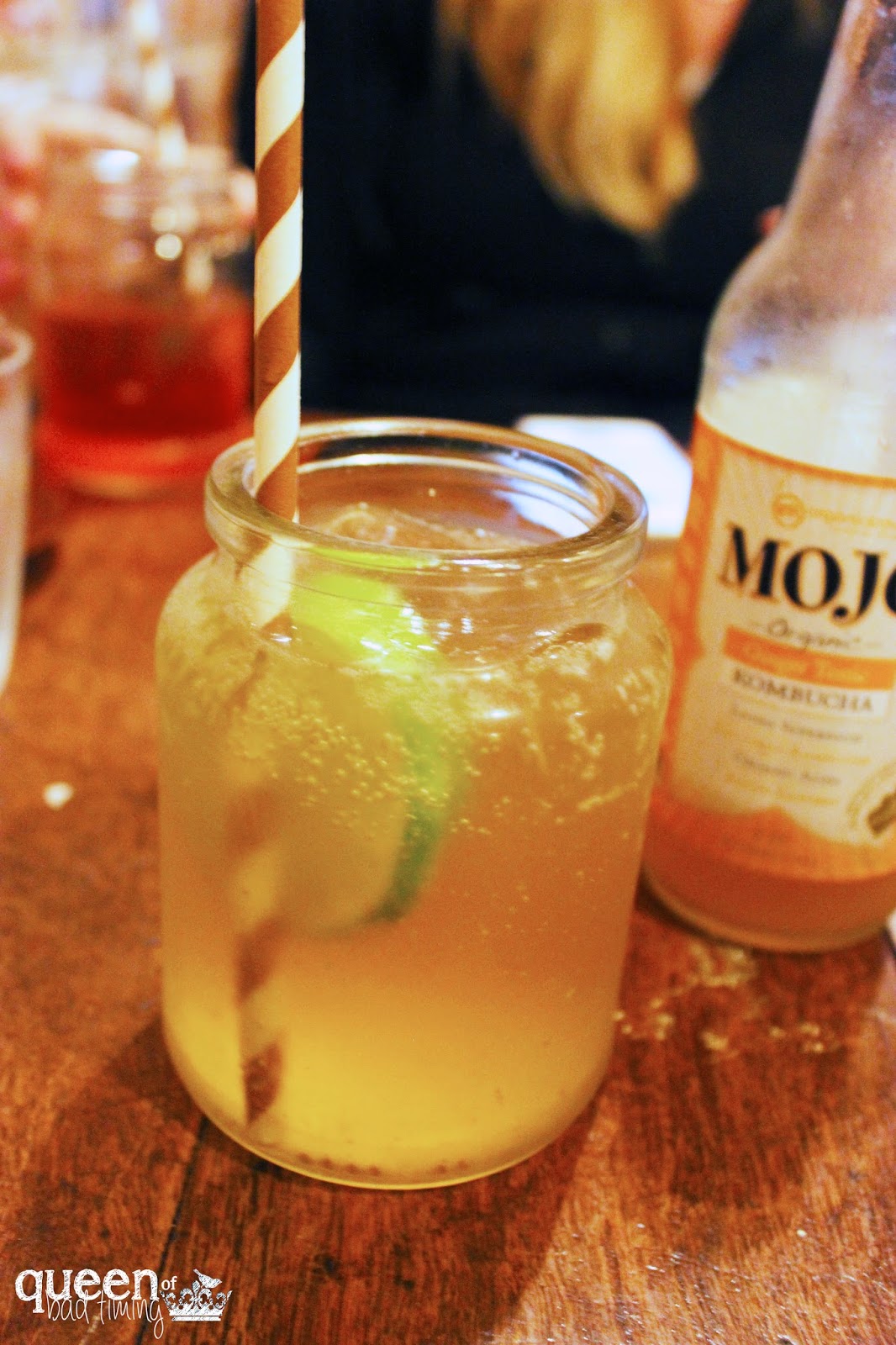 We arrive for an early dinner on Saturday knowing we need to rush so we can catch a movie afterwards. After a quick peruse of the menu we place our orders and before long our drinks come out to the table.

I’ve ordered a raspberry kombucha ($5) and Carly has picked a ginger kombucha. Kombucha is a probiotic drink which I’ve had as tea at Co-Op before. It’s extremely tart and bitter which sadly isn’t something I can get used to. I so badly want to like it! But Carly really enjoys it so she’s happy to take over my pretty little raspberry drink for me. 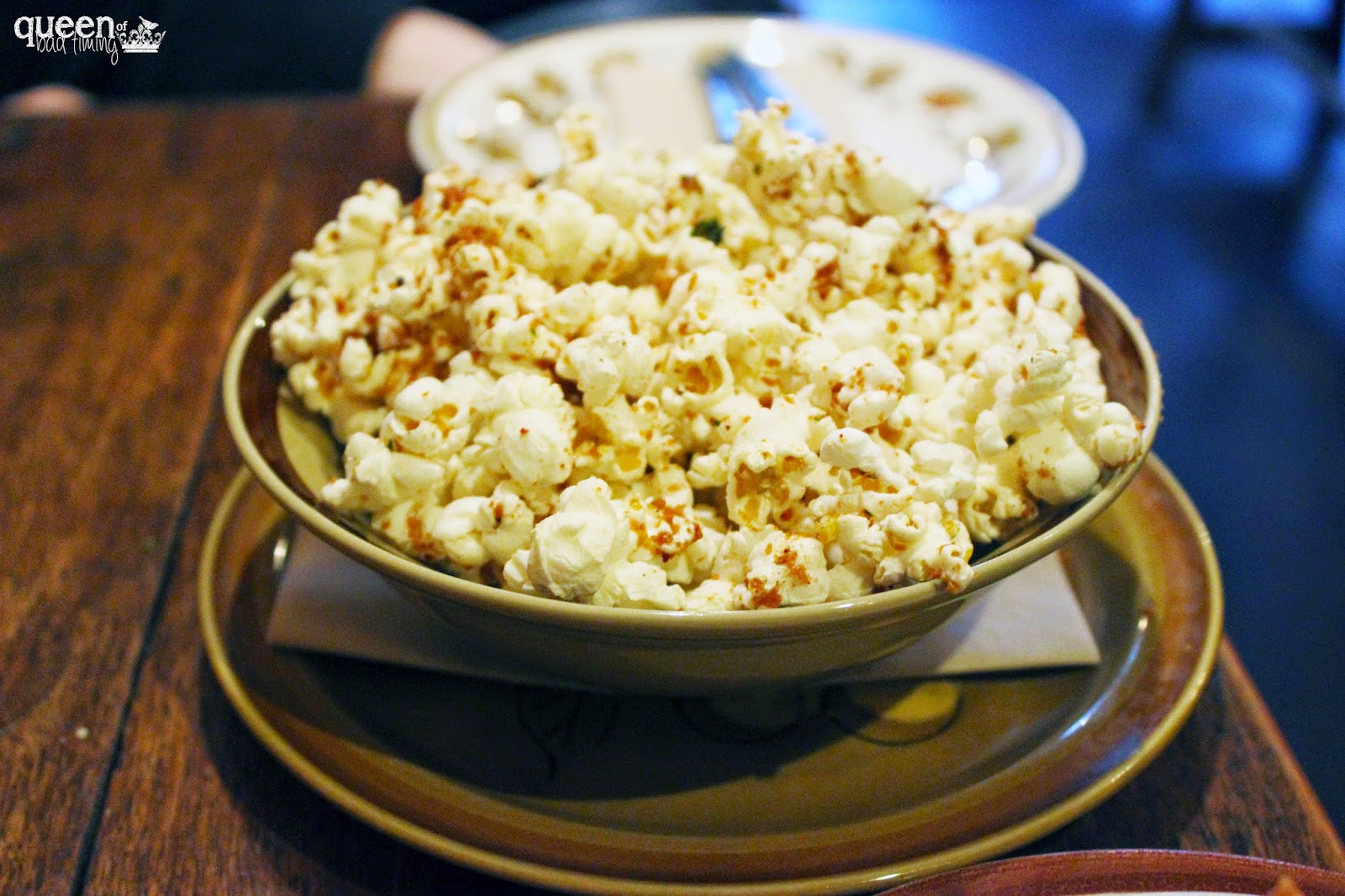 We each pick a small dish/side to pick at and a main. First of the food to come out is Carly’s spiced popcorn ($5) which is satisfyingly crisp and light. They’re quite mild in flavour but moorish at the same time – suited to me because I do love popcorn as a snack.

At $5 a pop, this isn’t the cheapest snack given the size and given the fact that Wembley Three Five Three give you free popcorn on arrival. However that said it doesn’t bother me too much because I did definitely enjoy the taste. 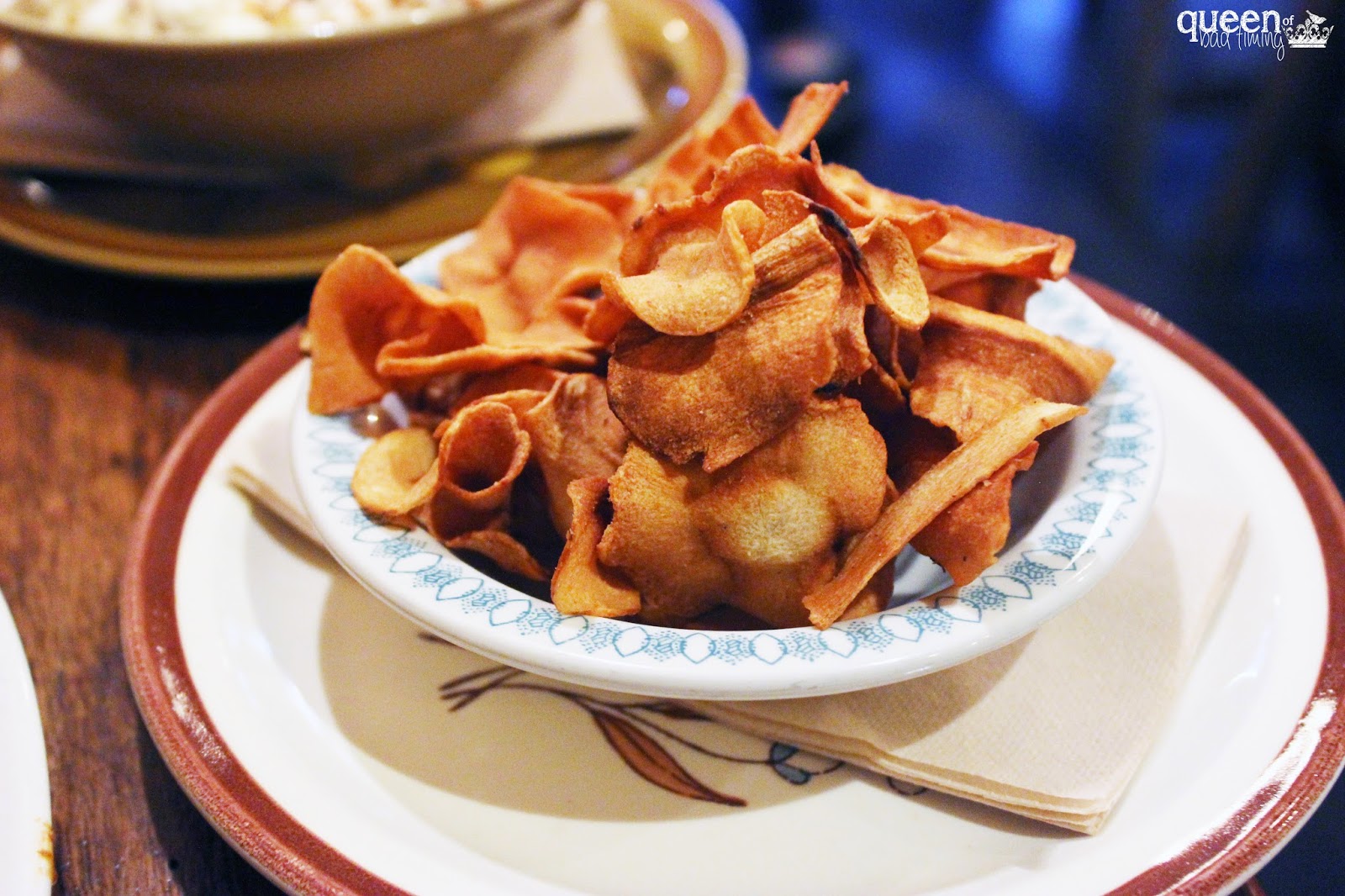 My choice of the parsnip chips ($6) are my favourite item of the night. They are so perfectly crunchy and well seasoned. Parsnip is definitely an under rated and under utilised vegetable in my eyes so I dive in, enjoying every bite. 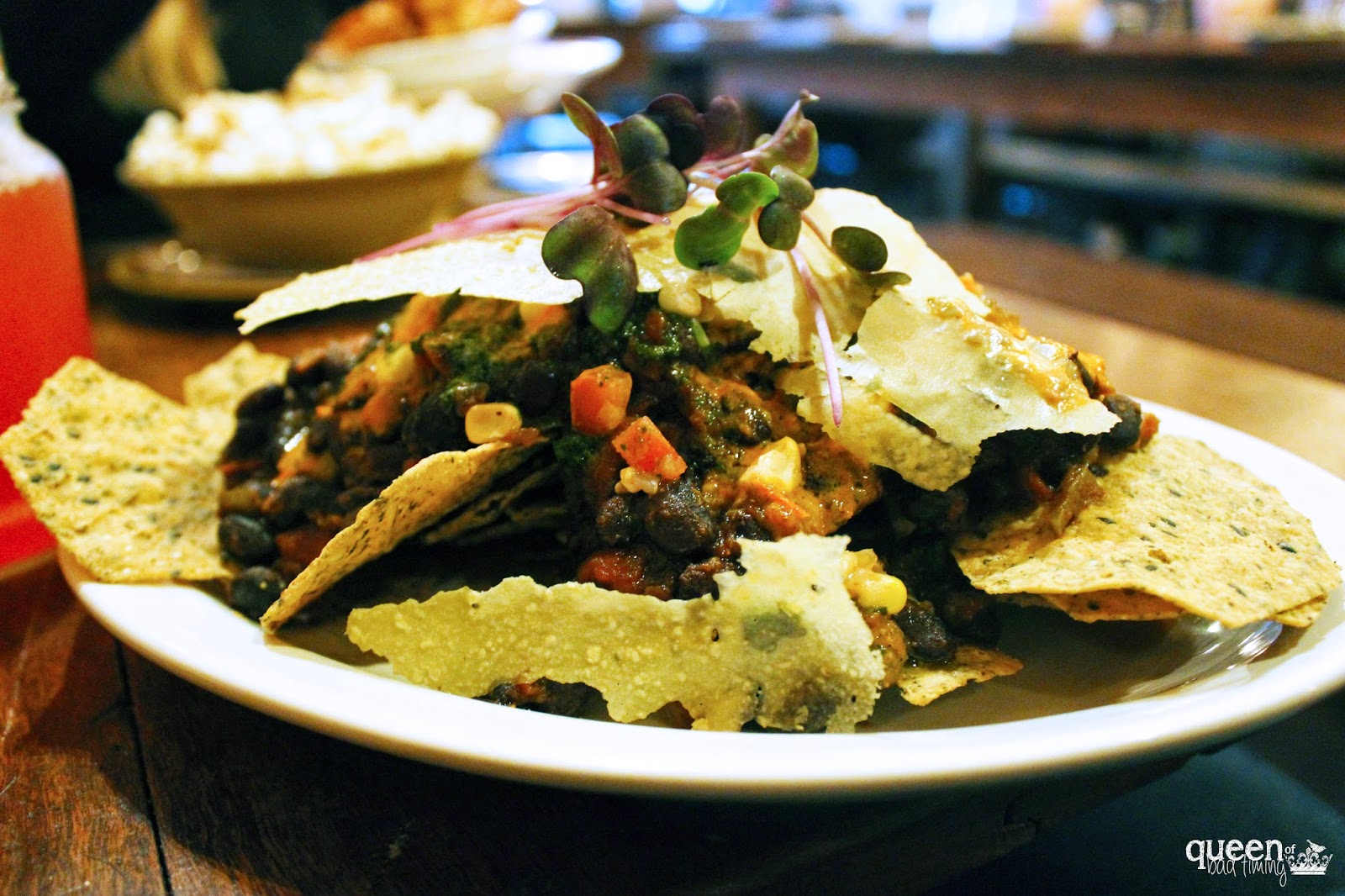 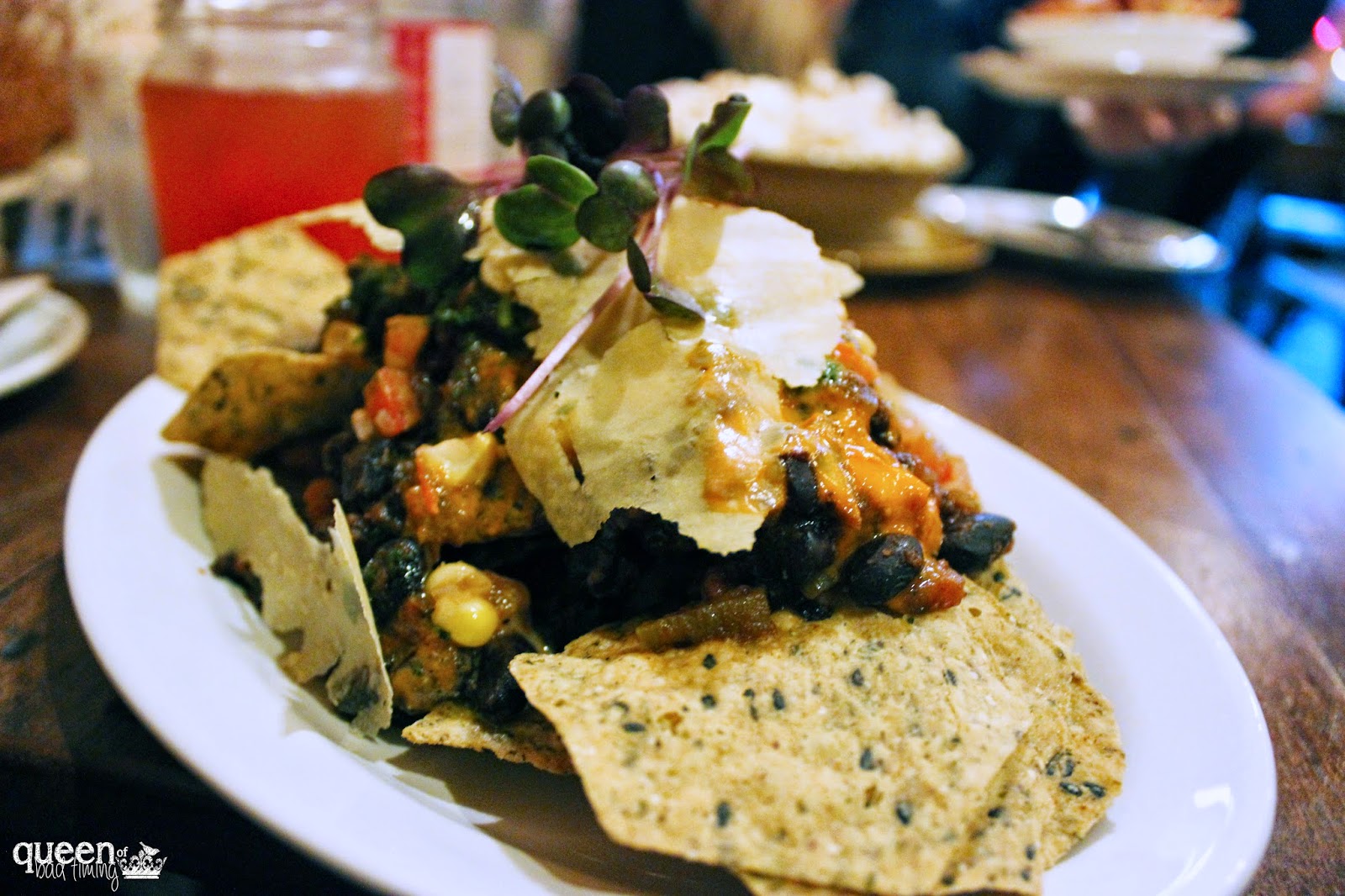 For my main I pick the vegan nachos ($20) which are comprised of sprouted chips, tomato, black bean, nut parmesan and a corn salsa (in place of guacamole which they didn’t have available on that day to my great disappointment).

The dish is actually quite nice even though it’s not really nachos – how can you have nachos without melted cheese! But as a dish I really enjoy it, particularly the flavoursome chips which have an amazing texture and taste, and the soft, salty black beans. As far as healthy dishes go, this one definitely packs a punch and I find myself gobbling up every bite with gusto. 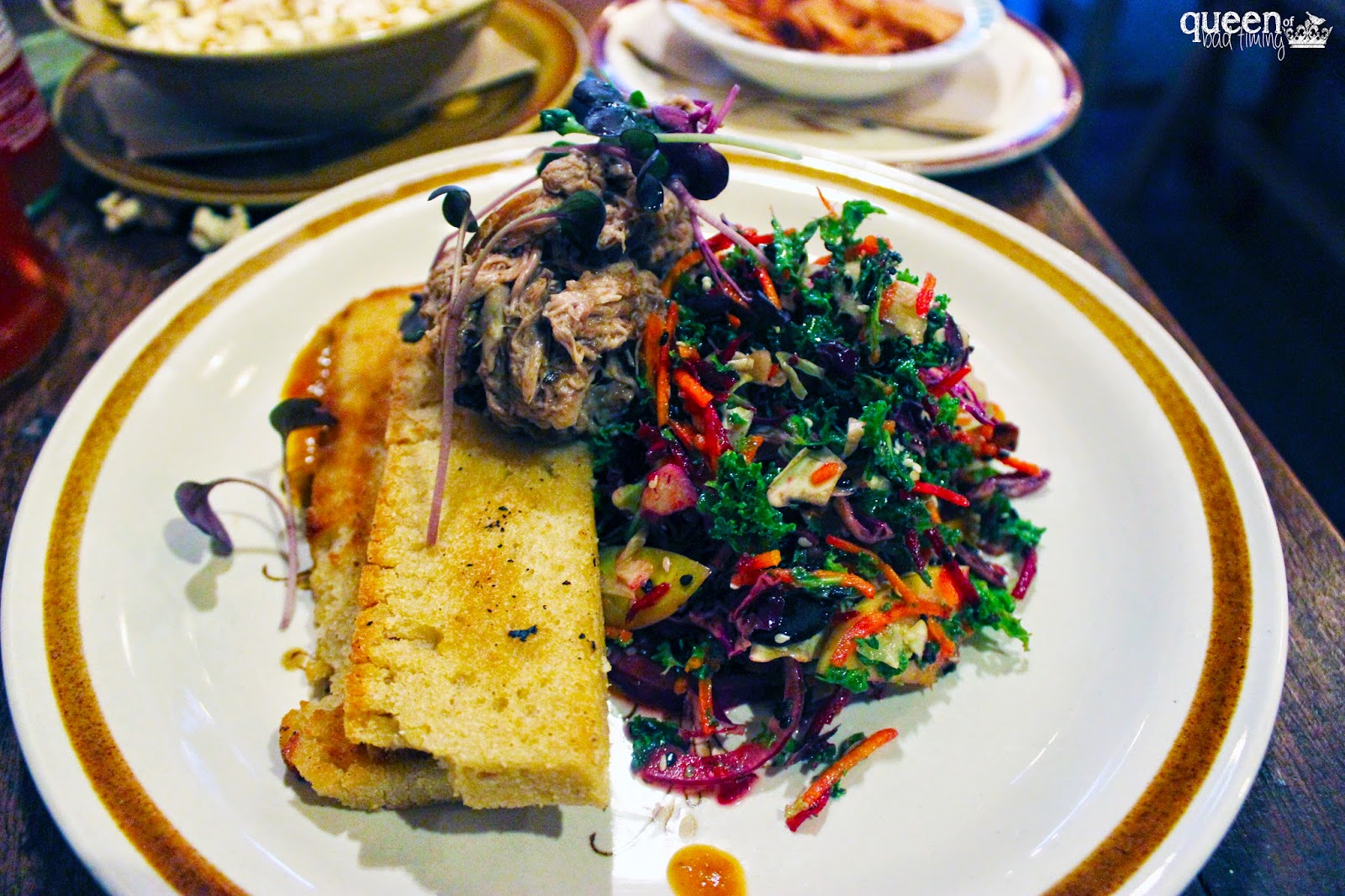 Carly orders what she tells me she gets every time she’s here – the lamb slider ($28). A mound of succulent, tender pulled lamb sits atop a coleslaw type salad that’s made up of kale, carrot, red onion (she has to pick this out) and red cabbage. The cornbread on the side is dense but not gluggy, working well as a base for the ingredients on the plate. I can see why she likes this dish so much.

All up I enjoyed my first experience at Solomon’s Cafe. While I do find the prices a little steep, I can also understand why they are given the fact that they’re making their own lactose free cheese and sourcing ingredients that suit varying dietary requirements. I’m definitely interested in returning and trying some of their other dishes on offer including the zucchini pasta and beetroot gnocchi.

I don’t think I’ve ever eaten a meal and left feeling so healthy!

Hail to the Little Caesars

Taking on and taking away Comida do Sul