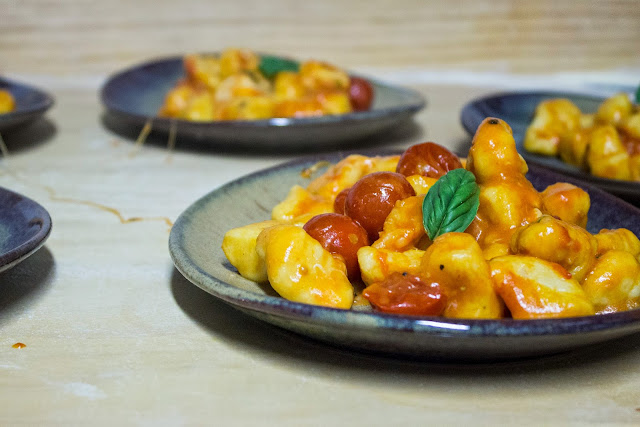 Many many moons ago, my first serious adult relationship was with an Italian guy who was a really great cook. In some ways it was wonderful, having someone in my life who could cook so well – but in others, I began to realise more and more so that it was ridiculous that I actually had no idea how to cook. Fast forward all these years later and I’m now so settled down with Jeremy we’re practically an old married couple, and I’m also semi-decent in the kitchen.
It’s been a journey for sure, and I think it’s only been the last five years or so that I’ve really started paying such keen attention to recipes, asking people to share their tips and practising non-stop so I can say comfortably that most people enjoy what I cook. 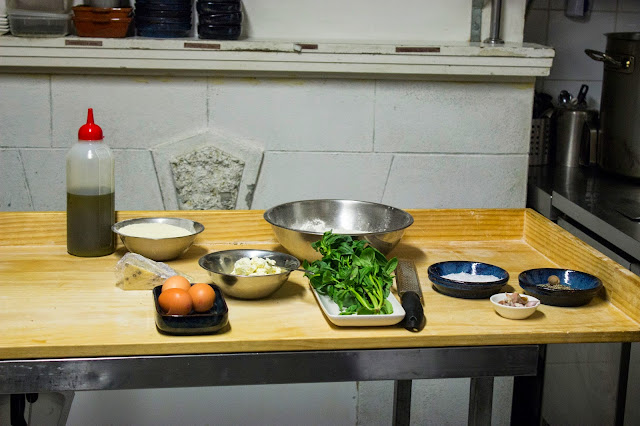 I think when you’re a food blogger, knowing your way around a kitchen brings a whole new light to an obsession with food. It’s one thing to know what you do and don’t enjoy eating, but understanding the process, the relationship chefs have with growers and the respect for produce – it changes everything.
I love food and I now love cooking… but I can safely say I don’t believe I could even survive one day in a commercial kitchen. What chefs do is hard work, long hours and the food they put up can easily be torn down by keyboard warriors and the like. I’ll stick to what I’m good at eating, taking photos and writing about it. Well I know I’m good at least one of those! 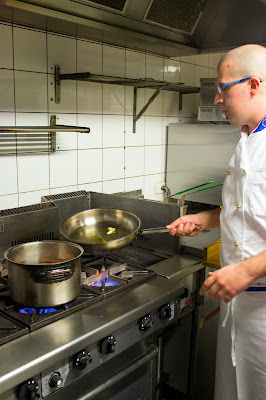 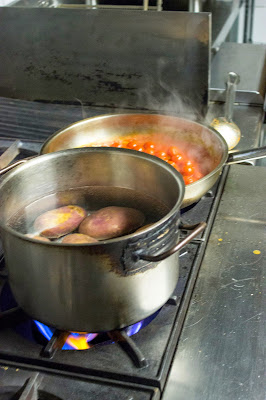 Recently I was contacted by Francesco, the Head Chef at L’Enoteca in Victoria Park and the man behind The Bald Chef blog. He’s recently started branching out beyond the restaurant and looking at catering, plus cooking classes. I was lucky enough to attend his first, learning the art of gnocchi.

I headed down on a Monday night when the restaurant was closed, joining another five attendees as we piled into the L’Enoteca kitchen and went through step by step all about this delicious Italian staple. I was pleased to learn early on we’d be taught a potato and ricotta hybrid recipe, as ricotta gnocchi in particular is my weakness. 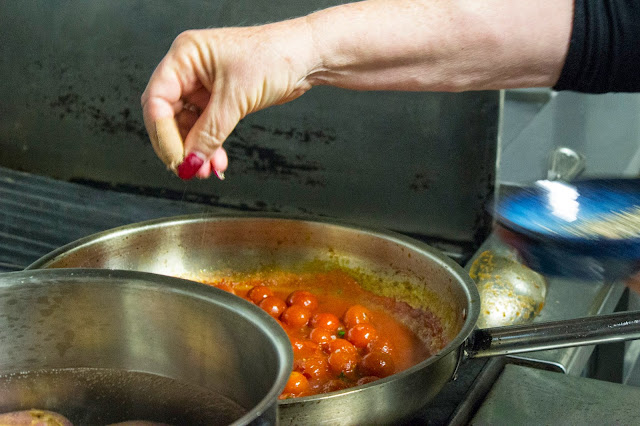 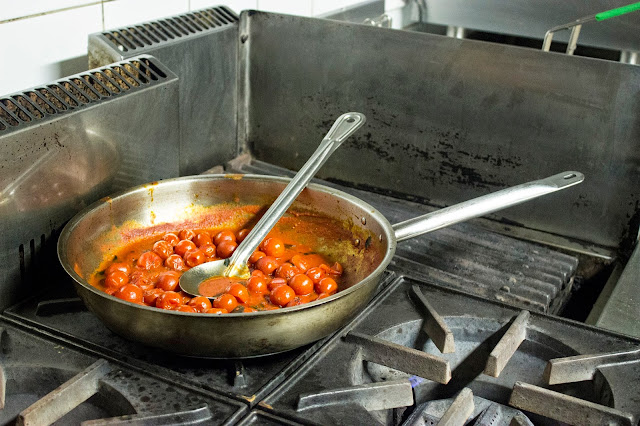 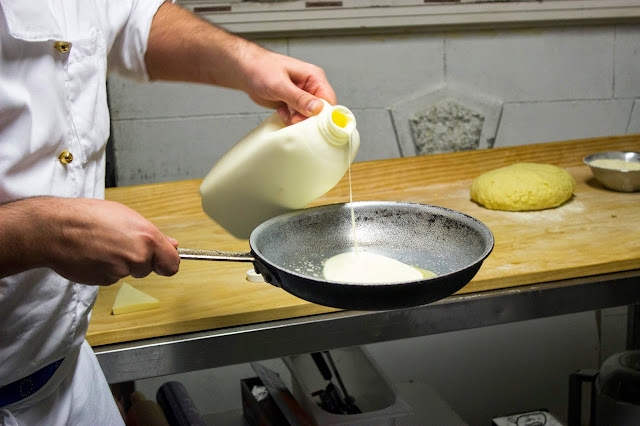 Unlike most cooking classes we didn’t have individual stations but I quite liked the relaxed, intimate vibe. We all were given recipes to take home, and each step was explained carefully with different members of the group stepping up to have a go.

The moment the garlic hit the pan and began to sizzle, I became a starved creature, desperate for gnocchi goodness. But with a little patience, and attentive listening skills of course, the time finally came to eat. 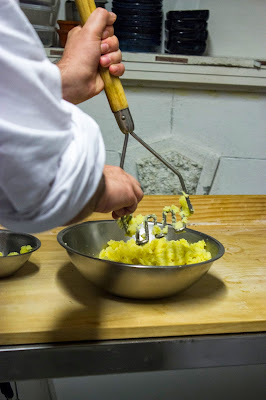 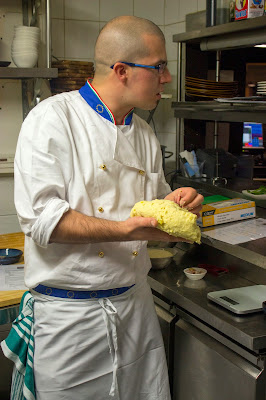 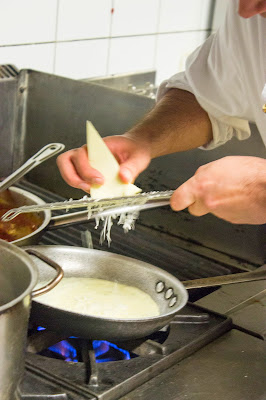 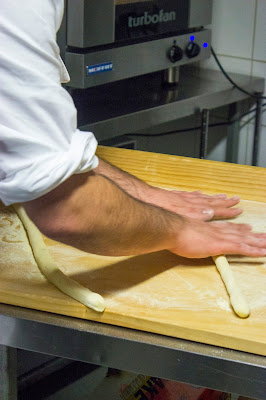 Rolling the gnocchi out I managed to pick up some great tips which I’ll be able to use at home. One particular nugget of gold was having a wooden surface to use as it managed to maintain a stable temperature that wasn’t too hot or cold compared to stainless steel. 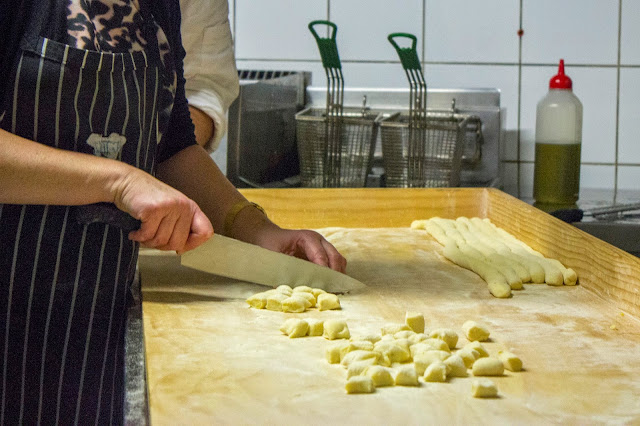 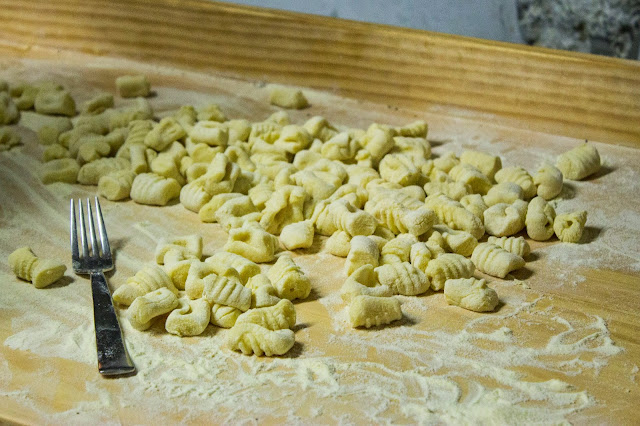 We also learned how to make a couple of sauces to accompany the gnocchi – resulting in three different dishes. One was a cream and asiago sauce, the other a cherry tomato simple sauce. The latter was used to coat the gnocchi and bake it with torn chunks of buffalo mozzarella… yes, I was drooling at the sound of all of these three variations. 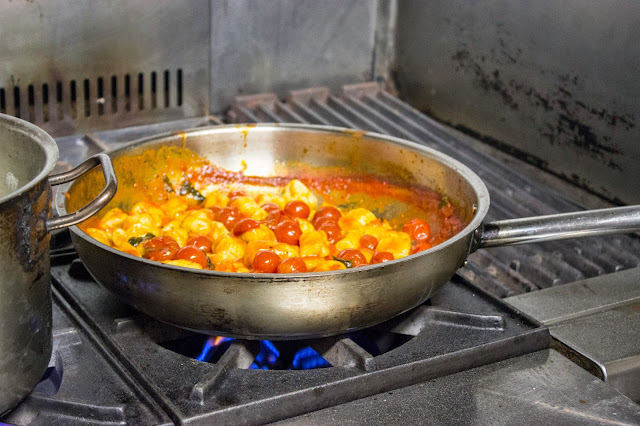 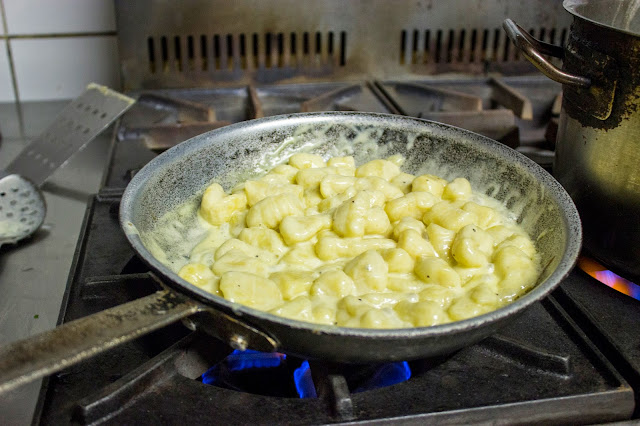 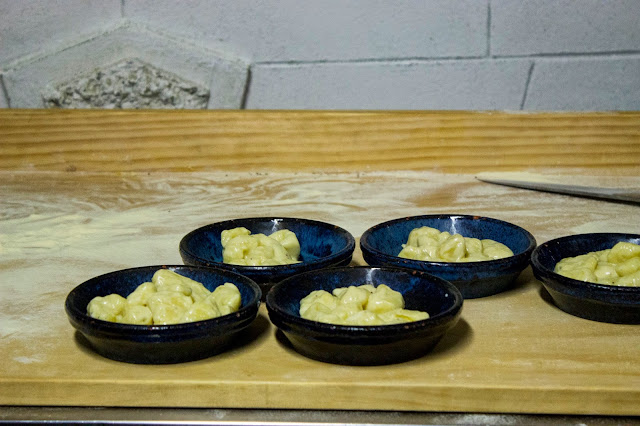 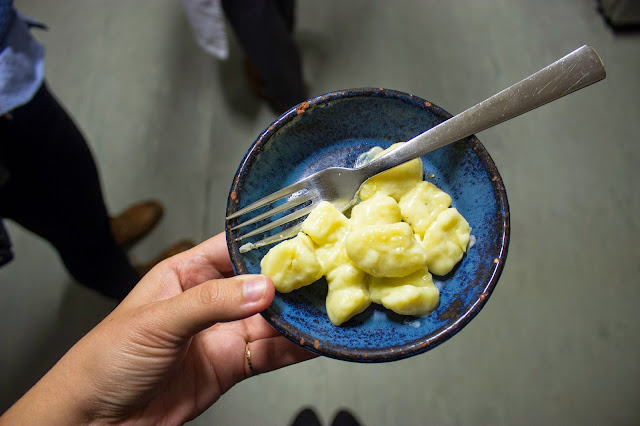 First to taste was the asiago cream sauce gnocchi. It was light, fluffy and ticked all the boxes from a gnocchi perspective but the sauce itself also was decadent and rich – perfect comfort food for us to devour as the wind howled outside the restaurant.

A little crack of pepper over the top and it was a dish I’ll happily consume. Simple, ethereal and flavoursome. This recipe has been filed away to try again in the future at home. 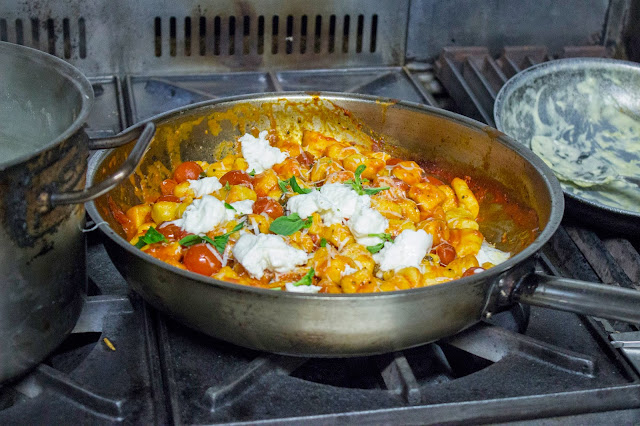 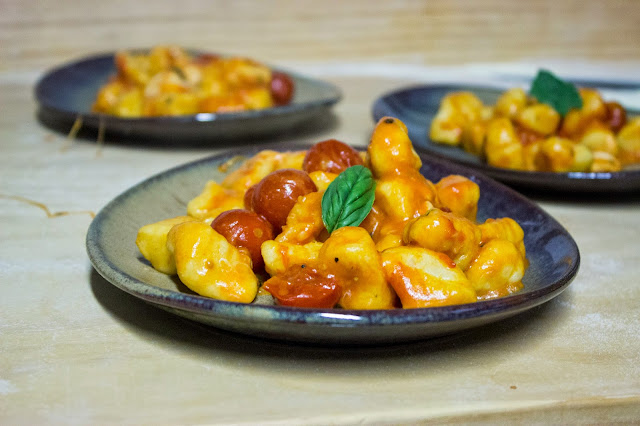 The gnocchi with the tomato sauce, fresh mozzarella and basil was hearty and vibrant. The cherry tomatoes are sweet but acidic, working well to contrast against the brightness of the basil and the creaminess of the cheese. I think this was my favourite of the three – it didn’t feel too heavy or rich, just a lovely plate of pasta that got better with each bite. 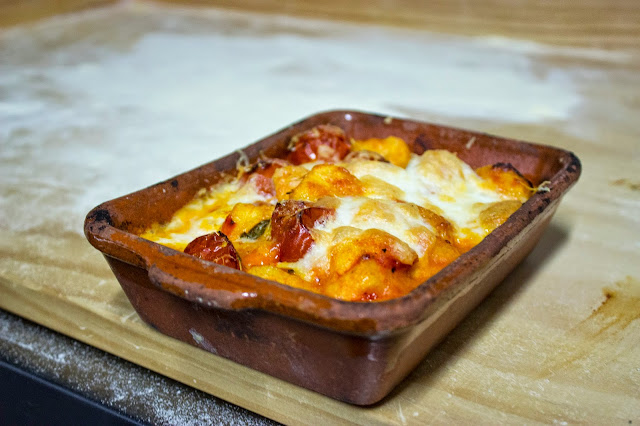 We finished up with the baked gnocchi that was steaming hot as it came out of the oven. It’s golden and cheesy, with little bobbly bits of different texture begging to be eaten. I’ve had baked gnocchi before at restaurants and seen it in cooking books, but I’ve actually never tried making it at home.

It was nice to see that the recipe for the gnocchi itself wasn’t any different meaning there’s versatility in the pasta staple that we learned. And the flavour – well once again it was humble and oh so comforting. I feel like this winter is going to be the season for gnocchi at our house!

What a fun evening with lots of laughs and a great meal (with a glass of wine to finish off)! I can’t wait to put my new skills to the test for my boy who also loves gnocchi (though not as much as I do!).  If this kind of cooking class sounds right up your alley make sure you get in touch with Francesco at The Bald Chef.

Embracing a curveball at The Painted Bird

On the Deck of Ku De Ta