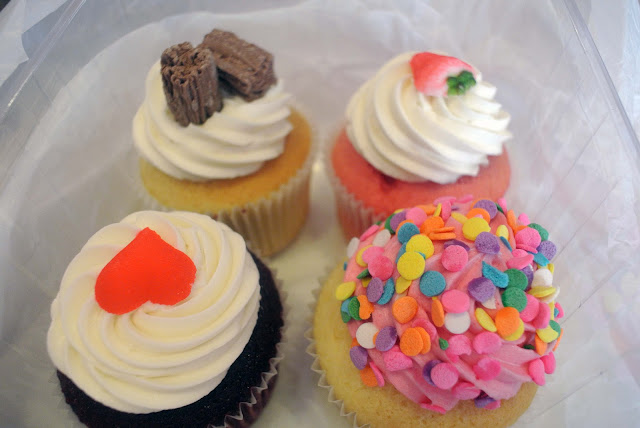 We made it back! Yes this is an add on to my last DNK Cupcakes post because I wanted to get a good snap of how amazingly adorable their cupcakes are. We’ve ordered a 4 pack of the normal size cupcakes which is $10. There’s the flake, red velvet, strawberry and vanilla with raspberry icing.
The biggest worry for me was that the normal size cupcakes wouldn’t be as moist as the mini cupcakes we ate on Jeremy and my first visit here. But I needn’t have worried, they were amazing! And so I’m happy to post here again, raving about how quality this place is. I’m a big fan 🙂
Question: what’s better than cupcakes?
Answer: mini-cupcakes! Miniature, moist and deliciously fluffy cupcakes that are decorated enticingly in a beautiful manner. 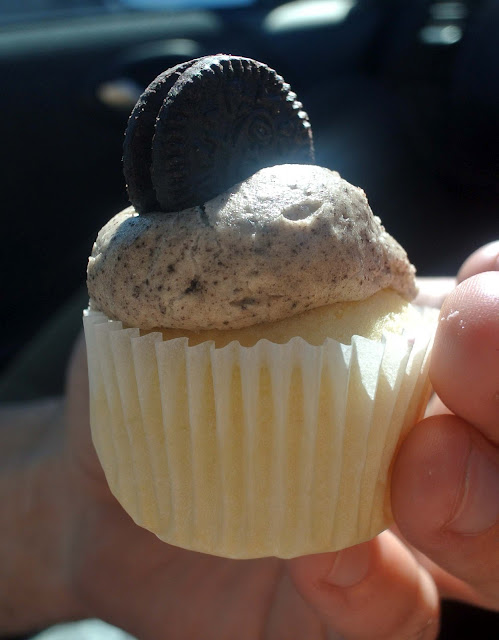 That’s what faces you when you stroll through the food portion of Fremantle Markets on Henderson Street. Rows and rows of mini cupcakes on one side of DNK Cupcake’s stall, and normal sized on the other.
Jeremy and I try to resist temptation by walking away, stopping at a nearby fruit stand to sample some mango and purchase some strawberries. But soon enough, we find ourselves back at the stand buying a sweet little four pack for only $6. 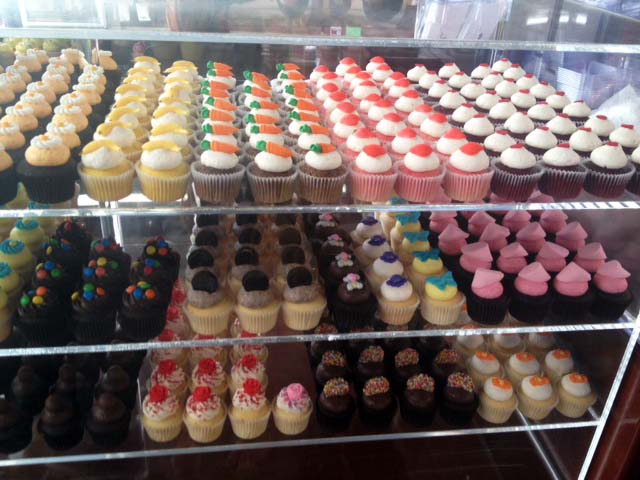 We pick two flavours each. For me, there’s the chocolate cupcake with pink icing and a pretty pink marshmallow on top. The cupcake itself is so, so moist and the icing is decadent but light. Normally I like to take my time eating, but I’m gobbling this down with excitement. The other flavour I choose is the banana which is my favourite of the two. It smells amazing and the taste is like those banana lollies that you get in the $2 deli bags.

Unfortunately we’re so excited by the sugar rush that we don’t take any photos except one of Jeremy’s. It’s the cookies and cream flavoured cupcake – vanilla base, cookies & cream icing and a cute mini Oreo on top. It’s his favourite, only just topping the carrot cake mini-cupcake that he chooses as the final in our box set.

I tend to find it quite hard to track down quality cupcakes these days. At one stage they were everywhere, but now it’s all about the macaron. So I’m pretty pleased to know that there is still a place I can go when I’m craving just this. 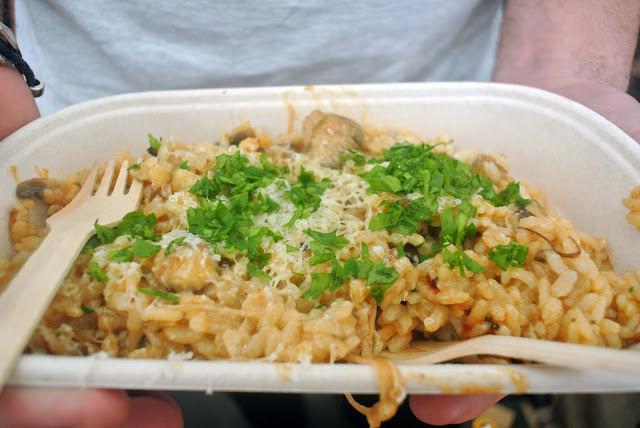 Right at the start of the food section of Fremantle Markets is the most incredible smell. It’s a combination of spices and flavours and just general food items that wafts around to curl you enticingly.

While Jeremy and I have spent the day eating, we can’t help but get drawn in by just how good it smells. And the obvious line at Ole Paella, indicates that this seems to be the culprit behind the aroma. There’s more people than I can count waiting in front of this stall, all walking away with steaming piles of paella and big grins. Unfortunately we miss out on this serving so we take a seat to watch them finish off the next batch that is currently cooking – wild mushroom paella. It doesn’t sound as exciting as the chorizo, squid and sweet corn one, but we’re still very keen to try it.

The way they cook the paella at this stall, it’s clear to see how they are a corporate function or event catering company. The pans are huge and the grills even bigger. It’s paella on a large scale and the scents are almost overwhelming.

When we get our serving, I’m pleasantly surprised by how big it is for only $10. The taste isn’t quite like your traditional paella since it’s missing the overly saffron taste and the lovely crust that forms on the bottom of the pan. This is more like a risotto mixed with paella – somewhere between the two. But the taste is warming; the rice plump and creamy. The selection of mushrooms used is varied and I like the contrasting woody tastes and textures. 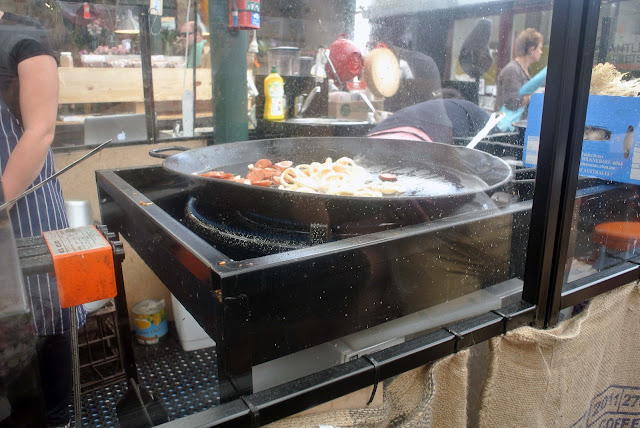 It looks like hot work for the ladies attending the stand, but with three different paellas all on the go at different cooking stages, I can see why. It’s really interesting sitting next to the pans and watching them in action. You can understand why there’s so many people hanging around, all waiting for the next lot to be served. 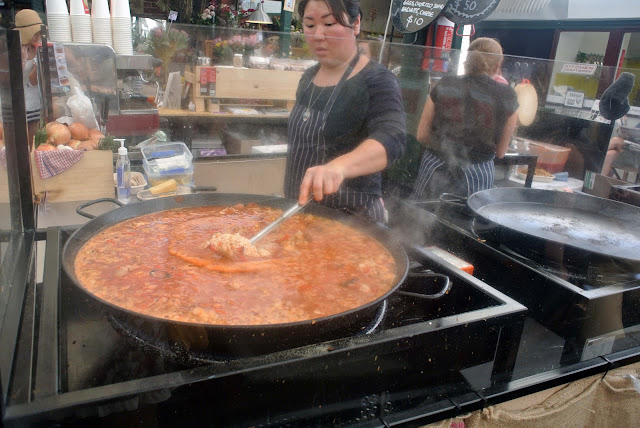 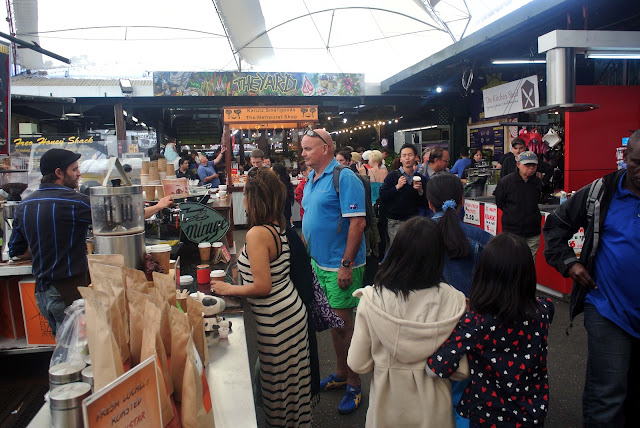 Without a Shadow Wine Bar of a doubt

A return to Restaurant Amuse