Nao is the time for ramen 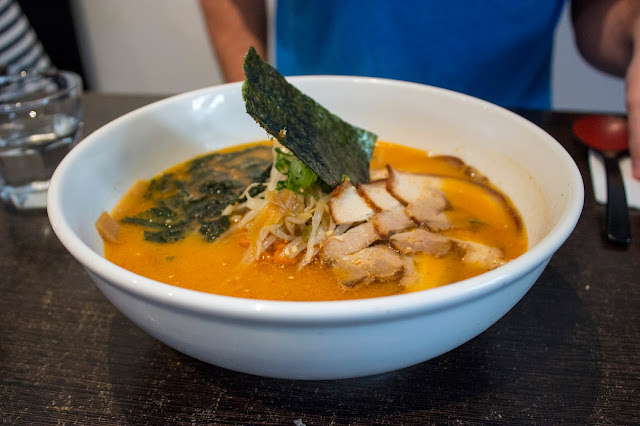 Give me ramen now. Or Nao rather. That is the overwhelming thought I had as we waited in line not long after 12pm on a Sunday recently at the ever popular ramen specialist cafe Nao. Forget the shiver inducing wind howling around us, the slightly icy drops of rain spraying our way. Forget everything and focus on the heady scents that escape the kitchen of this tiny little Japanese venue that has a cult following in Perth.

Knowing we had some properties lined up to look at later in the day (house hunting is turning into such a painful process!), Jeremy suggested we go out for lunch and to look at things in the shops we shouldn’t buy. I love a good window shopping day, especially for homewares so we wandered around a little before heading over to Nao to get our feed on. As a relatively inexperienced person when it comes to ramen, I was excited to be visiting what I’ve heard from my friends over at the Ministry of Gluttony is the best offering in our lovely city. 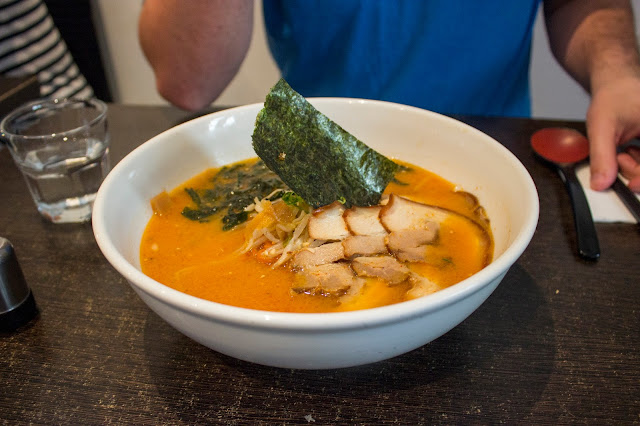 The wait for a table was under ten minutes despite the hoards of people milling around. They keep things moving here and because it was just the two of us we were inside in no time breathing in the lovely stock scent.
Choosing what to order is quite easy – there’s four different bases of ramen broth for which you can choose your noodle type (plain, spinach or chilli), and from there you can pimp it up with extra ingredients as you see fit.
After a little deliberation Jeremy opts for the spicy ramen ($11.00) with chilli noodles (+$0.50) and chashu (+$3.00) in a large size (+$2.00) which means one and half time the noodles. The layered miso broth has wonderful flavour and a good chilli kick. The use of the bean sprouts, spring onion, bamboo shoots, wakame and nori adds to that deep intricate taste.
I thought the noodles were cooked well, with the ramen retaining their texture and slight spring throughout our entire lunch. The chashu is a star in the bowl – thin, melt in your mouth strips of roast pork that are ridiculously moorish. Lucky for him he’d ordered more so he had four slices on top of the standard single. 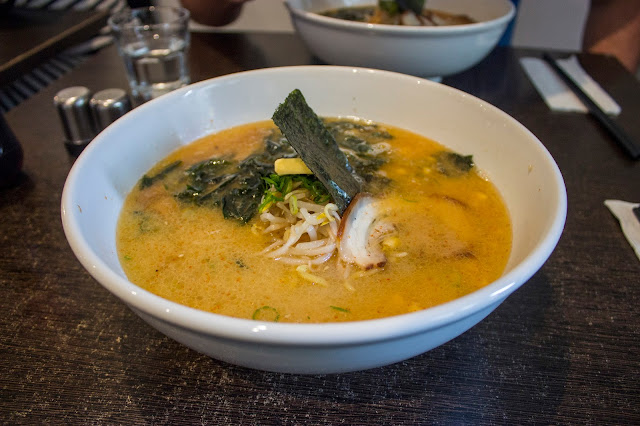 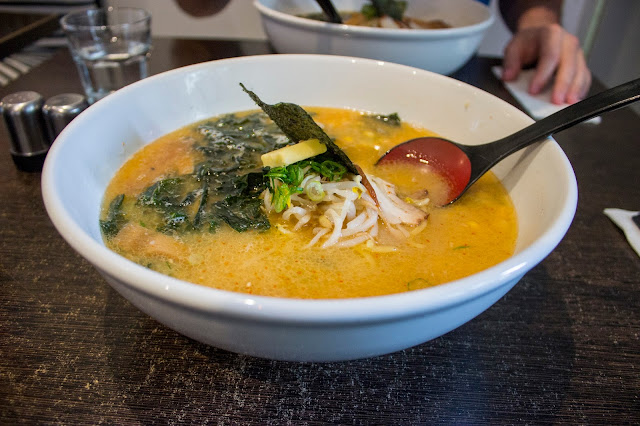 My choice for lunch was the miso ramen ($10.00) with plain noodles, plus butter and corn add ons (+$2.00). Like Jeremy’s it came with bean sprouts, bamboo, spring onion, wakame, nori and a slice of chashu piled high atop of my noodles. And oh yes, of course there was my heap of sweet corn kernels plus a knob of butter which I pushed into my broth and let it melt to increase the richness of the flavours.

One ladle of that broth and I immediately fell in love. This is some seriously good flavour profile going on here. Porky, rich and so good I actually forget the toppings and noodles and spoon mouthful after mouthful of the soup. I’m really glad I added the corn, the sweetness was just the right thing to cut through the savoury elements plus it gave off little pops of crunch.

The serving size of my standard issue dish was huge! I actually struggled to finish it, so I was pretty amazed when my boy polished off his large version. But once I got my second wind I powered through and even though I was groaning after, it was worth it. So tasty and definitely lived up to the hype. My only very small criticism – I wanted to add an egg on but it actually wasn’t an option. So devastating I didn’t get my egg fix this weekend! 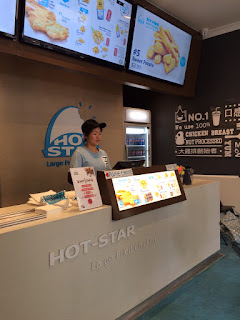 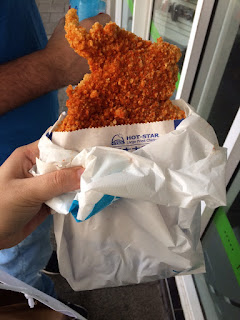 After walking around the city for another hour or so we were ready to head off and still quite full from lunch. But we don’t get into town as much as we’d like so we decided to throw caution to the wind and grab some face sized fried chicken from the newly opened Hot Star on Barrack Street. Jeremy and I have eaten this crunch-fest before on our last holiday to Sydney, and we were excited to learn that a franchise was opening here.

The spicy chicken ($8.90) is huge – a giant pounded breast on the bone fried to a crisp perfection. Each bite is juicy and crunchy. We chose ‘spicy’ for our chilli level which is the second from the top – we were going to go extra spicy but when we were in Taiwan the fried chicken Jeremy ordered was so damn chilli packed it burned his lips… and this is someone with a very high chilli tolerance! In this instance I think we could have gone the extra spicy route but we were still pleased with what we got.

Hot Star chicken is satisfying in the most simple and carnal of ways. Fried. Chicken. That is all. Get on it, you won’t be disappointed.

This Little Pig Went to Market

A measured tbsp. of love in every bite