Parties and pinatas at Panchos 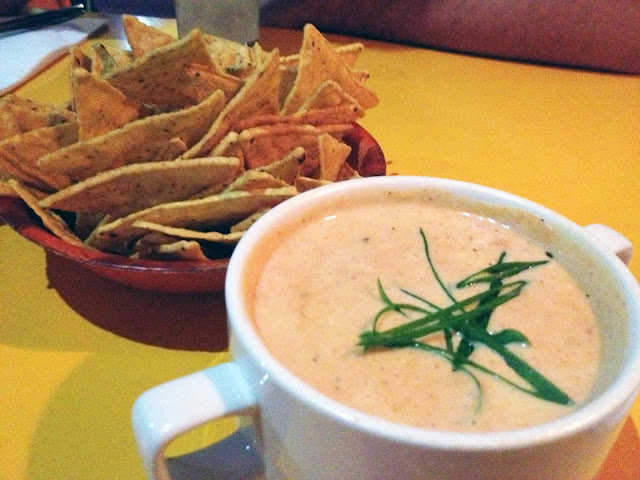 As much as I love a great meal, quality produce and innovative dishes, sometimes a girl can just feel like some good old cheesy fun. Coming off a turbulent flight home from Melbourne with Jeremy waiting for me at the airport, I was starving. My stomach is much too precarious to be able to eat properly on an airplane, so I was pretty eager to make my way to something fast, enjoyable and comforting as quick as possible.

Jeremy drove us to Victoria Park which was close enough to the airport, heading towards The Prophet for which we’ve both wanted to try for awhile now. Unfortunately as always, it was completely packed out so I quickly suggested Pancho’s. If you haven’t been, think obnoxious, loud and in-your-face. It’s a party atmosphere with the kind of Mexican fare that I tend to think of as commercialised (not that there’s anything wrong with that).

The ingredients for most dishes tend to be the same. Tomato, cheese, guacamole and sour cream. Yes this is really generic but it works and sometimes it can really hit the spot.

We start off sharing a serving of the Chilli Con Queso dip ($13), which is a cheesy dip with chillies inside. I can’t taste the chilli at all, but the cheese tastes delicious and works well with the accompanying tortilla chips. It’s completely fatty and oh so bad for you, but it’s a bit of a guilty pleasure that I just can’t get past. It’s not fine dining but it’s exactly what I was craving. 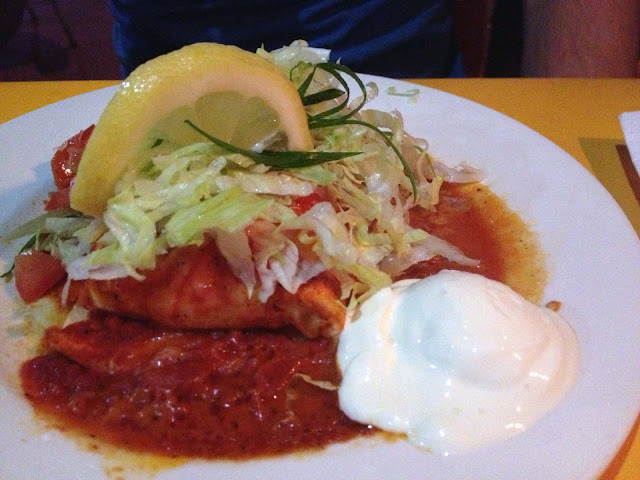 For his main, Jeremy chooses the Burrito Del Mar ($28). It’s a rolled flour tortilla filled with garlic prawns, smothered in Pancho’s sauce and topped with cheese. It’s baked then served with lettuce, tomato and sour cream.

Since I’ve eaten here a few times, I would have thought it was difficult to impress me beyond what I’d already experienced. But this dish is actually quite good! The prawns are juicy and succulent; the flour tortilla a chewy and soft texture. It’s saucy and over the top but it definitely sates him. 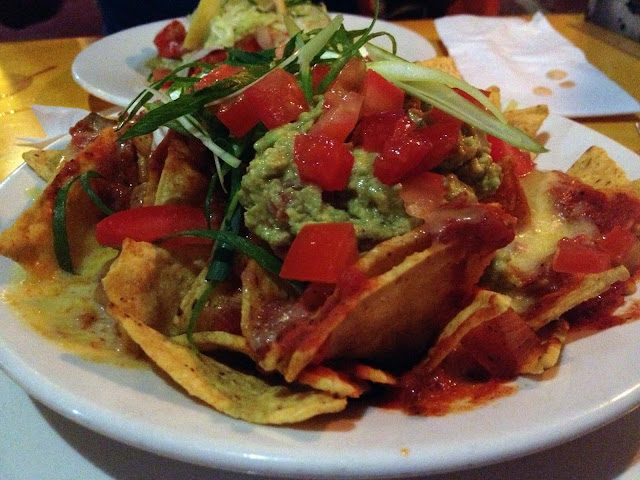 For my main I choose something a little more mainstream and easy to pick at since I’m both hungry but a little queasy from the flight. I go for the Villa Nachos ($19), which is a vegetarian serving of nachos with guacamole, sour cream and diced tomatoes in conjunction with the Panchos sauce and cheese.

It’s nothing earth shattering but it’s exactly what I felt like. Around the edges, the tortilla chips are crunchy and scoop up the delicious guacamole like little spoons delivering perfection. I like the shredded spring onion that comes sprinkled on top too.

However, the downfall of the nachos here is that as you continue eating, the chips get quite soggy and inedible. I like my nachos crunchy for texture, but Jeremy does like the ‘sloppy’ chips so he’s happy to jump in and eat with me when he finishes his burrito.

All up, I enjoyed our meal here. It hit the spot without trying to be anything but what it is. Cheesy, commercialised Mexican that is cheap and tasty. It was exactly what I had been craving on my plane ride home.

The soul of Seoul Buffet

Intimacy and sustainability at Co-Op Dining