Sippin on gin and juice at Enriques School for to Bullfighting 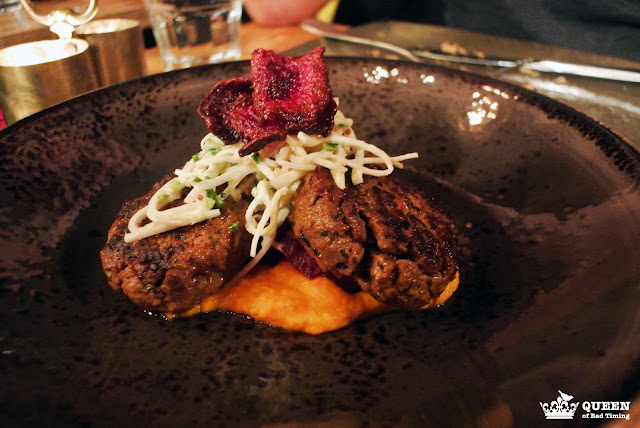 There’s certain restaurants in Perth that leave me with a warm fuzzy feeling – you know the kind that makes you indulge in memories of delicious flavours, and dishes that have knocked your socks off. If you read my blog regularly, you’ll probably know which ones I’m talking about… Cantina 663, Duende, Bonsai and Beaufort Street Merchant. All regularly deliver on flavour, flair and occupy a place in my heart.

So when the owners of Beaufort Street Merchant decided to occupy the space next door and erect a popup restaurant known as Enrique’s School for to Bullfighting, you can imagine I was excited to try it.

If you haven’t seen this new restaurant, simply take a drive along Beaufort Street one night to see dim lights, loud music and people everywhere. It’s already popular, and I think it’s a great point of difference having a temporary restaurant (it’s only around until February) to bring some excitement and buzz to the foodie scene here in Perth. 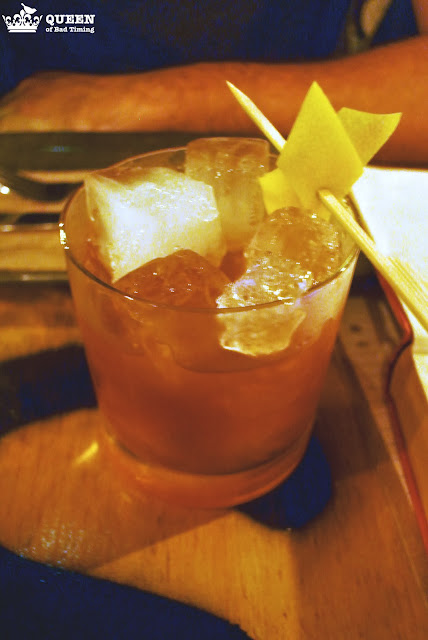 After a big week for Jeremy and I (Christmas celebrations, long lunches, boozy nights and a new car for my boy!) we decided to have a date night at someplace we hadn’t been before. Since it was a Friday we knew our chances were slim so after some discussion, tossing around suggestions like pinchos or asian, we decided to risk it and try Enriques.
We arrive at the bar around 7pm and it would seem luck is on our side – there’s a table available! Great news for us because as the aromas of the food being delivered to the tables around us, it hits us both that we are starving.
We’re shown to the table which is in a dim dark room at the back. Bloggers beware, the lighting here is (depending on the flicker of the candles) a little unfriendly to cameras. It was only at the end of the meal I finally figured out the best angle for photos – damn. I hate fussing around with photos while making Jeremy wait for food so forgive me for the not so great snaps my SLR has produced on this occasion. 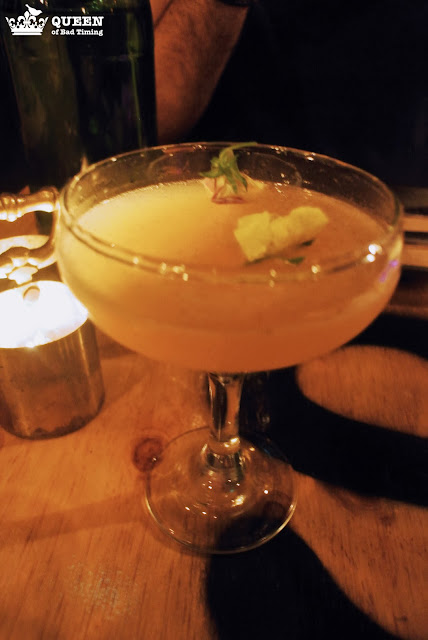 When we’re sitting down our drink orders come out quickly while we’re scoping out the interior. The fit out is fantastic – rustic, shabby but very chic. There’s large paella pans on the walls with low hanging dim bulbs for lighting. Saucepans hang from the roof like mobiles, and there’s a good mix of reclaimed wood used. It’s very suited to the Spanish theme, and I could easily see myself kicking back here for hours.

The drinks here are exciting. There’s a huge selection of gin, with the option to mix different tonics and garnishes. We both decide on a cocktail to start off with.

My boy chooses the Maple Chorizo Old Fashioned ($17). It’s a “boy” cocktail – or rather that’s how I classify it, as it’s very strong and not my personal cup of tea. However he really likes it, the smooth alcohol muddled with bitters and the citrus garnish. As the ice melts it starts thinning out and becoming more enjoyable.

I choose something a little more suited to me, the Pedro’s Pina ($17). It’s Enrique’s version of a pina colada, but is missing the creaminess, instead focussing on that fantastic pineapple sweetness. It’s garnished with edible flowers and looks just so pretty I almost don’t want to drink it! 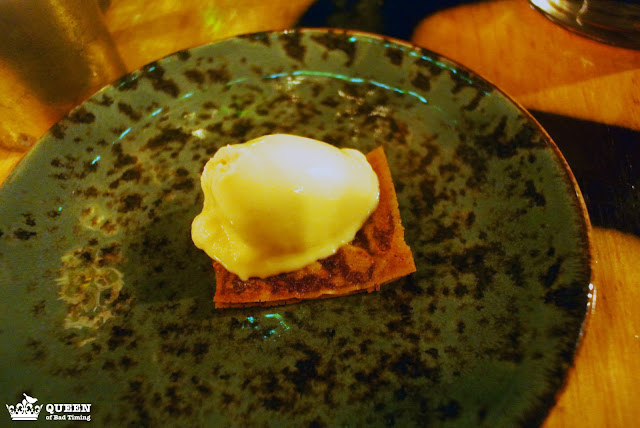 The menu at Enrique’s is simple and pretty non-descript. It looks very cool though, with hollowed out books that have the menu pasted inside and backlit by glowing pink. It does make it a little tricky to pick what to order with no descriptions but simple things like ‘prawns’ or ‘carrot & asparagus’, but it does make things a little more interesting. We basically need to follow our instincts, and both Jeremy and I are okay with that!

While deciding on what to order, we pick a couple small items to share and get us started. First up is the Pig and Parmesan ($4.50 each). It’s a jamon tuille, topped with a small scoop of organic reggiano parmesan ice-cream.

The taste of this is like a strange twist on ham and cheese. The jamon is salty, the cracker crisp. The ice-cream is chocked full of parmesan flavour, and icy cold. I like it, but out of everything we ate at Enrique’s, it’s my least favourite – and quite expensive for the size. 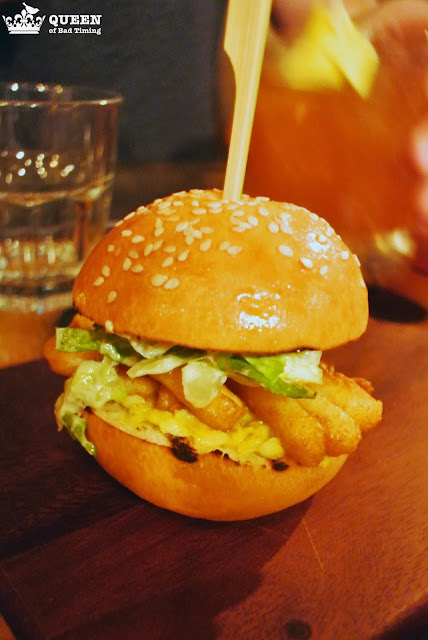 The Squid Slider ($8.50 each) is the best dish of the night for both Jeremy and I. Buttery, soft brioche bread that’s toasted on the inside and glossy on the outside.

The filling inside is unlike any slider I’ve had before – crunchy tubes of squid that’s accompanied by creamed corn, jalapeno relish and crisp lettuce. Every bite is amazing, and I highly recommend trying this if you ever visit this place. It really made an impact on us both. 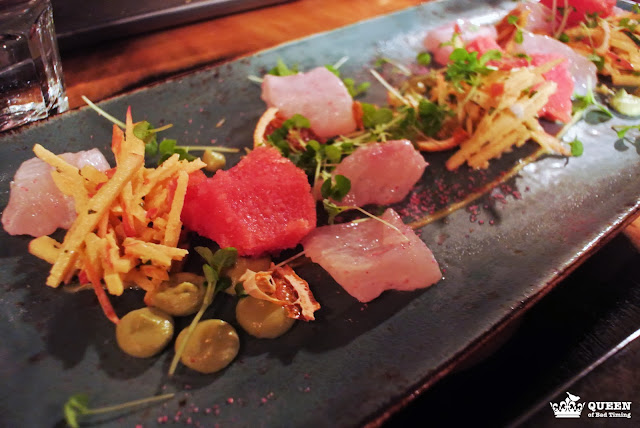 Upon recommendation from a colleague at my work, I insist to Jeremy that we order the Ceviche ($19). It’s a dish that always appeals to me, and this one looks really fresh and vibrant.

It comes out on a long plate, with soft chunks of white fish, blood orange salt, blood orange ice, avocado cream, dehydrated orange slices and apple slaw. There’s a great sprinkling of micro herbs over the top too.

The fish is silky smooth, the avocado cream punchy and sweet. I like the orange ice, which is somewhere between a sorbet and a granita, and is tart – a pleasure and assault on the palate at the same time. The apple slaw in particular is delicious; those little baton sticks crunchy and the opposite texture to the fish. 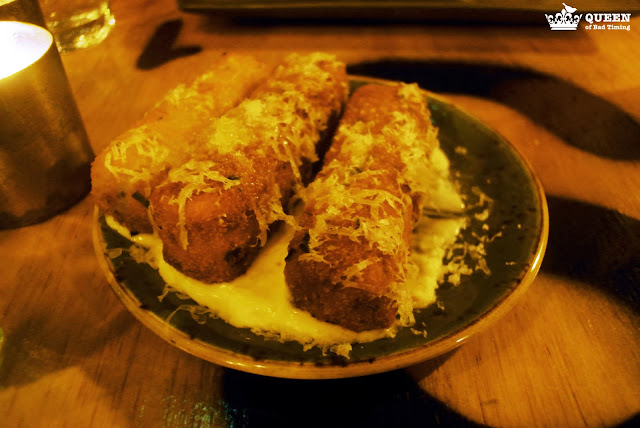 As an afterthought when we’re ordering our dishes, I add in Chips ($8.50). They come out to the table about midway through our meal and I can see that they were a great thing to pick. These aren’t your standard chips by any mean.

Three thick logs of soft mashed potato inside and crisp crumb on the outside sit atop of a truffle mushroom paste mixed with a manchego aioli. There’s a liberal sprinkling of parmesan on top that are melting in to the crust.

Don’t let the dodgy photo fool you, these are a great showcasing of potato. The filling inside is pillowy and well seasoned, and the sauce underneath is plentiful and moorish. The truffle essence is strong, and as a huge fan of truffle, it is well showcased here. 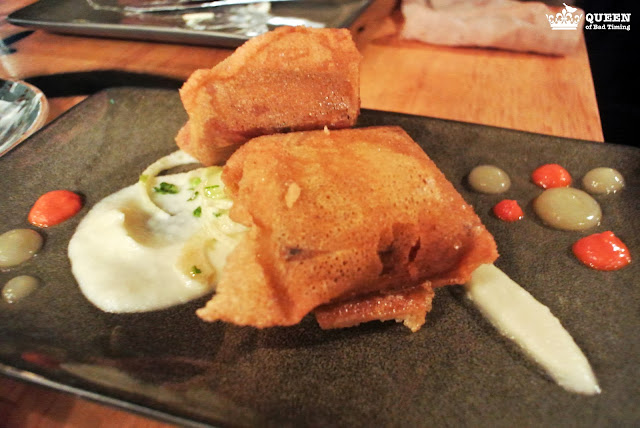 The pastry around the pork is delightfully crunchy, the cauliflower puree smooth and silky. The pork inside is mostly tender, but there are some sections that are dry and needed the puree to make it more palatable. But the parts that were tender, they made the dish work so, so well.

While the pork was to Jeremy’s tastes, the Beef Hash ($27) was definitely to mine. The most expensive dish on the menu, this is organic beef hash patties, carrot compote, jalapeno remoulade and smoked beetroot crisps.
Though pricey, I did love the elements and the execution of this dish. I had expected a crunchy beef hash, but this was softer, with a slight char on the outside and raw on the inside. Lucky for me I like my beef rare so it was very appealing – well seasoned and enhanced by the sweetness of the carrot and crunchiness of the remoulade on top. The beetroot crisps were smokey and flavoursome – and definitely moorish. I could see myself destroying a bowl of these quite easily. 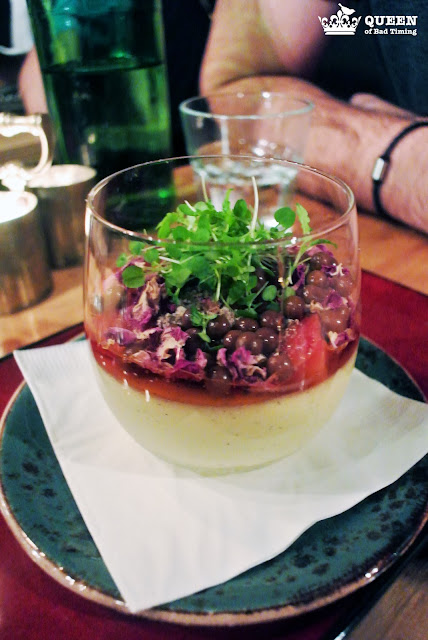 After our savoury dishes have been finished, we’re both pretty full. But a good night out should always include dessert so we decide to share the Catalan Custard ($9).

Runny, sweet custard is topped by a strawberry salad, rose petals, rose syrup, crunchy chocolate balls and micro herbs. The textures and flavours are intricate and diverse. At first bite the rose is overpowering, but the more we dive into this, the more I find it really working. The chocolate reminds me of coco pops covered in milk chocolate, and the big chunks of strawberries are sweet but fresh.

I’m not so sure I could tackle this dish on my own, but together it’s a great way to finish up our night at Enrique’s School for to Bullfighting (where the waiter’s shirts say ‘Enrique says relax’) and leaves a deliciously sweet aftertaste in our mouths.

It was a night of some really different dishes than your standard Perth fare, and was a great showcasing of the kind of impact a pop up restaurant can have. I really enjoyed the meal – there were some dishes which were just okay, but there were some real winners. The prices for some dishes are a little steep, but I will happily go back for another squid slider before Enrique’s leaves us next year.

Lunchtime treats for our Jaws