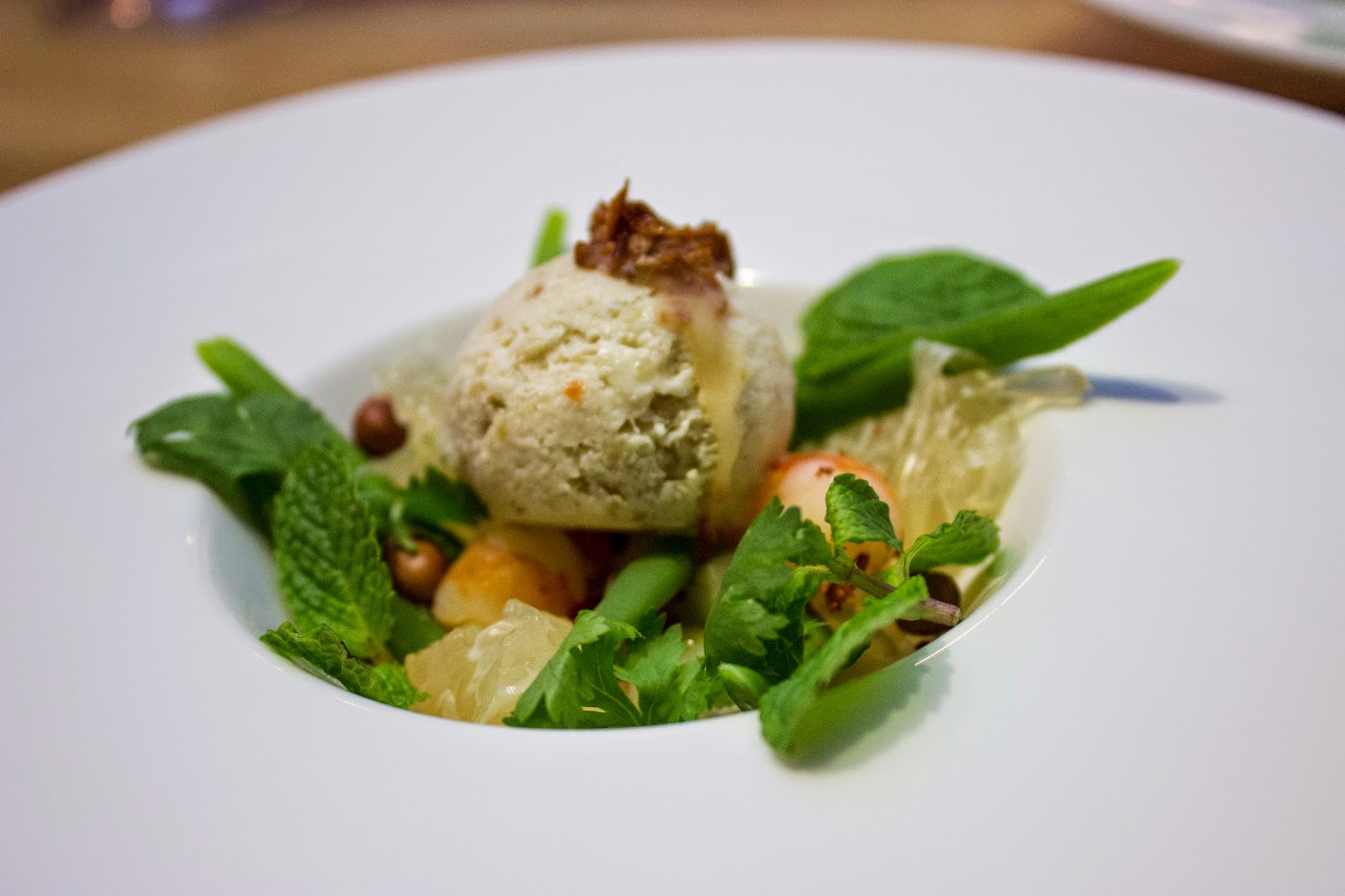 At the start of March this year I was fortunate enough to be flown over to Singapore to represent Perth at the Chowzter Tastiest Feasts of Asia Awards. It wasn’t only just a fantastic ceremony at Wild Rocket, it was also a whirlwind long weekend of non-stop eating.
What I particularly liked about having a ceremony for the Tastiest Feasts was that it helped put the spotlight on local delicacies, small businesses and hidden treasures. I was pretty proud to nominate and have three Perth restaurants in the finals:
– Tastiest chicken dish: The Old Crow’s fried chicken sandwich
– Tastiest sweet dish: Mrs S’s rose pannacotta
– Tastiest breakfast dish: Harvest Espresso’s grilled octopus, chorizo, hummus and poached egg 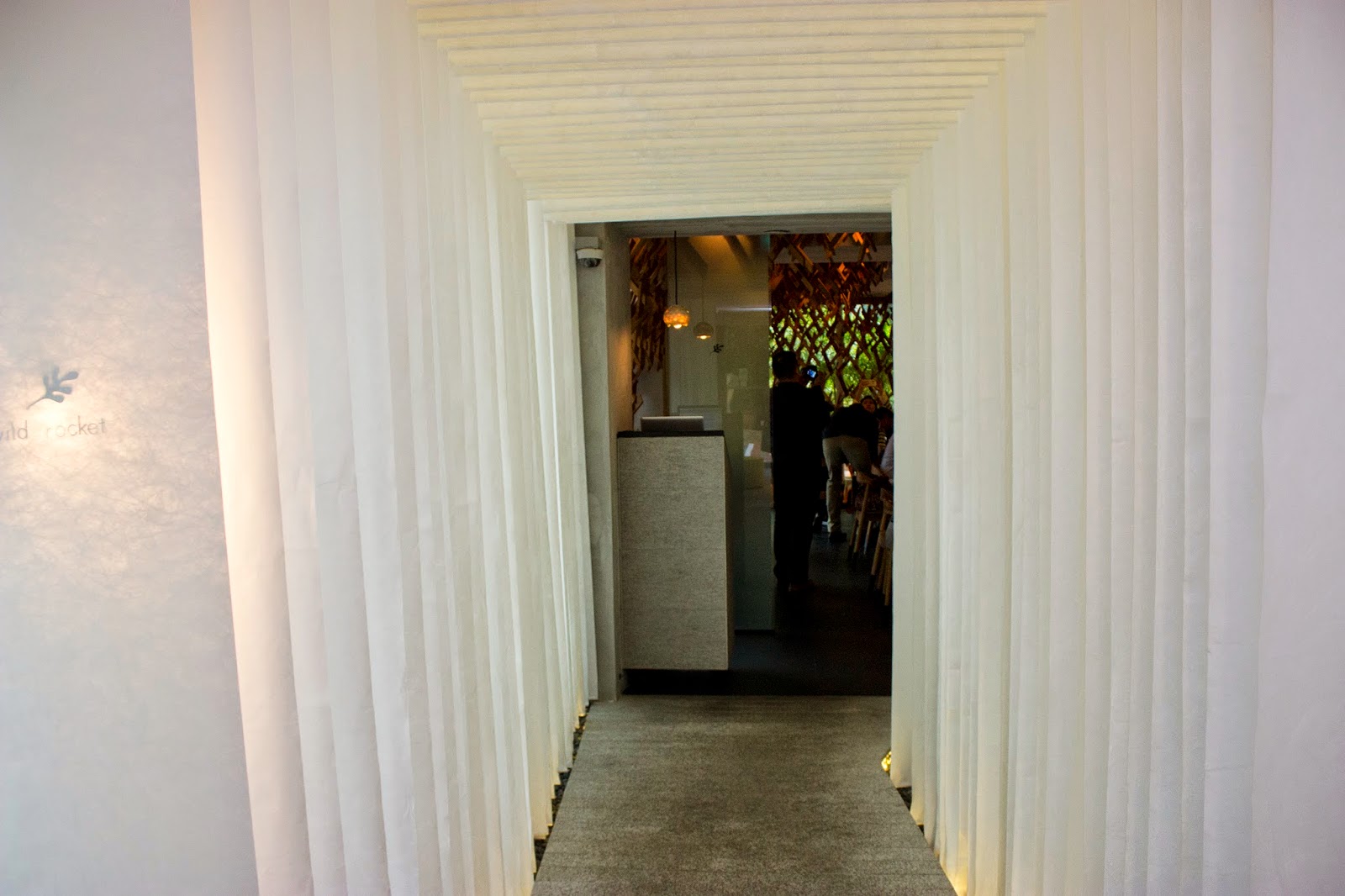 Having the award ceremony at the end of our trip was a great way to finish things off with a bang – and some very delicious food in an intimate setting! Wild Rocket at Mount Emily Park in Singapore is tranquil and serene, with the interior and part of the exterior made up of 15,000 wooden meranti batons.

Run by Chef Willin Low, the restaurant is focussed on Modern Singaporean food. He draws inspiration from hawker food, taking apart traditional dishes and reassembling them to create something new. But in everything he does, the spirit of the dish and flavours are maintained. I was really excited to eat there as well as experience the awards ceremony with my fellow Chief Chowzters. 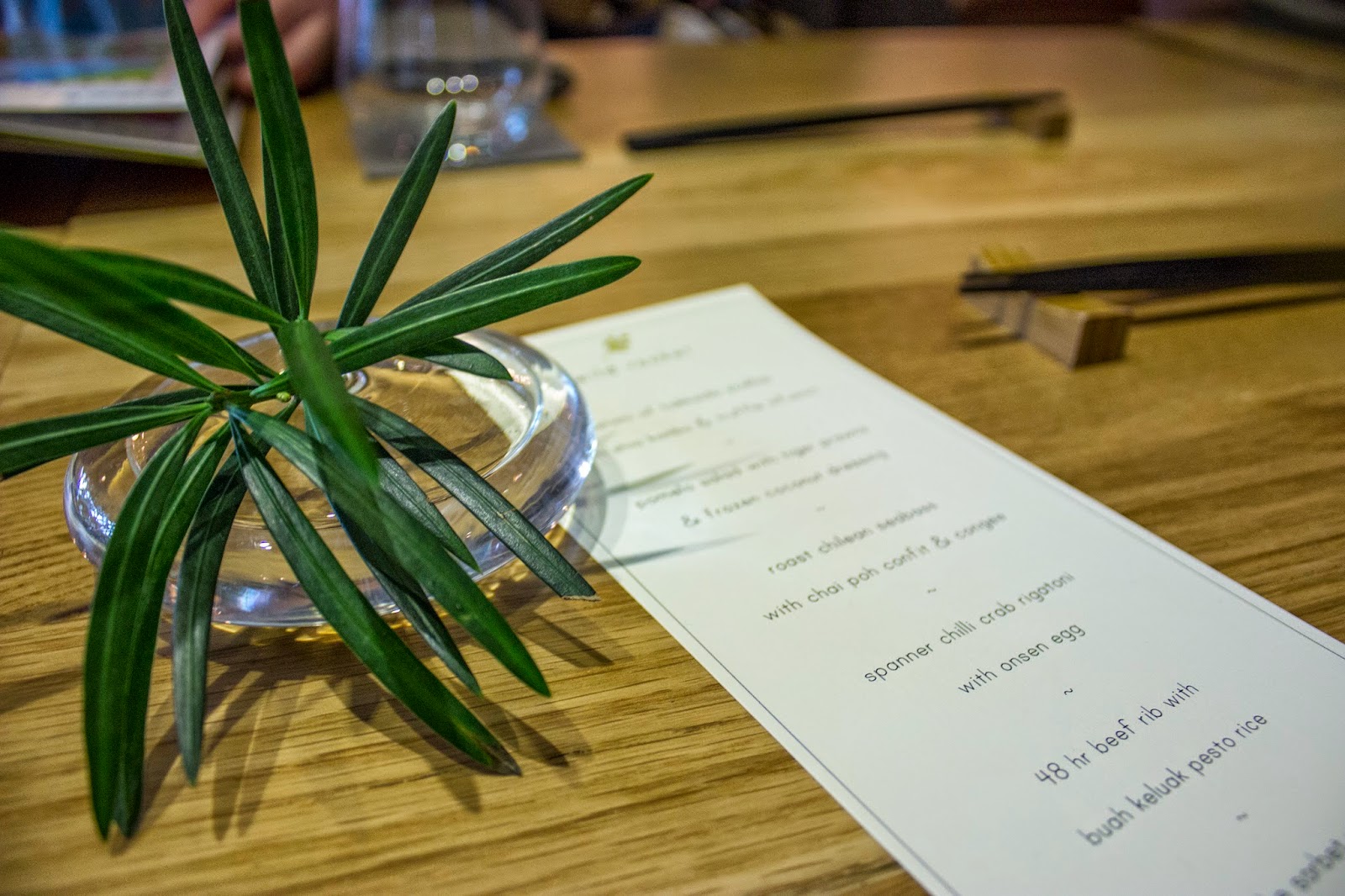 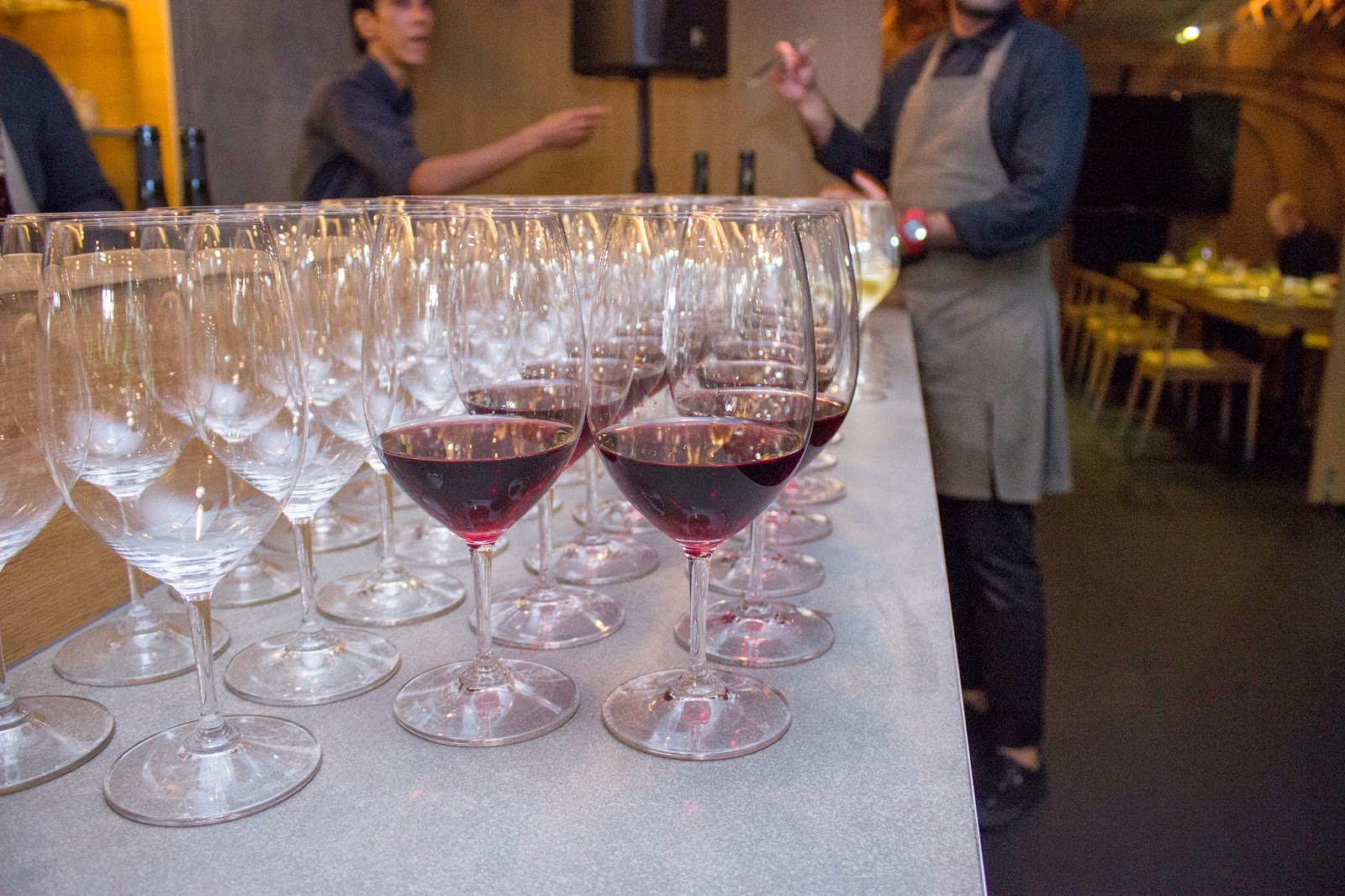 Taking the bus up to Mount Emily Park, we all settled into the restaurant and took in the beautiful set up, plus relaxed with some lovely wine. The awards were spread out between courses for the night, officiated by Phil Donne, with the Chowzter from each winning city’s restaurant coming up to accept the trophies and to share the experience of the food with our group.
The evening’s dinner was spectacular; a modern degustation with some really memorable courses. It was exquisite, the company was fantastic and the overall vibe great fun because it was a group of food-obsessed individuals from throughout Asia, all there to celebrate one another’s city’s successes and culinary prowess. 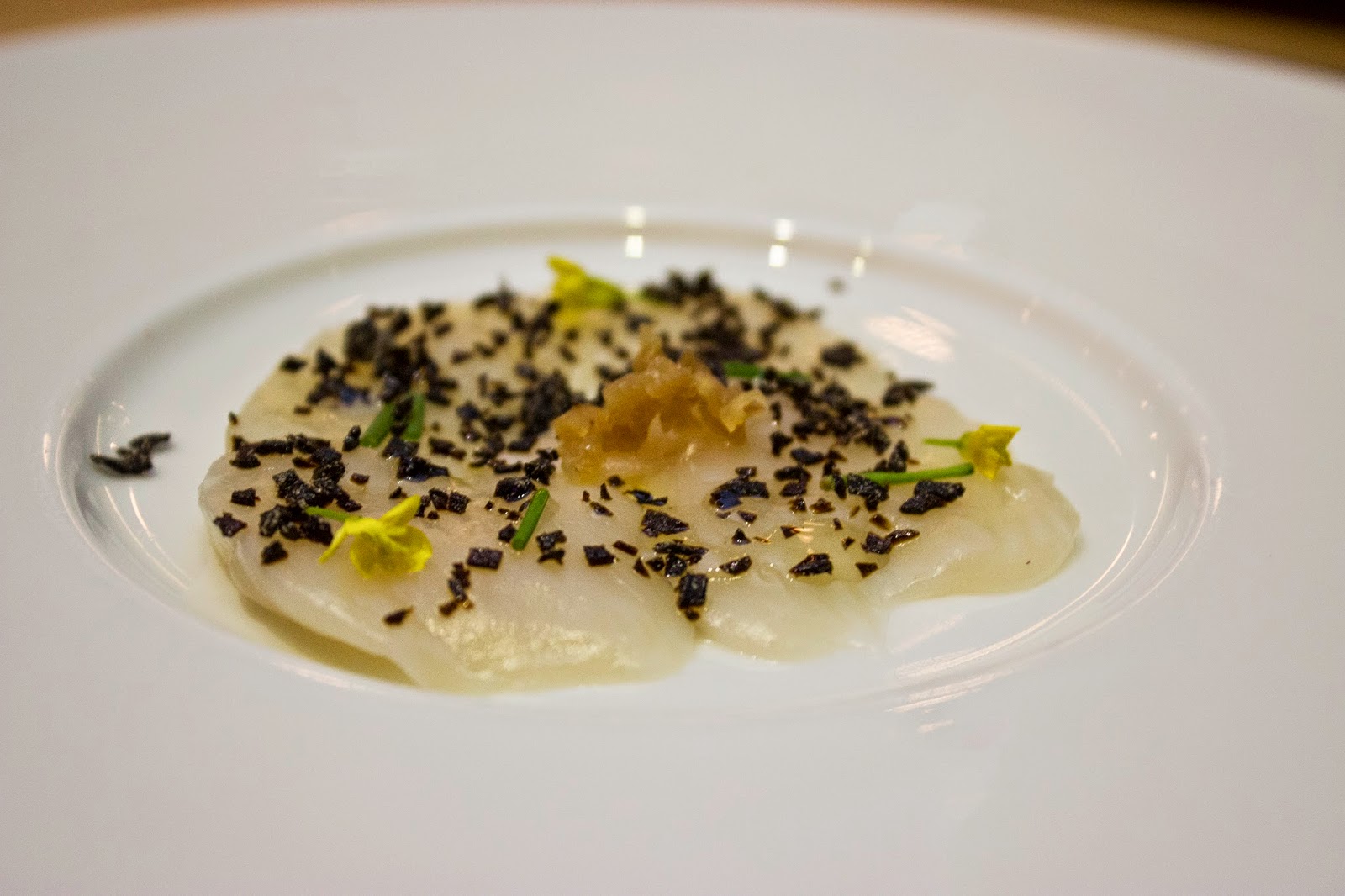 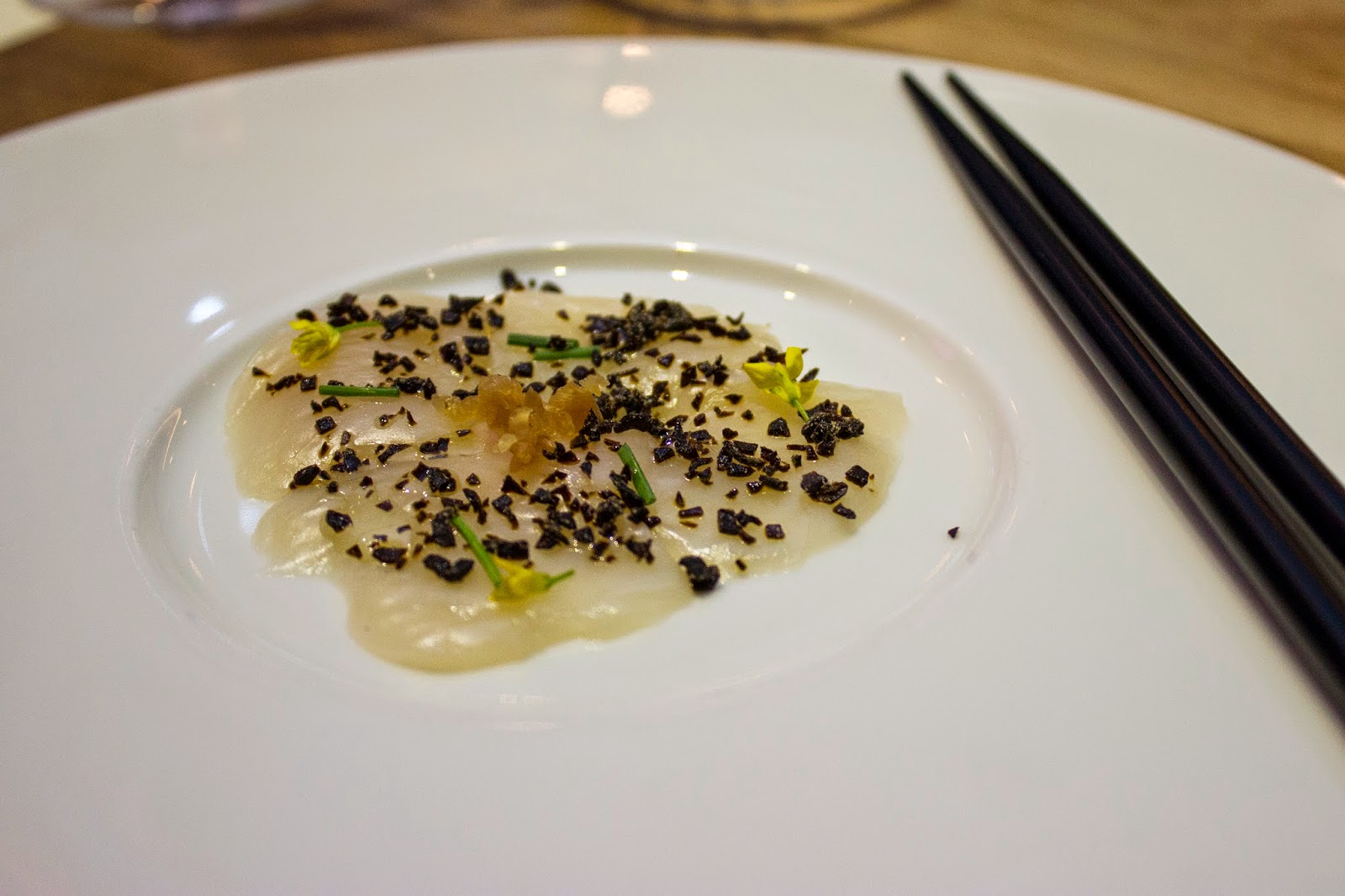 Our meal started off with a delicate plate of sashimi hokkaido scallop with shio konbu and truffle infusion. Visually it was quite a captivating dish, and taste-wise it definitely impressed. The sashimi was so fresh and sweet, the truffle generous and earthy. The little pops of konbu offered some salty goodness to add to the flavour profile.

It was a really good way to start our dinner and to have the taste lingering on our tongues as we enjoyed the first round of awards presented. 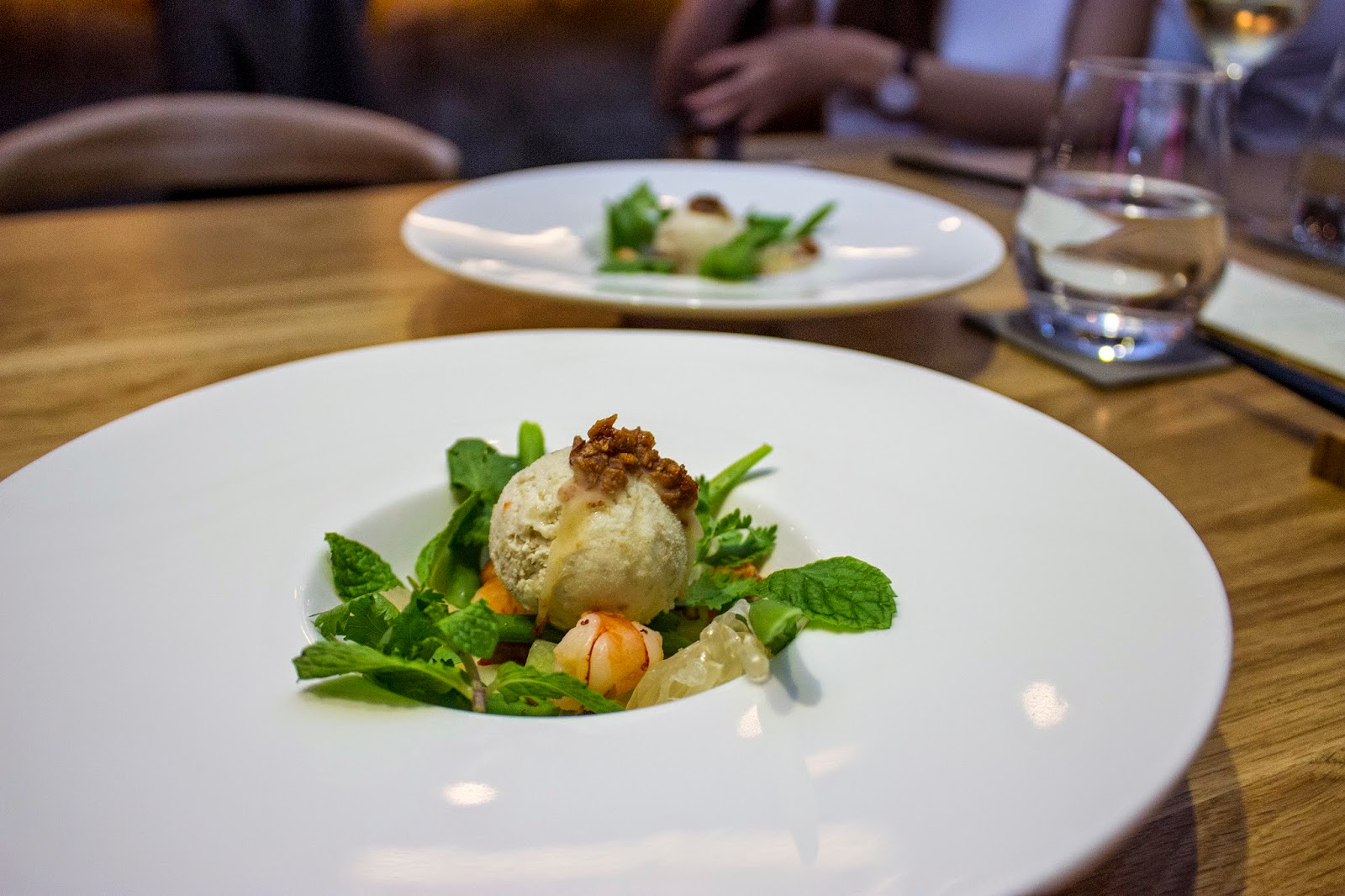 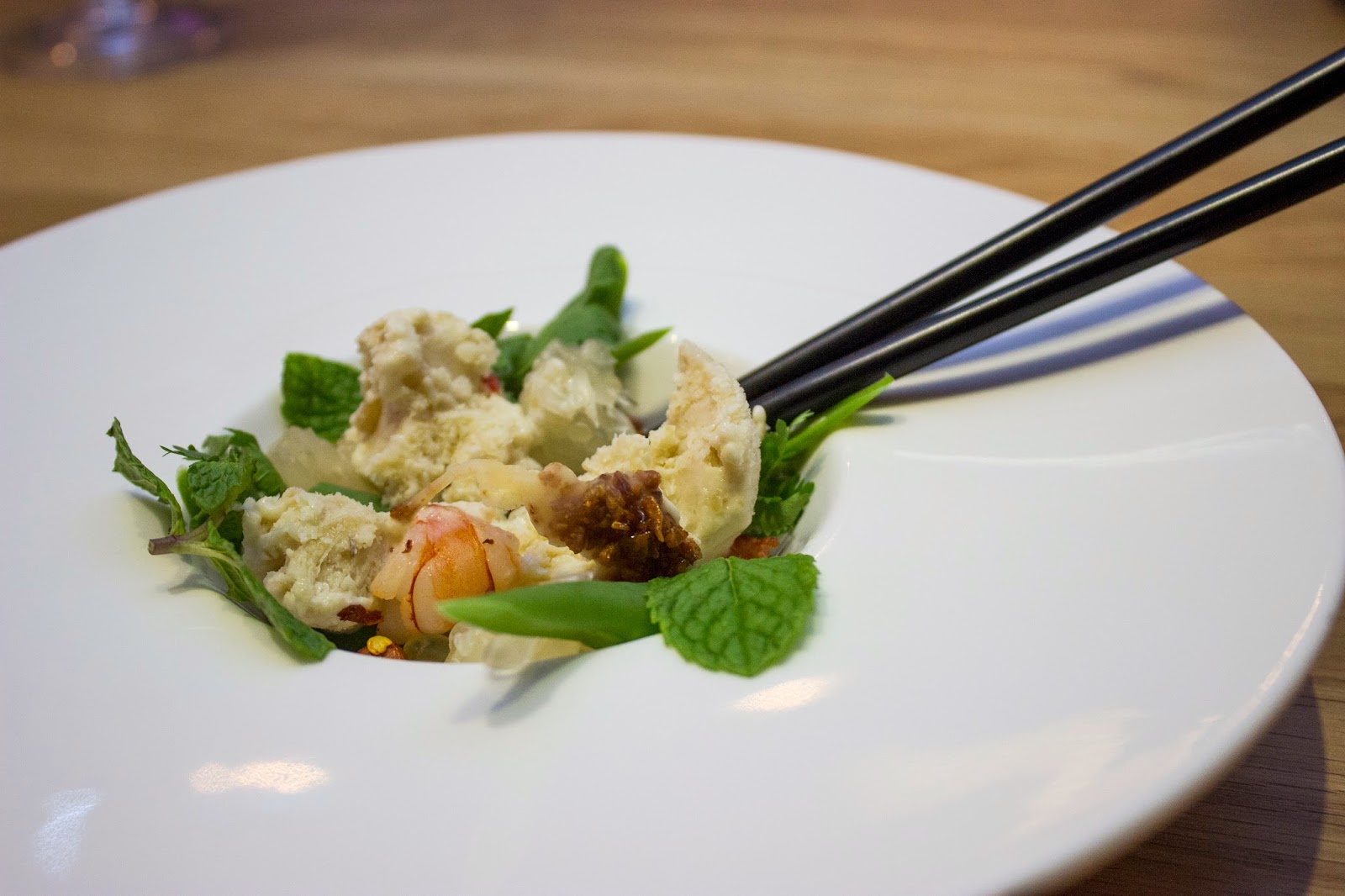 The second course for the evening is easily the favourite amongst myself and the other bloggers on my table. A beautiful and inventive pomelo salad with tiger prawns and frozen coconut dressing. The flavours of this dish were crazy – distinctively Asian but modern and refreshing. I loved the coconut ice-cream which melted quickly and acted like a dressing – brilliant! I would go back for this dish again and again. 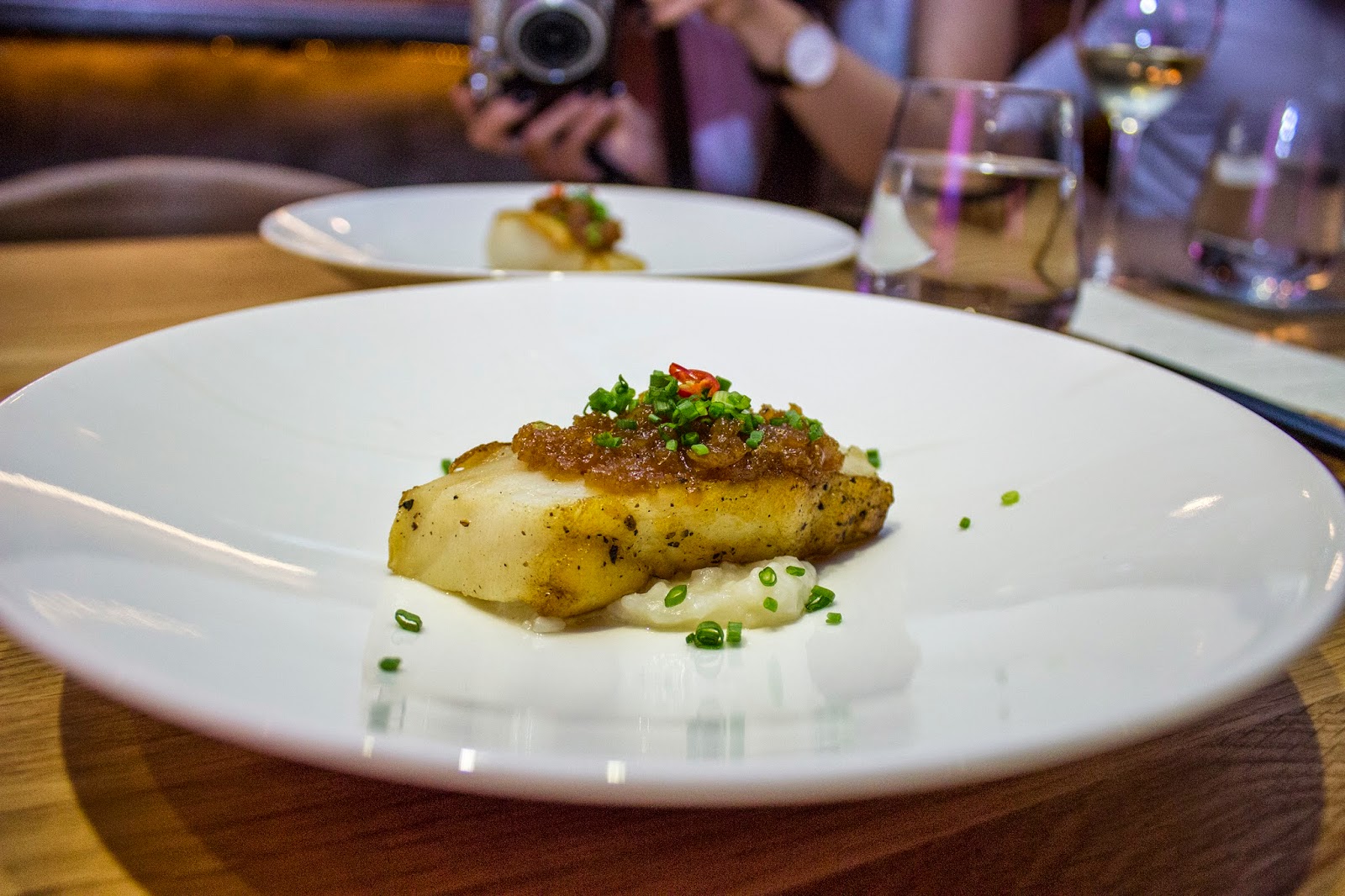 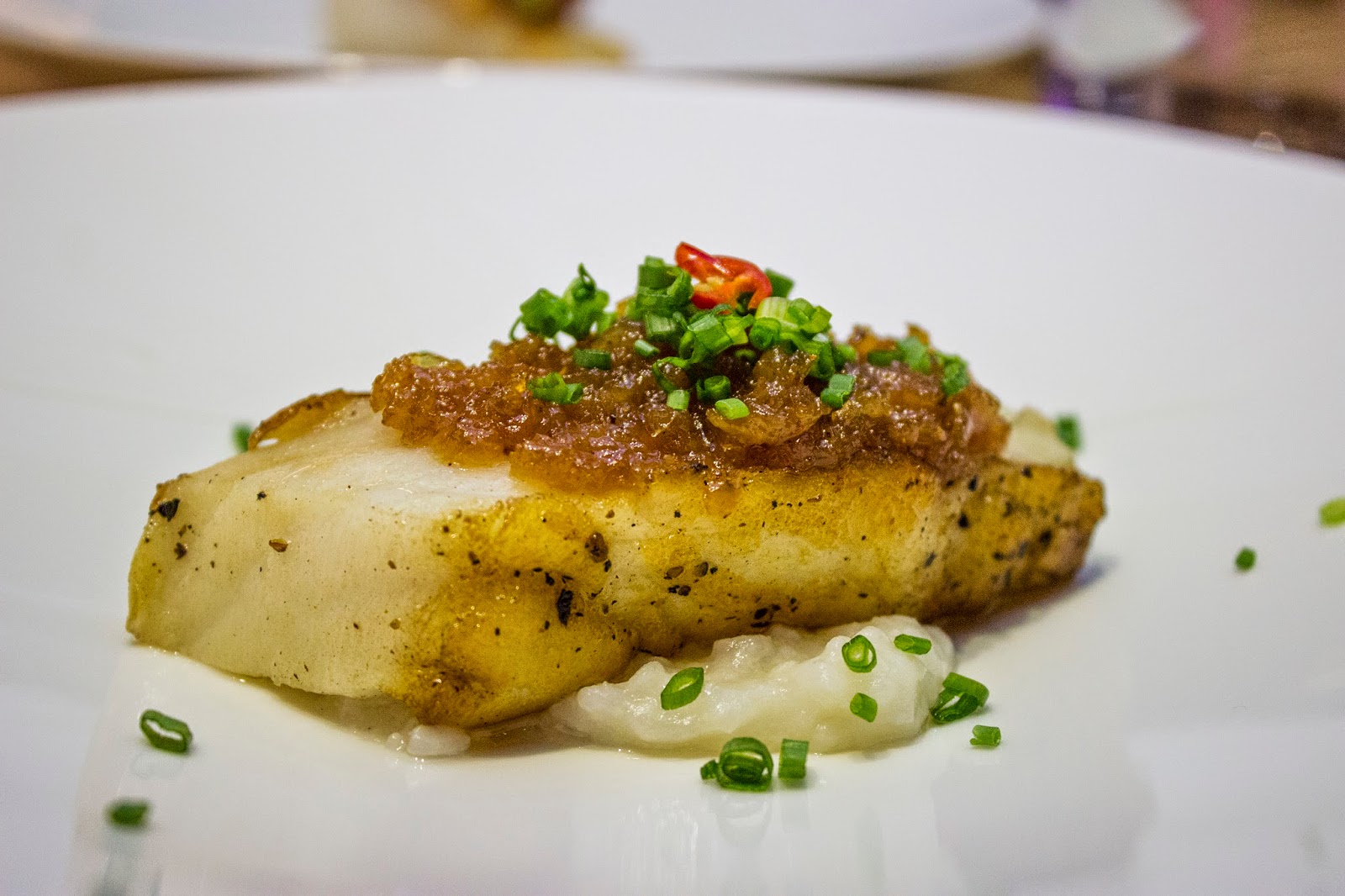 The third course of roasted chilean seabass with chai poh confit and congee was another great example of modern Singaporean fare. I love my toothfish (otherwise known as chilean seabass) so this was a dish made for me considering congee is easily one of my favourite dishes ever. Something I’ve grown up with and never wavered in my love of.
The fish flaked apart with ease, revealing a steaming and soft flaky centre. It’s such a succulent fish, and the preserved radish on top added some piquancy and depth of flavour. The congee underneath was more to the style I’ve grown up with at home, where the rice is left to shine without a heavy hand of accompaniments. 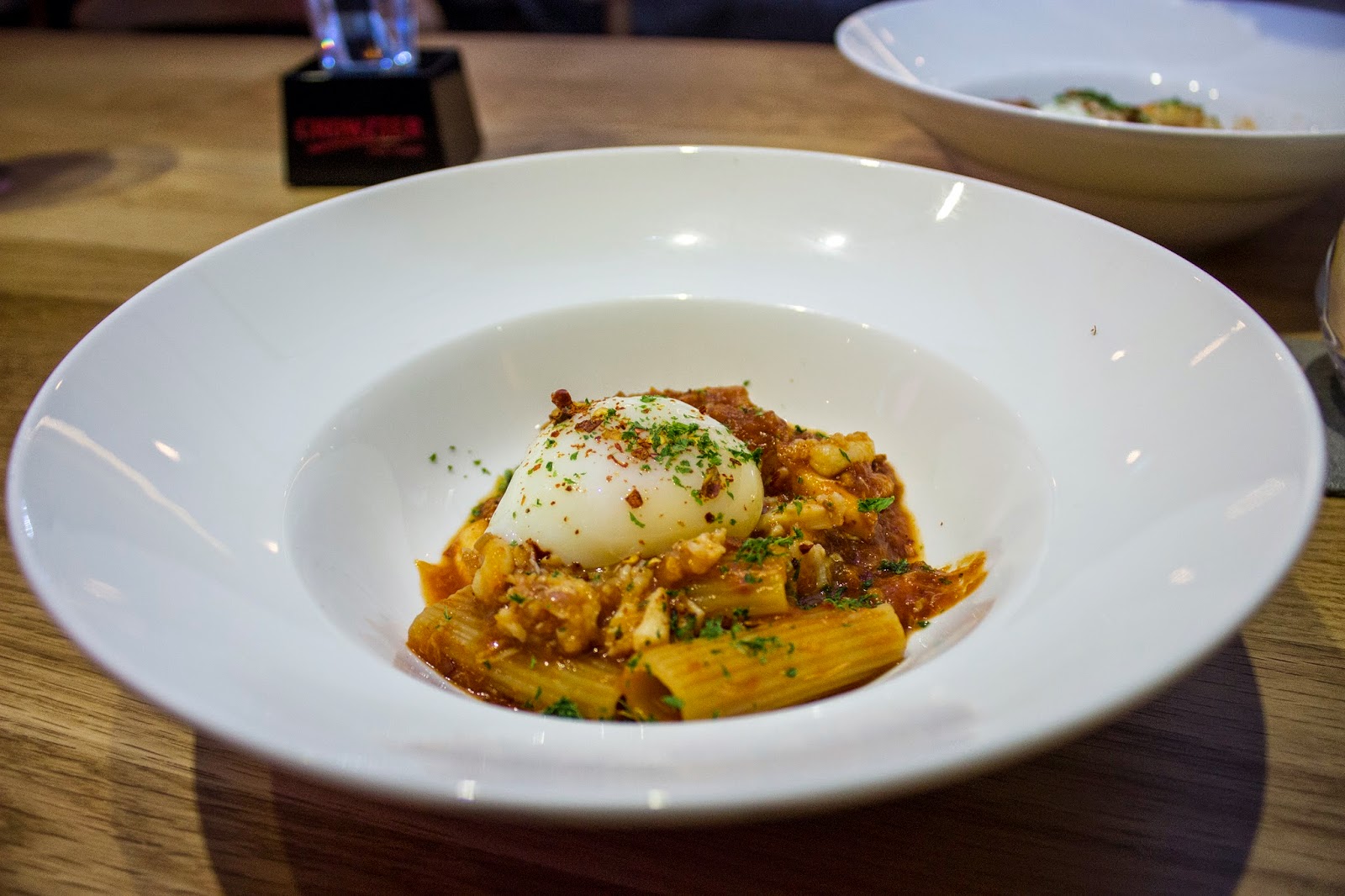 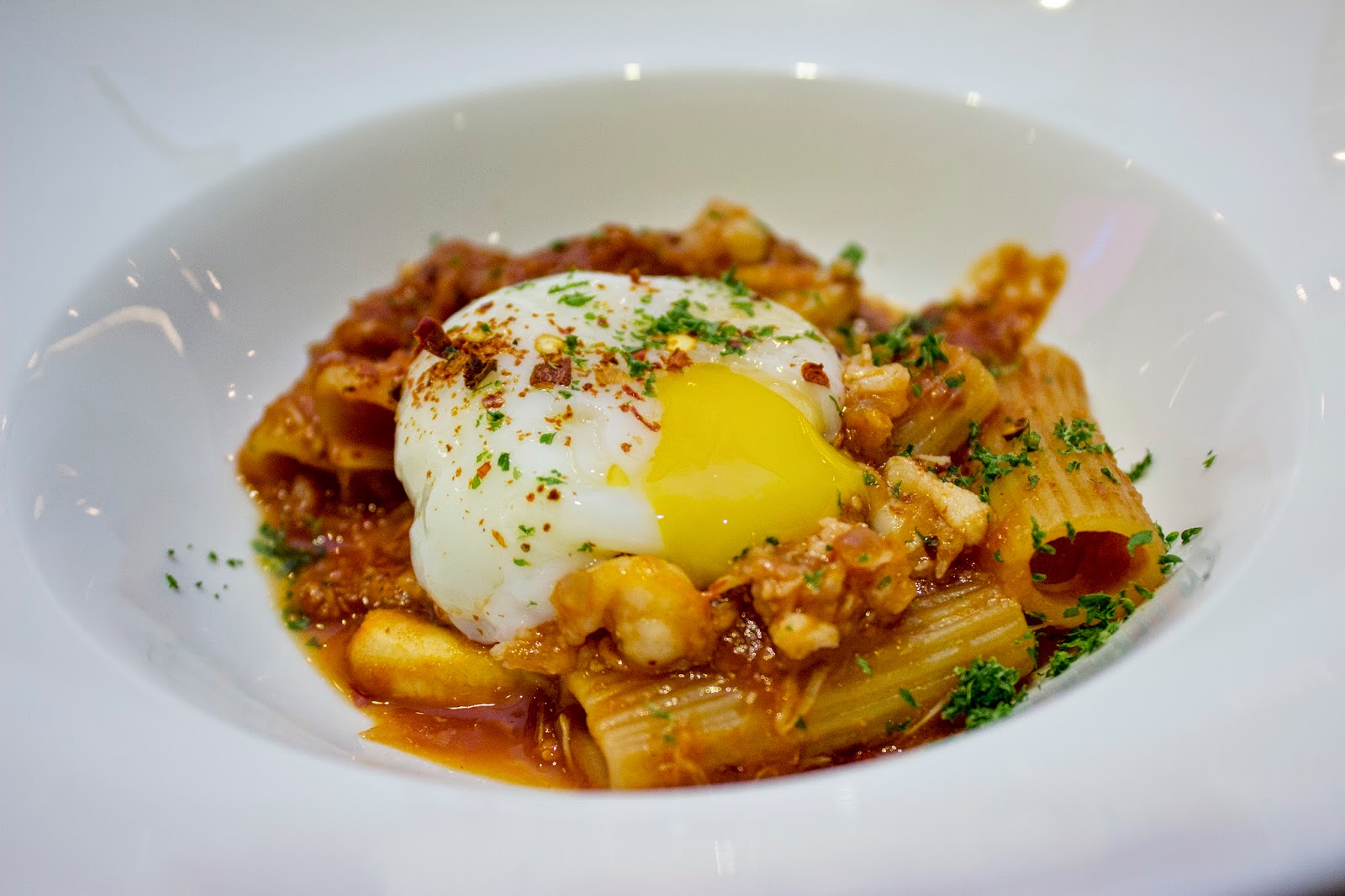 The fourth course had everyone divided throughout the room, but my table and I all really relished in the flavour of the spanner chilli crab rigatoni with onsen egg. It was a playful nod to Italian pasta, cooked al dente and with a sweet tomato and chilli sauce.
I did find the dish a little too sweet given the sauce and the meat of choice, however the egg played an important role, cutting through the flavours and acting as a secondary sauce. I do love my egg! For me, the final savoury course was my least favourite – though still a tasty dish. Comprised of a tender 48 hour cooked beef rib with buah keluak pesto rice, it was melt in your mouth and had just the right fat to meat ratio. The rice was nutty and texturally diverse and did accompany the meat well. I would have liked to see a lot more of that creamy buttery sauce on the side as once I’d dunked my meat once it disappeared! 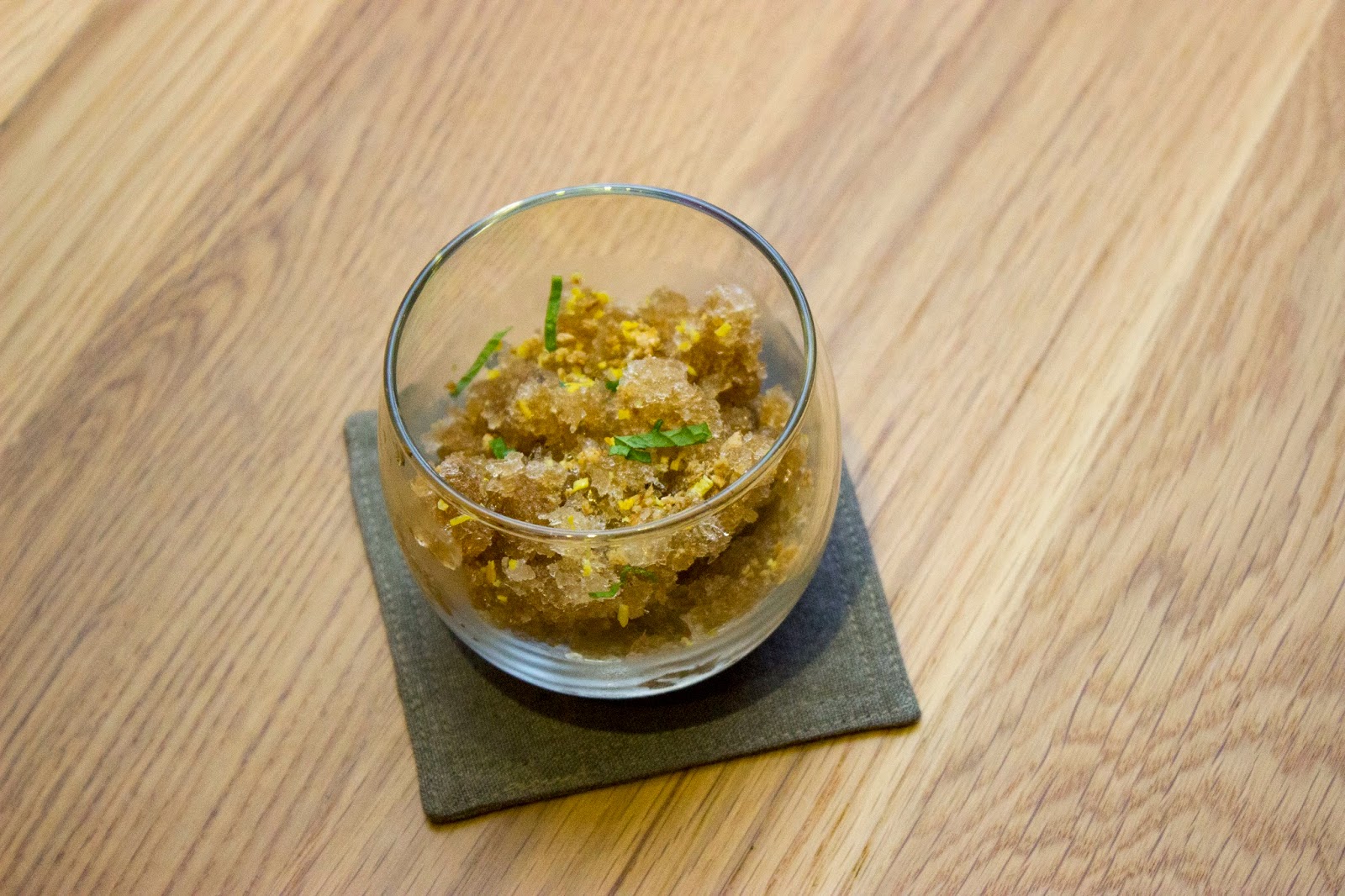 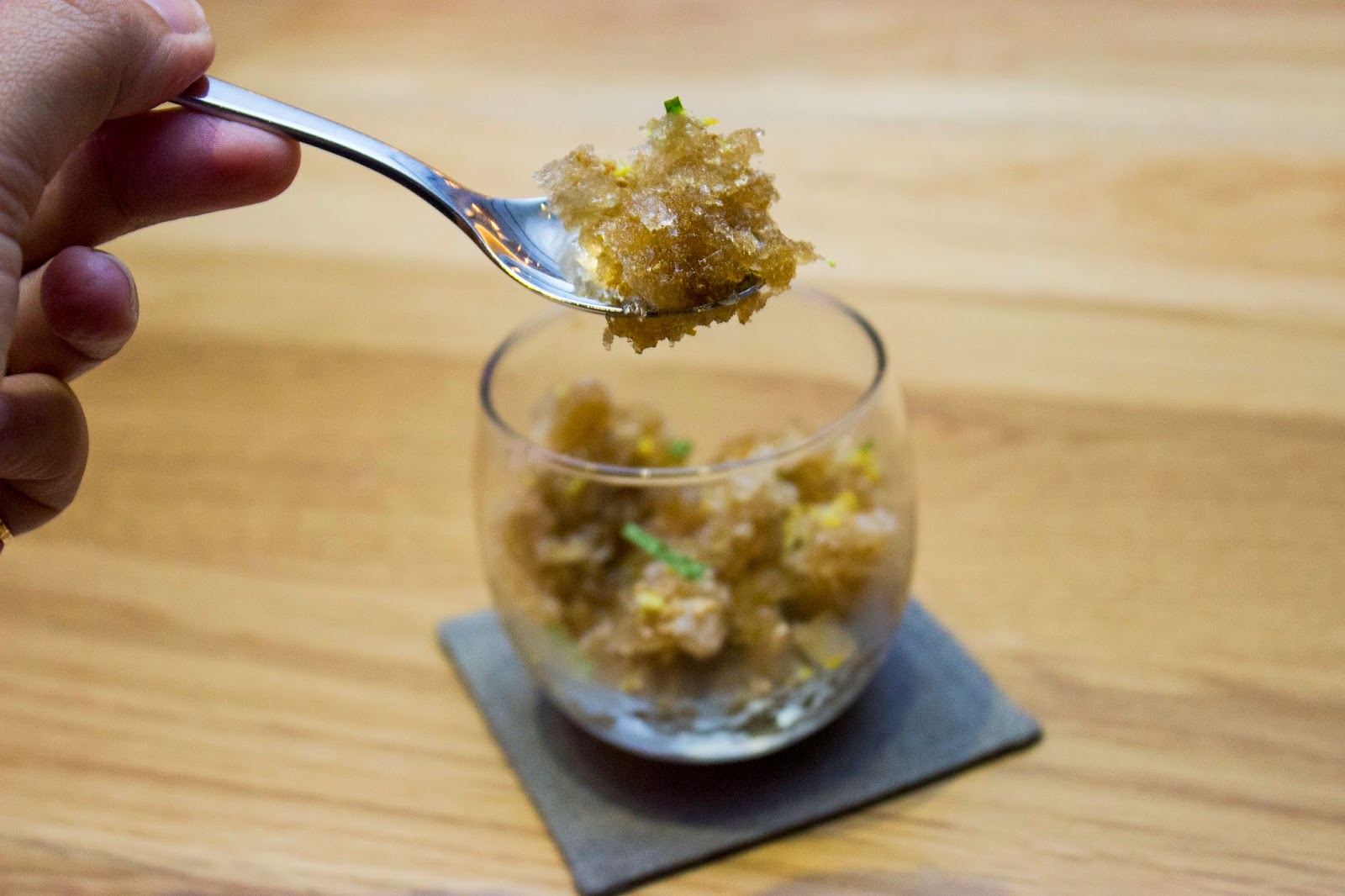 We finished our beautiful meal at Wild Rocket with a salted coke sorbet with lemon dish. For me this was a mixed bag. The salted coke was very innovative and presented lovely, however it was more of an icy granita than a sorbet. The lemon and herbs were a clever addition but I did miss the promised salt flavour.
It was a refreshing dish, but I felt like this was more of a palate cleanser than a dessert – so I have to admit I did find myself craving a sweet ending… not that I could have fit it in because I was pretty much stuffed to the brim by this stage!
But as incredible as the food at Wild Rocket was, we were there for some very important awards. Scroll down below to see those who took home a shiny Chowzter trophy! 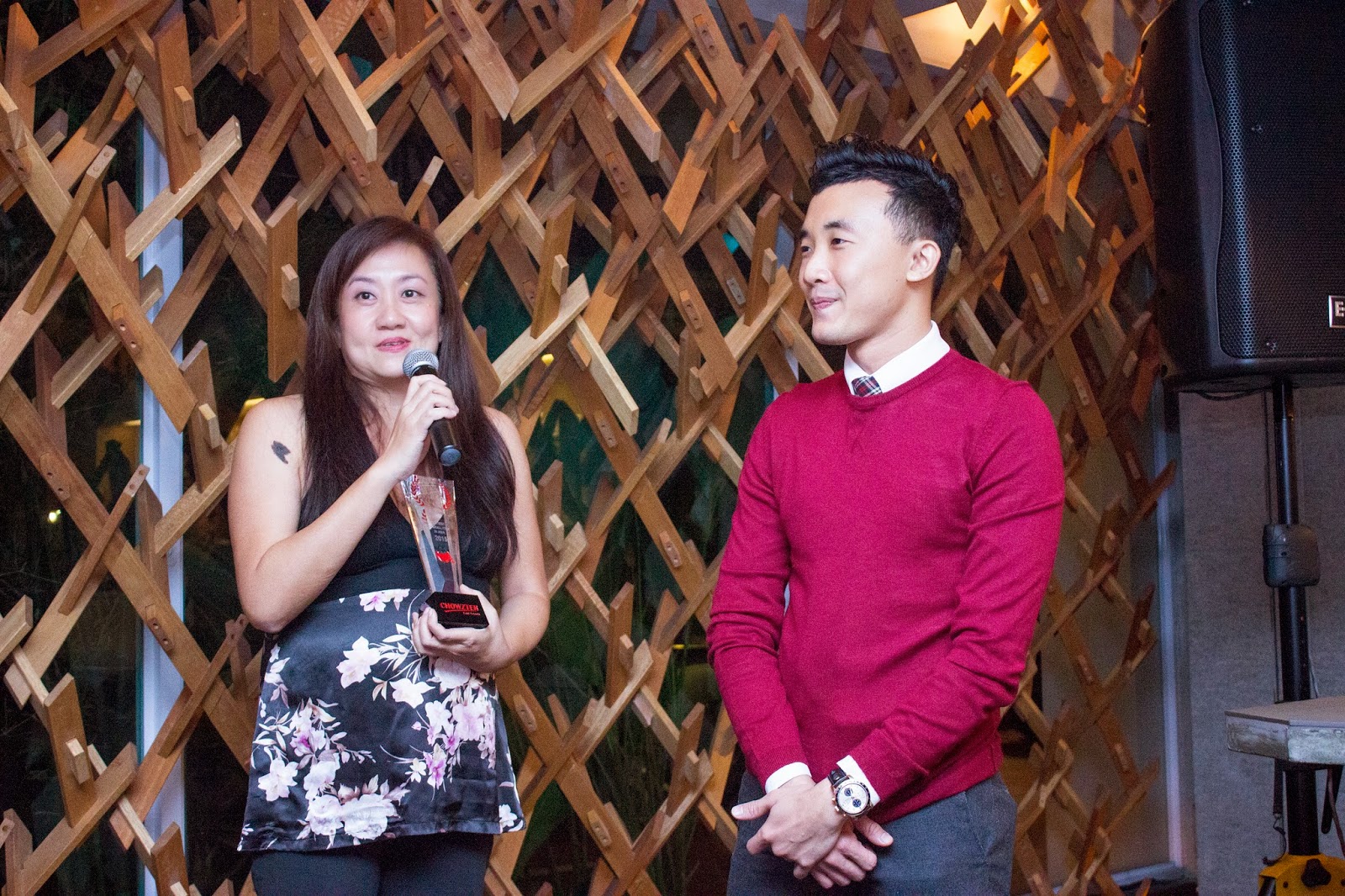 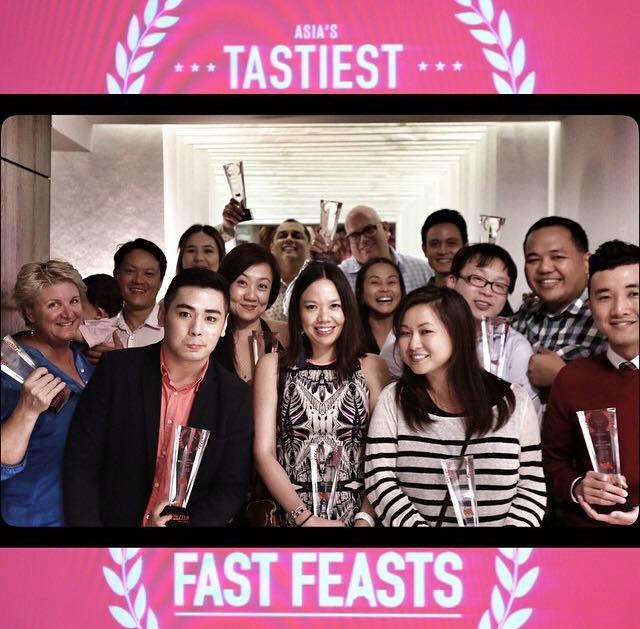 It was such a great unveiling and to see just how wide spanning and diverse the food scene in Asia is. And best of all, one of my Perth nominations was awarded as a winner! It was a big cause for celebration, and I was all too happy to drop in to Harvest Espresso when I returned to Perth to award them with their trophy.

Thanks again Team Chowzter for an incredible and memorable trip to Singapore, and the experience of meeting so many other fab foodies. 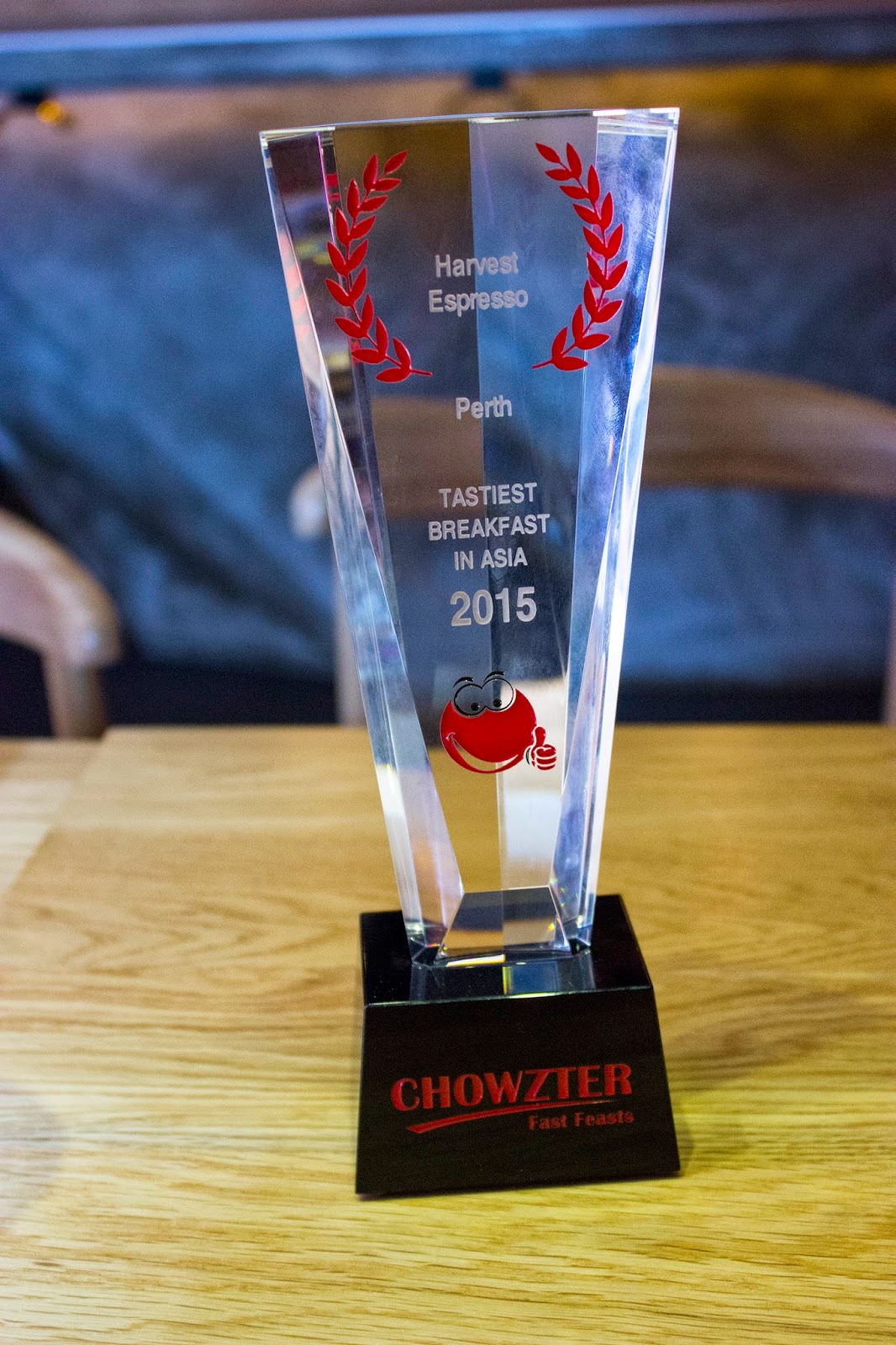 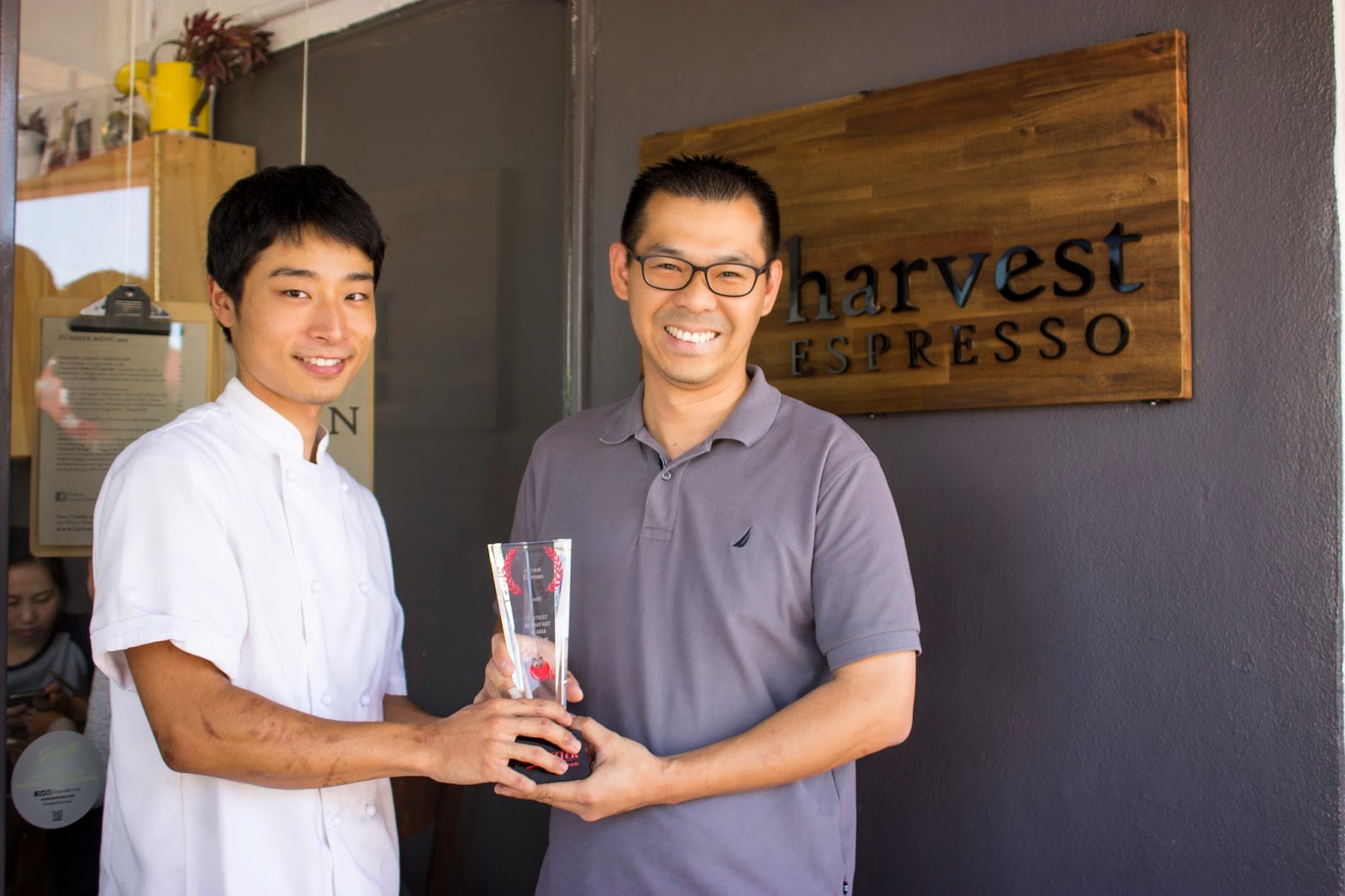 Crisp, crunch and cream at The Sarapan, Victoria Park

Romance is in the air at Balthazar